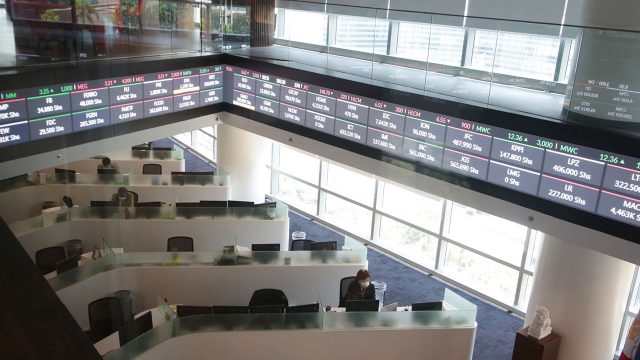 PHILIPPINE shares picked up on Monday as Omicron fears subsided and on expectations that inflation slowed last month.

“Outside the country, investors are assessing the impact of Omicron variant on their open positions,” Regina Capital Development Corp. Head of Sales Luis A. Limlingan said in a Viber message.

Initial data from South Africa, the epicenter of the outbreak of the Omicron variant, don’t show a resulting surge of hospitalizations, Bloomberg reported.

Headline inflation likely eased in November amid a slower rise in food prices and a drop in pump prices, analysts said.

A BusinessWorld poll of 18 analysts yielded a median estimate of 4% for the November inflation, which is near the upper end of the 3.3% to 4.1% estimate given by the Bangko Sentral ng Pilipinas (BSP).

If realized, last month’s consumer price index will be within the 2-4% target of the BSP and slower than the 4.6% in October but quicker than the 3.7% logged a year earlier.

The Philippine Statistics Authority will release the November inflation report on Tuesday, Dec. 7.

The BSP has kept benchmark rates at record lows since 2020 to support the economy’s recovery, and is expected to remain accommodative at least until the end of the year.

Net foreign selling increased to P269.52 million on Monday from the P181.60 million logged on Friday.

Timson Securities, Inc. Trader Darren Blaine T. Pangan said investors will look to the listing of Medilines Distributors, Inc. on the PSE on Tuesday for leads.