Senator Cynthia Villar has been championing campaigns that will protect the environment at the same time provide other benefits to people, communities, and even industry sectors. Among which is waste management, which really affects everyone, from households, businesses and the entire communities. It has been her advocacy for decades.

Composting is one of the most effective ways of maintaining healthy soils as it brings back nutrients to the soil. It is recommended by no less than the United Nations’ Food and Agriculture Organization (UN-FAO). FAO warned about some agricultural practices such as the use of chemical-laden fertilizer and pesticides that damage and deplete soil’s organic matter that leads to loss of soil fertility and crop damage too. In the Philippines, 38 percent of soil are degraded.

As chairperson of the Senate Committee on Agriculture and Food, Senator Villar is aware that healthy soils are crucial in an agricultural country such as the Philippines, where soil degradation is at 38 percent. According to FAO, the world population is estimated to reach 9 to 10.5 billion by 2050, the health of the soil cannot be ignored if we want to be able to provide food and sustain our soil resources.

Unsustainable agriculture practices such as the use of chemical fertilizer and pesticides contribute to soil degradation as it damages and depletesthe soil’s organic matter. Soil erosion is one of the major causes of soil degradation and biodiversity loss. It removes the very fertile topsoil and exposes the remaining soil layer.

The senator as early as 2002, when she was still a congresswoman, established an organic fertilizer facility that uses two methods of composting—rotary composting and vermicomposting. Composting centers are also set up in barangays where the collected kitchen and garden wastes from households are brought. It now has 67 composters in almost all barangays of the city, which are utilized by 70,000 households in Las Piñas.

“Composting is a waste management method that anyone can do. It also solves many problems all at once—pollution from garbage, soil degradation, savings from garbage collection expenses, food wastes among others. So, it is a very worthy household, community or city project,” said Villar.

One composting machine can produce 1,000 kilos or 67 tons of compost per month and provide livelihood to 240 families. Composting can divert up to 150 kilograms of food waste per household per year from local collection authorities.

There are about 250 private villages and subdivisions in Las Pinas divided into 20 barangays (villages). To encourage their participation, Senator Villar donated the rotary composters and the building to house the composter if the homeowner’s association or barangay would counterpart a suitable lot of around 36 square meters for it. Las Pinas has the lowest expense in waste management among the cities in Metro Manila by managing its own garbage.  It enables the city to save more than 300 million pesos annually from recycling 75% of their wastes and it was able to use the savings on social services, health centers, schools and other developmental programs for the people.

FORTY-ONE COMPOSTERS AT VISTALAND COMMUNITIES ALL OVER THE PHILIPPINES

To involve the private sector, even Villar-led companies’ have incorporated composting in their corporate social responsibility (CSR) in support of the advocacy. Vista Land and Camella Homes communities in various parts of the country also have waste management facilities. The wastes are also processed into organic fertilizer. As of December 2020, the 32 Vista Land locations are in National Capital Region, Regions 3, 4-A, and 5 (for Luzon); Regions 6 and 7 (for Visayas); Regions 10, 11, 12; and CARAGA (for Mindanao) produce organic fertilizers from kitchen and garden wastes collected from the residents.

The senator’s office distributes organic fertilizers from Villar SIPAG’s waste composting facility to  rice-producing towns in the Philippines. It is a big help to rice farmers as they do not have to buy fertilizer. It also distribute to towns and cities practicing vegetable gardening and farming. 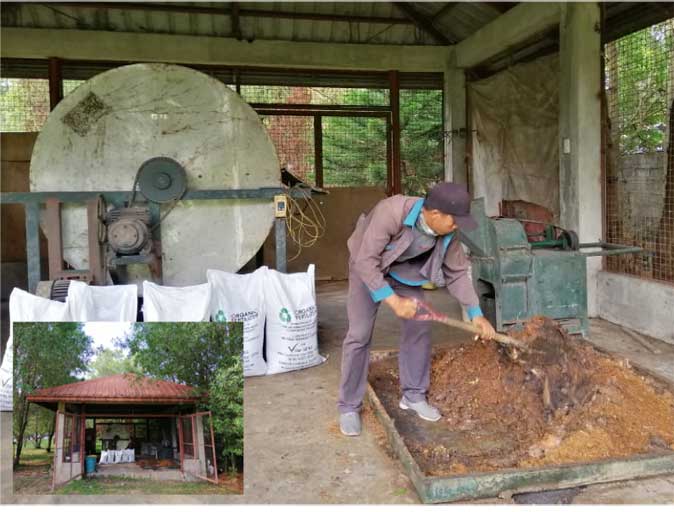 On top of her own projects, the current chairperson of the Senate Committee on Environment and Natural Resources is partnering with the government to promote waste management, particularly composting. Together with the Department of Environment and Natural Resources (DENR), Villar also facilitated in the Senate the funding for the procurement of 178 biodegradable waste shredders and composters that distributed toLGUs, particularly those involved in the clean-up and rehabilitation of Manila Bay. It can produce 1,000 kilos of organic fertilizer in a month.

The Manila Bay watershed covers 16 cities and one municipality in Metro Manila and 8 provinces–Bulacan, Pampanga, Bataan, Nueva Ecija and Tarlac in Region 3, and the provinces of Cavite, Rizal and Laguna in Region 4-A.  Besides being part of the Manila Bay clean-up strategy, Villar said, the composting facilities will help LGUs to comply with the provisions of RA 9003 or the Ecological Solid Wastes Management Act, which mandates the segregation, composting, and recycling of wastes. 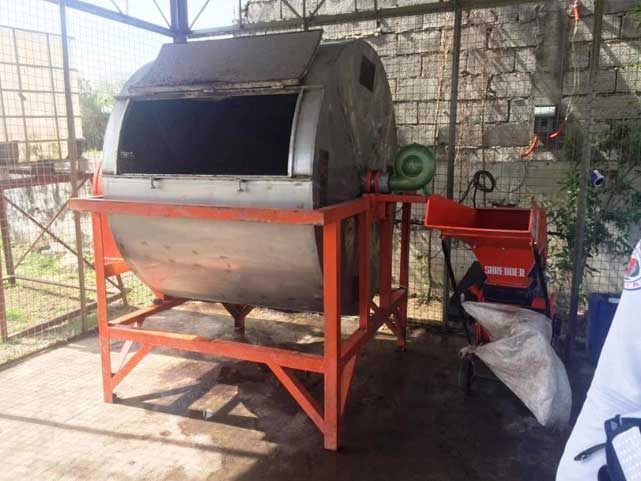 The Bureau of Soils and Water Management (BSWM) is the agency in charge of the country’s soil resources, as such it is promoting composting of biodegradable wastes. However, its efforts are not that comprehensive and extensive yet. It was only until Senator Villar recommended to BSWM to involve the Local Government Units or LGUs in composting efforts that composting gained ground so to speak.

It was also Senator Villar who introduced the Composting Facility for Biodegradable Wastes (CFBW) concept to the BWSM which adopted it as a project. From 2015 until 2019, BSWM has distributed 816 CFBWs nationwide (413 in Luzon, 174 in Visayas and 229 in Mindanao).The CFBW distributed to various LGUs is composed of one (1) unit rotary composter, one (1) unit shredding machine. 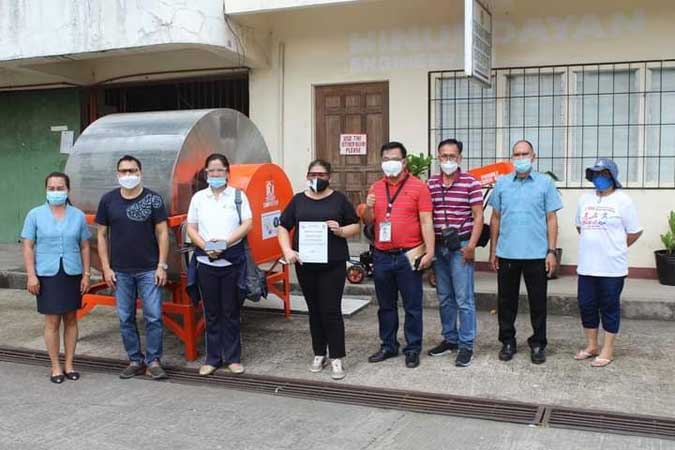 The CFBW units strengthened the institutional capacities of LGUs in terms of sorting, collecting and composting their community wastes and to lessen the dependence of the farmers to commercial fertilizers. A CFBW unit can process one to two tons of biodegradable wastes and can produce 1,000 kilos of organic fertilizer in a month.

The CFBW project of BWSM also promotes and in line with two very important laws—Republic Act No. 9003 or the Philippine Ecological Solid Waste Management Act and Republic Act 10068 or the Organic Agriculture Act authored and recently passed by Villar. The senator is also set to amend R.A. 9003 to strengthen management of plastic wastes in the country. 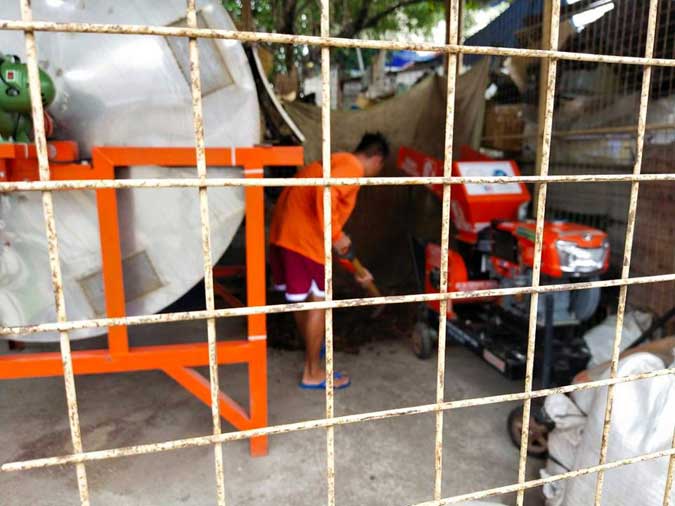 Based on data from the National Solid Waste Management Commission, an estimated 4,0087.46 tons of waste are generated nationwide per day, more than 50 percent of which are biodegradable. Thus, there is aneed to process wastes and to set up facilities near public markets and in residential areas that will convert those wastes into organic fertilizers or composts.According to FAO, composting can divert up to 150 kgs of food waste per household per year.

“It’s a win-win for everybody. By processing wastes, the LGUs can save funds that will otherwise be used in paying for garbage collection, disposal and trucking services. It helps farmers save on fertilizer expense and increase their crop production. It keeps the soil healthy, so it is environment-friendly,”said Villar.On top of that, it will bring LGUs and the country closer in becoming zero-waste as part of the sustainable development goals (SDGs).v###

A robust year ahead for Torre Lorenzo