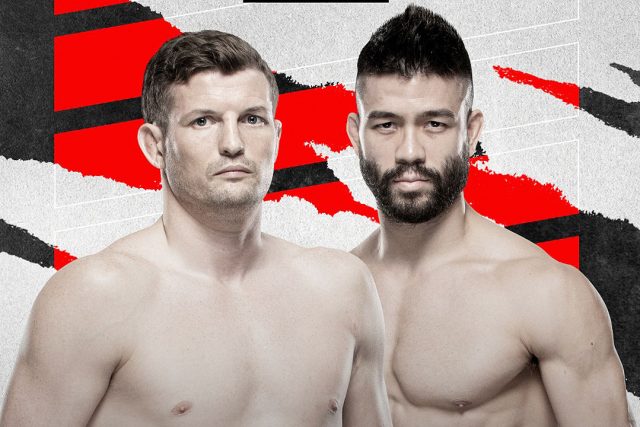 Mr. Striegl, who took the Sambo gold in the 2019 SEA Games in Angeles, Pampanga, is out to redeem himself from a painful debut on Oct. 17, 2020 when he lost via first-round stoppage to Russian Said Nurmagomedov.

“I’m super excited about this fight,” said Mr. Striegl. Oddly enough, Chas and I have the same pro fight record. I am definitely excited and gunning for my first win (in UFC),” said Mr. Striegl, who is also a subject of a recent documentary produced by the Philippines’ newest sports channel Tap Digital Media Ventures.

Mr. Striegl went to training as early as three weeks back at George Castro’s MMA Lab in Peoria, Arizona to get himself primed up for the fight.

“This is a huge advantage coming in early to the United States where I get to train in one place as opposed to moving around in Manila because of the pandemic protocols,” said Mr. Striegl. “Plus, I got to train under a former MMA (mixed marital arts) fighter in Mr. George himself.”

“Another plus is I work out and train with Bryce Meredith, who is a four-time US NCAA All-American in wrestling. When you work with high level training partners, it really increases your learning and confidence,” he said.

Mr. Striegl’s fight will be televised on Feb. 20 over Premier Sports channel on SkyCable and Cignal as well as TapGo streaming applications. — Joey Villar

How Philippine MSMEs can leverage cloud-based services to remain competitive