Presidential elections drove this year’s Google searches in the Philippines as “Halalan 2022” topped the overall list of trending searches and “precinct finder” landed in third.

“The first and third spots show that Filipinos needed information about the May 9 national elections: how to find their precincts, voting resources, and the results,” said Mervin Wenke, communications and public affairs head at Google Philippines, at a Dec. 7 announcement of the country’s top Google searches. 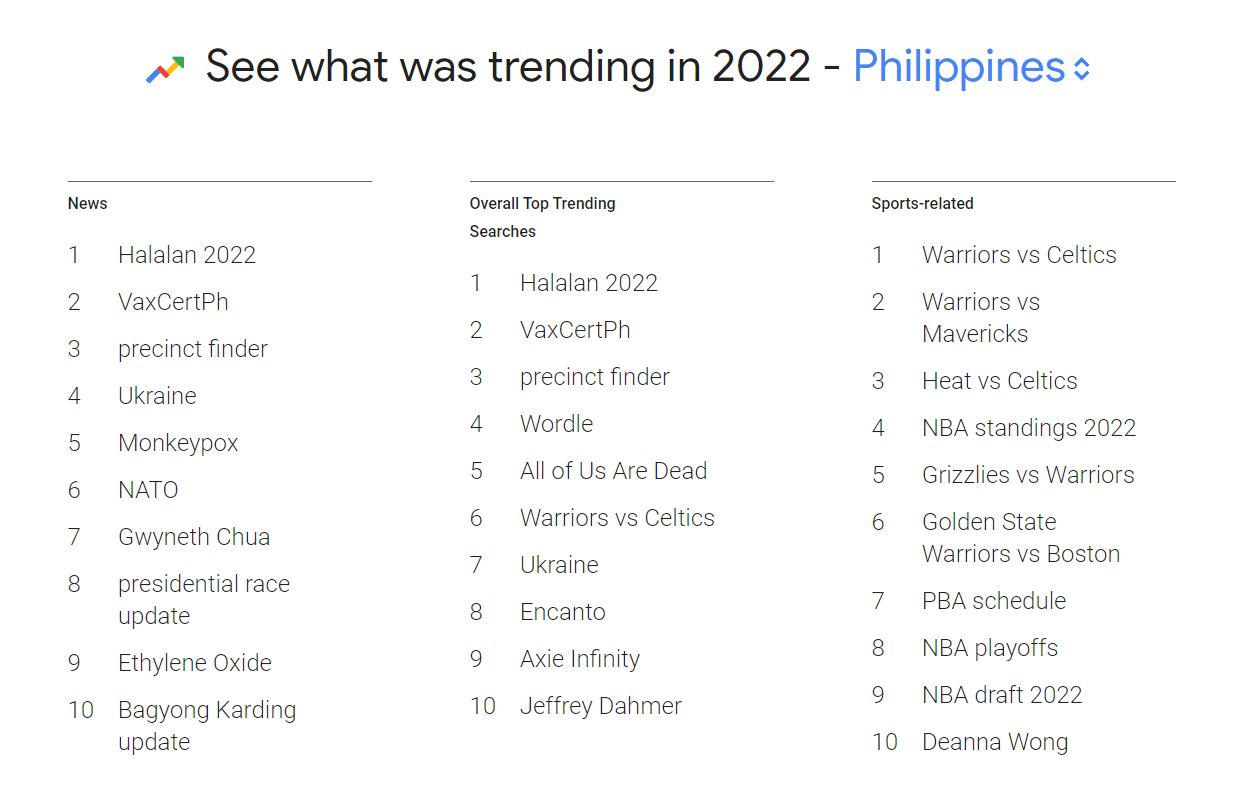 Meanwhile, “VaxCertPH” was the second most Googled term, jumping up from fourth in 2021. “Its rise to second place this year shows our acceleration into a post-pandemic era,” Mr. Wenke said.

Another athlete that caught the nation’s eye was Filipino volleyball player Deanna Wong, the third most searched female personality.

Chris Rock is another example, garnering the third spot in the male personalities list, presumably after he was slapped by Will Smith at the 2022 Academy Awards.

In the world of movies, Disney-related titles dominated the lists. Animated musical fantasy Encanto was number one among the movies, followed by Marvel superhero flicks Eternals, Thor: Love and Thunder, Doctor Strange in the Multiverse of Madness, and Spider-Man: No Way Home also in the top ten.

The top series showed a clear bias towards Hallyu (referring to this decade’s wave of Korean entertainment), with Netflix’s zombie series All of Us Are Dead at number one.

The rest of the Korean placers are in the romance genre, with Extraordinary Attorney Woo, Business Proposal, Alchemy of Souls, and Twenty-Five Twenty-One ranking second, third, fourth, and sixth, respectively.

“The latest e-Conomy SEA Report said that streaming and consuming online content is the third biggest digital activity of Filipinos after e-commerce and food delivery. The study found that 58% of Filipinos regularly watch video-on-demand shows and movies,” Mr. Wenke said.

Globally, Google’s Year in Search 2022 was topped by Wordle, an online word game whose popularity peaked in February. 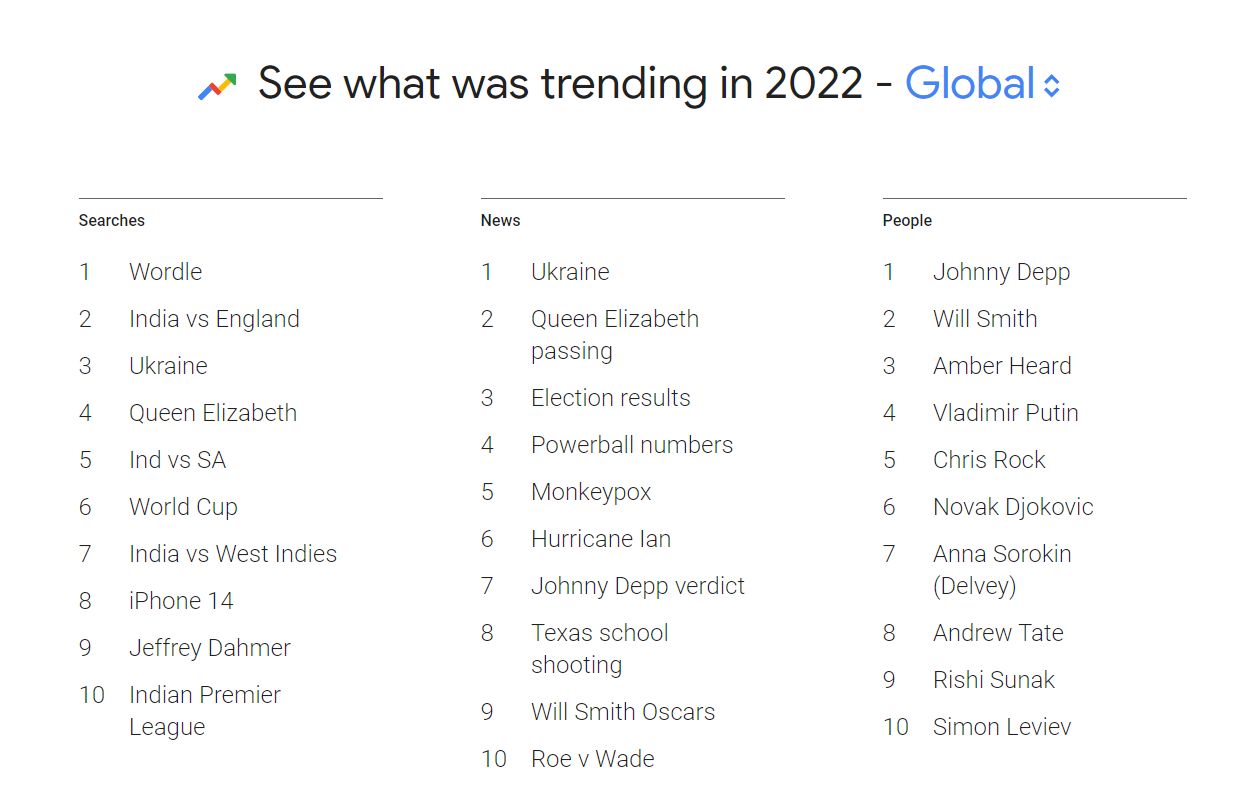