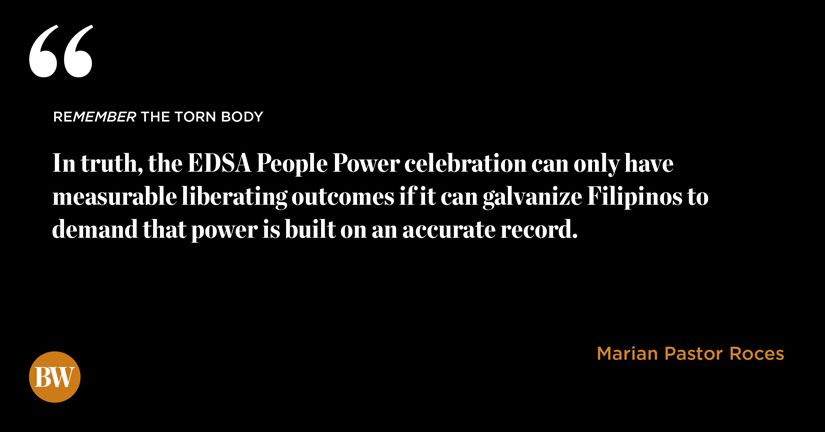 YOGYAKARTA, INDONESIA — An art conference brought together sundry activists from several generations, who have been fighting against forgetting. The memory they hope to literally exhume has focus dates: the 1965–66 slaughter of millions when General Suharto took the country’s presidency, the horror of which has been kept buried and un-discussed by his successors, including today’s Jokowi.

The Philippines’s Ferdinand Marcos came to power in the same annus horribilis, 1965. He, too, was savage.

The killings under Marcos’s regime began in 1968–69. The Luzon and Visayas attacks on the thus far modest force of the Communist Party of the Philippines — New People’s Army (CPP-NPA) had yet to escalate to 1970s levels. But in Mindanao, the ethnocidal killings of Muslims by Christian militias, who were Philippine Constabulary “force multipliers,” were playing out in full force before and during the end of the 1960s. These mass murders remain buried and un-discussed.

But the 1960s and the escalation of its brutal energies into the 1970s shaped the region’s erratic relation to democracy. In the Philippines, those decades mangled the democratic project, and may in truth have made the emergence of a President Duterte inevitable.

Island Southeast Asia came under the barbarous logic of the Cold War in this mid-century decade, as the hot war burned into nearly everything on mainland Southeast Asia. The Vietnam War gave us to understand that hot or cold, war penetrates flesh. This may be the essential definition of a war: a war takes place on brutalized human bodies. The distinction between hot and cold is misleading in this sense.

As much was clear in the conference, which was occasioned by the publication of a three-volume anthology of writings on nearly half a century of work by the esteemed sculptor Dolorosa Sinaga. Born to a Christian, Toba Batak family in Central Sumatra, and educated in England, she has become quite the iconic figure for her iconic figures representing bodies imprisoned, tormented, and alienated. Also, bodies dancing, arrested in mid-motion.

Too, Sinaga’s home has been open to activists, intellectuals, and revolutionaries of different religious affiliations and theoretical commitments, from the 1960s until today. It is in her home where otherwise whispered recollections of, so to speak, where the bodies are buried, become part of current political and aesthetic strategies. Often the motley assemblies probe 1965–66.

The mass murder Suharto unleashed in the 1960s may have taken as many as 5 million lives. It seems impossible now for Indonesians to achieve an accurate accounting of loss — especially for a period during which Vietnam, Laos, and Cambodia likewise lost lives in the many millions, on both sides of the ideological divide. The locations of the mass graves of Indonesia are only partially known.

There is no comparing numbers to venture that Marcos killed “only” by the thousands. It would also be sick arrogance to offer that Philippine civil society and victim families have at least managed to exact reparation, however inadequate and incomplete, from the unrepentant Marcoses. These deaths under horrific circumstances, across the region, piled up as long as the dictators stayed in power — and then some, even after they were deposed. 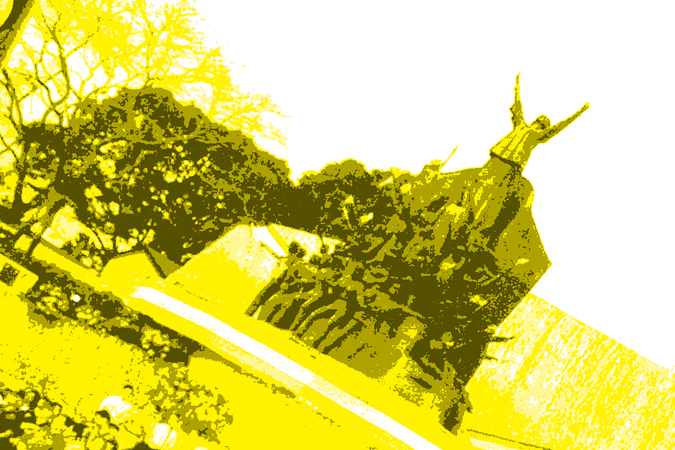 The murders visited on Muslim communities by the ilaga, self-named in the Ilonggo word for “rat,” included body mutilation and cannibalism. They occurred in barangays all over Central Mindanao: Pikit, Buldon, Barira, Wao, Alamada, Manili (Carmen), Palimbang, and others in a long list. The massacre in Palimbang alone may have taken as many as a thousand lives. Many ilaga were paramilitary troops, armed by the government through official military channels.

Amulet-bearing killers who believed themselves impervious to bullets and blades, the loose bands thought themselves protectors of settler entitlement to land in Mindanao. In fact, they were a machinery for terror, operated by specific individuals in local government, working with specific military actors. The Philippine Constabulary specifically, but the Armed Forces of the Philippines in general, were abreast of ilaga depredations. Survivors assert that military elements directed and joined the ilaga raids.

Muslim Filipino disaffection with the Christian majority center of Philippine life, discourse, and political organization built up incessantly in the greater part of the 20th century. Nevertheless, these 1960s massacres, notably including the shadowy affair on Corregidor Island in 1968 known as the Jabidah Massacre, were the thresholds into war.

The Moro National Liberation Front, formed after the short-lived Muslim Independence Movement of erstwhile Congressman Udtog Matalam, waged a war of secession from the Republic, starting in 1969. The Philippines is only emerging from a half century of consequent warfare. The outcome of the peace process is by no means certain.

What is certain is that this war-scarred Mindanao produced the present president, whose vocabulary is limited to violent words.

It is also certain that the two pretexts Marcos used to justify Martial Law in 1972 — the Muslim Filipino war for secession and the Communist insurgency — were both developments he himself had a hand in producing.

In Indonesia, Suharto’s hold on power until 1998 has been idealized as productive of the glory decades of modernization inaugurated by necessary blood-letting. Marcos’s reign (yes, reign) over the Philippines has similarly been fetishized. But in both cases, this picture is only tenable if the murders and the scale of violence at the beginning and during the regimes are buried.

The politics of memory of Indonesia and the Philippines, made conjoint by the Cold War, is more than a contest between historical revisionism and historical accuracy. In fact, the forces-that-be in Indonesia have not found need to engage in actual campaigns to falsify the historical record. Silence is the preferred method of the Indonesian powerful.

Rather, the democratic projects of either country will only begin to be inclusive if dominant power can be reconstructed in ways that vest the highest value in a full account of horrors inflicted on any segment of society in the name of democracy; and why. The re membering of the sundered bodies will have to be the new bones of institutions.

In truth, the EDSA People Power celebration can only have measurable liberating outcomes if it can galvanize Filipinos to demand that power is built on an accurate record. The outcome of forgetting is what is on-going. It is hardly a happy place.

Marian Pastor Roces is an independent curator and critic whose research interests include international art events, museums, identity politics, cities, and clothing. She is the founder and principal of TAO, Inc., a museum and exhibition development corporation. More of her critical texts can be found in Gathering: Political Writing on Art and Culture, the first collection of Roces’ essays co-published in 2019 by the Museum of Contemporary Art and Design and ArtAsiaPacific Foundation.