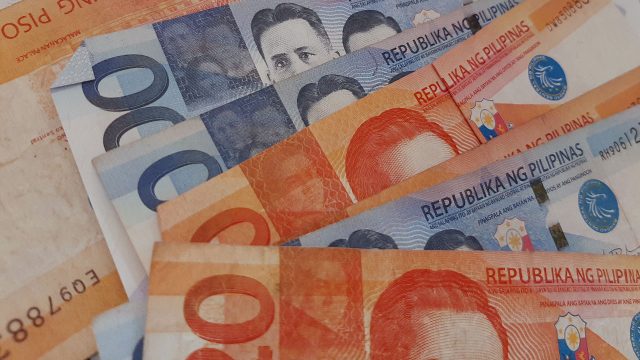 THE PESO rebounded versus the greenback on Wednesday as oil prices declined and as the country posted a wider balance of payments (BoP) surplus in July.

The local unit closed at P49.85 per dollar, strengthening by 26.6 centavos from its P50.116 close on Tuesday, based on data from the Bankers Association of the Philippines.

The peso opened Wednesday’s session at P50.08 versus the dollar. Its weakest showing was at P50.17, while its intraday best was its closing level.

Dollars exchanged climbed to $1.06 billion on Wednesday from $967 million on Tuesday.

Meanwhile, data from the Philippine central bank released on Wednesday showed the country’s BoP position stood at a surplus of $642 million in July, wider than the $8 million surfeit logged a year earlier, on the back of foreign currency deposits and income from the central bank’s offshore investments.

Meanwhile, a trader said the peso appreciated on expectations of a weaker US retail sales report for July.

For Thursday, Mr. Ricafort expects the local unit to move within P49.75 to P50 while the trader gave a forecast range of P49.80 to P50 per dollar. — LWTN with Reuters

BSP requires LANDBANK to allocate 5% of loans for socialized credit