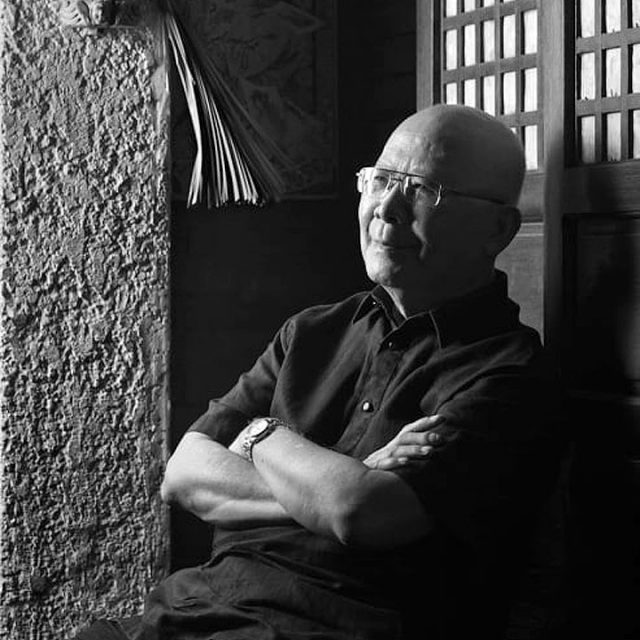 National Artist for Literature Bienvenido “Bien” Lumbera passed away on the morning on Sept. 28, 9 a.m., due to “complications of stroke,” said his family. He was 89 years old.

A poet, librettist, dramatist, and critic, Lumbera was proclaimed a National Artist in 2006, with the citation pointing out that “as a poet, he introduced to Tagalog literature what is now known as Bagay poetry, a landmark aesthetic tendency that has helped to change the vernacular poetic tradition.”

Among his best-known works were Likhang Dila, Likhang Diwa, a collection of poems in Filipino and English (1993); Balaybay, Mga Tulang Lunot at Manibalang (2002); and Sa Sariling Bayan, Apat na Dulang May Musika (2004). He also wrote the libretto for the rock opera ballets Tales of the Manuvu, and Rama Hari for Ballet Philippines.

Always a progressive, Lubera was arrested during Martial Law, and was detained from January to December 1974.

As news of his passing spread, messages poured out on social media.

Veteran Journalist Inday Varona-Espina wrote: “Paalam (goodbye) Bien Lumbera: Filipino poet, critic and dramatist. He is a National Artist of the Philippines and a recipient of the Ramon Magsaysay Award for Journalism, Literature and Creative Communications. He won numerous literary awards, including the National Book Awards from the National Book Foundation, and the Carlos Palanca Memorial Awards. A former political detainee, Mang Bien was a staunch member and supporter of many progressive groups.”

The UP Department of Speech Communication and Theater Arts pointed out that Lubera had written plays for the theater group Dulaang UP, including Hibik at Himagsik nina Victoria Laktaw. “He was an inspiration and mentor to many Filipino writers,” they wrote in a Facebook post. “Maraming salamat po sa lahat, Lolo Bien!” (Thank you for everything, Grandfather Bien!)

Born on April 11,1932, Mr. Lumbera was a native of Lipa, Batangas. He finished his Bachelor of Literature degree and master’s degree at the University of Santo Tomas, and then earned his Ph.D. in Comparative Literature from Indiana University in 1968.

The Cultural Center of the Philippines announced that it will host an online novena and tribute on for the fallen National Artist on Oct. 6. It said that it would be releasing information on the Necrological Service traditionally held at the CCP Main Theater for National Artists after consulting with the family. — MAPS

Looking into the crystal (Christmas) ball

The return of Puto