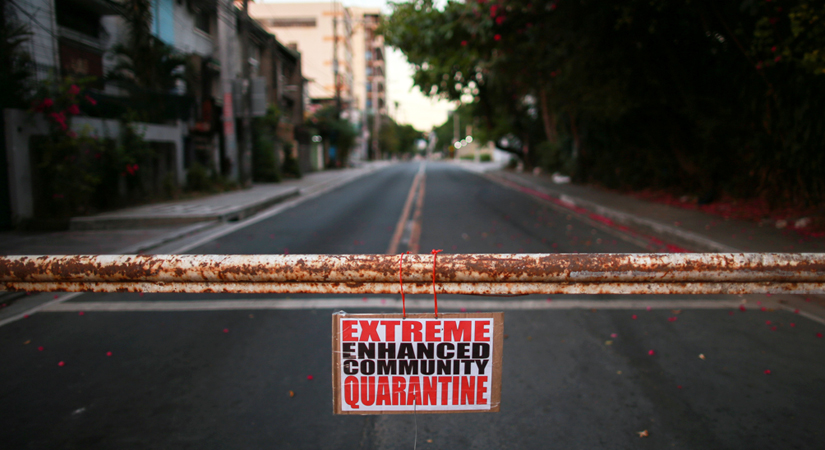 LESS than half, or 47.5%, of Metro Manila residents are doing “good” or “very good” under the enhanced community quarantine currently being implemented to contain the spread of the coronavirus disease 2019 (COVID-19), according to a survey by political consultancy firm Publicus Asia, Inc (PAI).

Those who consider themselves in a “bad” or “very bad” condition comprise 15%, while the remaining 37.5% answered neither.

“It should be noted that respondents from the three lowest income groups were the only ones among all income groups to report a higher average incidence of bad or very bad condition,” PAI Executive Director Aureli C. Sinsuat said in a virtual presser on Wednesday.

The National Capital Region, where most of the country’s confirmed COVID-19 cases are located, has a 12.887 million population as of the 2015 census.

PAI conducted its Online Panel Survey from April 2 to 6, with a weighted sample of 1,000 respondents aged 18 to 70 years old.

In terms of confidence in the national government’s ability to contain and prevent the spread of COVID-19, 40% of respondents answered that there is a high or very high chance of success.

“Exactly two-thirds, 66.6%, approved of the manner in which President Duterte and the national government are responding to the COVID-19 pandemic. 17% neither approved nor disapproved and 16.4% either disapproved or strongly disapproved,” Mr. Sinsuat said.

“The President and the national government have positive net approval among all income groups but interestingly enough, it was lowest among both the richest of the rich and the poorest of the poor,” he added.

Meanwhile, 53% approve of the Department of Health’s response to COVID-19, 26% neither approved nor disapproved while 21% disapproved or strongly disapproved.

The Senate, on the other hand, had a 38.8% approval rating of its response to COVID-19, while 33% neither approved nor disapproved and 38.3% disapproved.

For the House of Representatives, 31.7% approved of its response to the outbreak, 37.3% neither approved nor disapproved and 31% disapproved. — Genshen L. Espedido