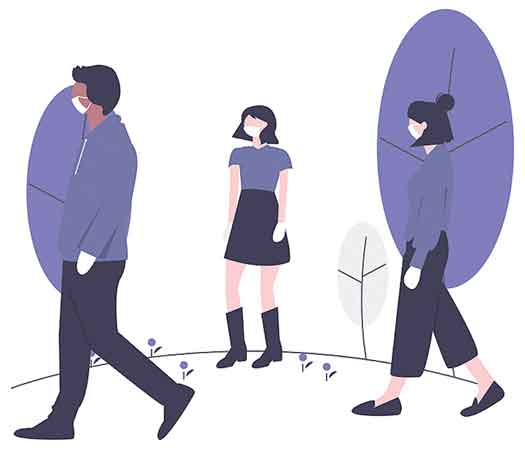 MAYBE what’s uncomfortable about quarantines and lockdowns of borders of whole cities and countries, aside from the obvious impeding of the freedom of movement, is that there seems to be no difference between authoritarian regimes and democracies in addressing the contagion risk. Even the scenes of empty streets and masked stragglers come from the same horror movie. What the government decrees is automatically imposed and followed, yes, for the good of the community. Maybe the democracies moved a little bit more slowly fearing resistance from the governed. But they followed the early movers anyway.

True, the democracies are openly accosted by both traditional and social media. Freedom of speech still distinguishes the type of government in place. So opinions are given free rein. But even these normally vociferous bystanders (including critics in chat groups) questioning political motives and the clumsy delivery of messages and services are hushed into silence by their peers — let’s just trust our leaders and cooperate. Any questioning of controls on what is allowed or forbidden is dismissed as dysfunctional behavior apt to spread the contagion even faster, referring to the virus. Can we just flatten the curve?

Staying home, not always necessarily working from it, gives rise to “cabin fever,” associated with isolation in confined quarters in the wilderness causing restlessness and unusual sleep patterns. Ironically, the same phrase for cruise ships caught at sea has a literal meaning. The imposed quarantine and its disruption of routine opens up new preoccupations especially the latest contagion count. Idleness somehow drives us to find out what is happening out there, and when the prison gates of home might open.

Social distancing has become a common phrase. Even weeks before the strict quarantine, when Wuhan was just part of the international news, people have half-jokingly already dispensed with the air kiss and the handshake, preferring the fist bump or just locking eyes and raising eyebrows.

Has the admonition of keeping your distance resulted in distancing from one another? Social rules have been upended from a lack of physical contact and switching now to chats. It seems to be a social decree to stick to only one topic of conversation, the plague. Posts have to do with news on the latest head count of infections, deaths and cures. Related topics include affliction of friends and neighbors, possible cures, community hot spots, available delivery services and helpful tips (put the clothes you wore outside in a separate plastic bag for the wash). Any deviation from the topic of the month is punished by indifference — as I was saying.

Given the preeminence of the health hazard, even discussions of the impact on the economy from a prolonged shutdown especially for daily wage earners, retailers, and other unnecessary businesses like malls, restaurants, and hotels, is dismissed — are you willing to sacrifice your mother? The trivialization of everything else that used to matter is almost automatic.

Spirituality is on the rise. The call for prayers and generally storming heaven for help is invoked by even the most unlikely chat mates. Religion is becoming the refuge not just of sinners but those fearful of joining the saints tomorrow.

Heroism is extolled. The quiet work of front-liners in the hospitals has been hailed. Not all who “go to work so you can stay home” get the same accolades, like those in barong and face masks in the midst of many tables facing an elevated podium hoisting the same slogan. (Sorry, you need to wear scrubs too.) Working on the expansion of more draconian measures and the opening of the public purse for more than loose change are greeted with mixed reactions. It’s the relief of successfully stopping the blurring of the public and private sector that elicited applause.

Many look forward to the normalization of business and the return of social proximity. Then perhaps we can once again pursue other topics that Alice mentions like “shoes and ships, and sealing wax and cabbages and kings”.

It is from the trivial and irrelevant that we find solace against the world’s horrors. Social distancing is a temporary obligation. But even then, it has not broken human contact and the desire to reach out. The circle has just widened. And as for the other contagion of fellow feeling and sense of community, may it continue to spread… once we distance ourselves from this plague.