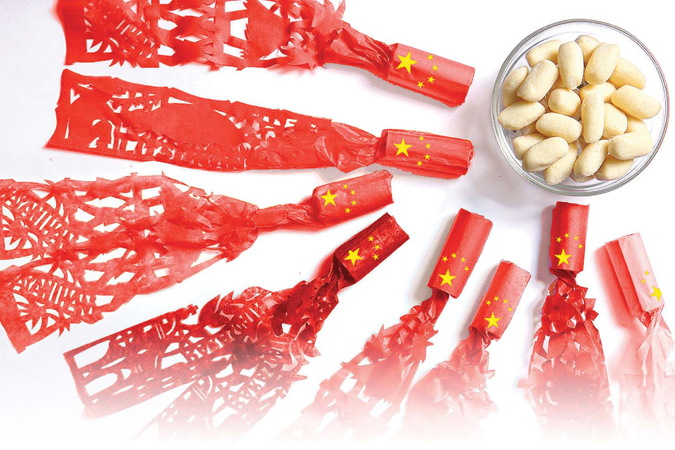 To most Filipinos who have become only too, too familiar with dishonesty in government, it may look like just another symptom of the corruption that is still metastasizing throughout the civilian and military bureaucracy that then candidate for president Rodrigo Duterte promised to end in 2016.

But the “pastillas” scheme in which visitors from China receive special treatment once they pay immigration personnel and their travel agencies P10,000 is more than that. It is also one more indication of how the Duterte regime’s “pivot to China” that, among others, allows, and in fact encourages, Chinese nationals to enter the country, is worsening and bringing in its wake a host of problems to this already troubled land.

Some two million Chinese nationals are estimated to have entered the country over the last three years, with 2,000 arriving daily to work in Philippine Offshore Gaming Operations (POGOs) and other enterprises. Only when the COVID-19 crisis forced the Duterte regime to restrict the entry of Chinese visitors to the country early this month was the practice of granting such visitors visas-on-arrival stopped, presumably together with allowing those with tourist visas to work here. As several Congressional hearings found out, this far from rigorous monitoring has led to the high visibility of Chinese visitors in the Philippines, many of whom end up working in high paying jobs and buying or leasing condominiums and posh residences, while Filipinos scramble for scarce jobs and leave for other countries in search of employment. Most Filipinos thus welcomed the promise of tighter controls on the entry of all foreign visitors including those from China.

But suspicions abound that exemptions are still being made, and that despite Mr. Duterte’s ban on visitors from China, some are still entering the country. Two weeks ago, for example, a Philippine Daily Inquirer report by journalist Nestor Burgos found that hundreds of tourists from China and its special administrative regions of Hong Kong and Macau had managed to enter Boracay and nearby municipalities in Panay. It could not have happened without either lapses in the implementation of the ban, or Bureau of Immigration (BI) and other personnel’s deliberately allowing them in, for, of course, the usual “considerations.” The latter possibility now seems more likely in the context of the exposure at the Senate of the “pastillas” racket at the country’s airports and other ports of entry.

Named after the milk and sugar sweet that’s a favorite token of thanks for welcomers among arriving travelers, this latest brainchild by personnel of one of the most scandal-ridden agencies of government meshes perfectly with the current government policy of looking the other way when it is China or Chinese nationals who are involved in any enterprise or wrong-doing such as online gaming, entering the country illegally, ramming a Filipino fishing boat, or destroying coral reefs in the Philippines’ Exclusive Economic Zone.

The scheme is apparently well-planned and executed, and seems to have been going on for some time, so organized and efficient has it become. A video from the whistleblower who exposed it shows an immigration officer escorting arriving Chinese nationals into an office where their identities and flight numbers, and whether they have paid the bribes required, are verified. It is apparently no secret among BI personnel and cannot be dismissed as merely the doing of a few lower-bracket employees. It is likely to be part of a system-wide conspiracy among BI and other airport and dock personnel the perpetrators felt they could get away with. There is, after all, the undeclared but de facto policy of relaxing visa and other entry requirements for the citizens of imperialist China, whose interests Mr. Duterte has been protecting even at the expense of the country of his birth. Not only has the Duterte China policy had among its consequences the surge in the number of prostitution dens, restaurants, and amusement centers that cater solely to Chinese visitors and workers, and in the incidents of violence such as kidnappings amongst themselves. The irony is that rather than foster closer relations based on people-to-people friendships, it has fed the anti-Chinese racism that despite the Philippines’ long history of trade and other relations with China is still latent among many Filipinos.

What is unfortunate is that among most of the Southeast Asian countries, such as, say, Indonesia, where anti-Chinese sentiment has often found expression in violence, the Philippines has been one of the least discriminatory against Chinese people despite its long history of anti-Chinese isolation, pogroms, and suppression when it was a colony of Spain.

The other side of the anti-Chinese racism his China policy has helped awaken, is the hardening of most Filipinos’ faith and trust in the United States despite Mr. Duterte’s fulminations against that country. That form of reverse racism is in fact likely to erode Mr. Duterte’s support due to his abrogation of the US-Philippines Visiting Forces Agreement (VFA). The US is still the country most trusted by Filipinos while China, to which many had been benignly indifferent, has become the least trustworthy.

Some may think Filipino racism against non-Whites less dangerous than the misogyny, homophobia, hate speech, intolerance, disinformation, anti-intellectualism, and worship of violence that social media trolls, the government media system and its hacks in the tabloids, broadsheets, and broadcast networks, and various Duterte regime accomplices in and out of government have implanted into the psyches of the clueless millions.

They are grievously mistaken. The Filipino brand of racism is part of the same brain-rot and anti-reason syndrome that can’t understand but nevertheless despises human rights, applauds the use of State violence against protesters and government critics, equates criticism of government with subversion, and echoes the Duterte mantra of “kill, kill, kill.” The long and the short of it is that the same benighted constituencies on whom the current regime depends for support are turning against the country and the people it is counting on to protect and advance its political and economic interests, and the BI “pastillas” scheme isn’t helping any.

But Mr. Duterte is quite typically hardly doing anything about it. He has expressed confidence in and declared the head of BI innocent of any involvement in the scheme while he once more goes through the motions of “relieving” unnamed BI personnel for unspecified reasons. Neither has he gone beyond telling Filipinos not to succumb to “xenophobia” (the fear or hatred of anything foreign) in response to the COVID-19 threat. He has done nothing to dispel fears that under his watch the country is turning into a Chinese province and protectorate, in the belief that his constituencies will remain mindlessly supportive of what he is doing to the country.

It is apparently too much to expect him to do anything meaningful even about the racist drift of the growing cynicism over the major plank of his foreign policy, as busy as he is with resting in his Davao lair in-between hurling profanities at and threatening the independent press, free expression, the opposition, the Church, and anyone else who doesn’t agree with him, and turning parts of rural Philippines into local versions of Cambodia’s killing fields. As Filipinos and the media are distracted by other issues, expect the “pastillas” scheme to persist — and to morph into something even sweeter for every one of the crooks involved, including, as the whistleblower revealed, “a high government official.”