This is a follow up to last week’s piece, “The economic and energy legacy of PNoy Aquino” (June 28). Also good opinion pieces on the late President Benigno “PNoy” Aquino’s administration here in BusinessWorld are “PNoy and inclusion” (June 27) by Dr. Raul Fabella, and “PNoy’s unsung contribution: Rapid industrialization” (July 4) by Andrew Masigan.

A friend and Cabinet Secretary asked if 2020 can be separated in assessing Philippines economic performance. So here I disaggregated the averages from six years to three years under former Presidents Gloria Arroyo and Benigno Aquino III, and current President Rodrigo Duterte. 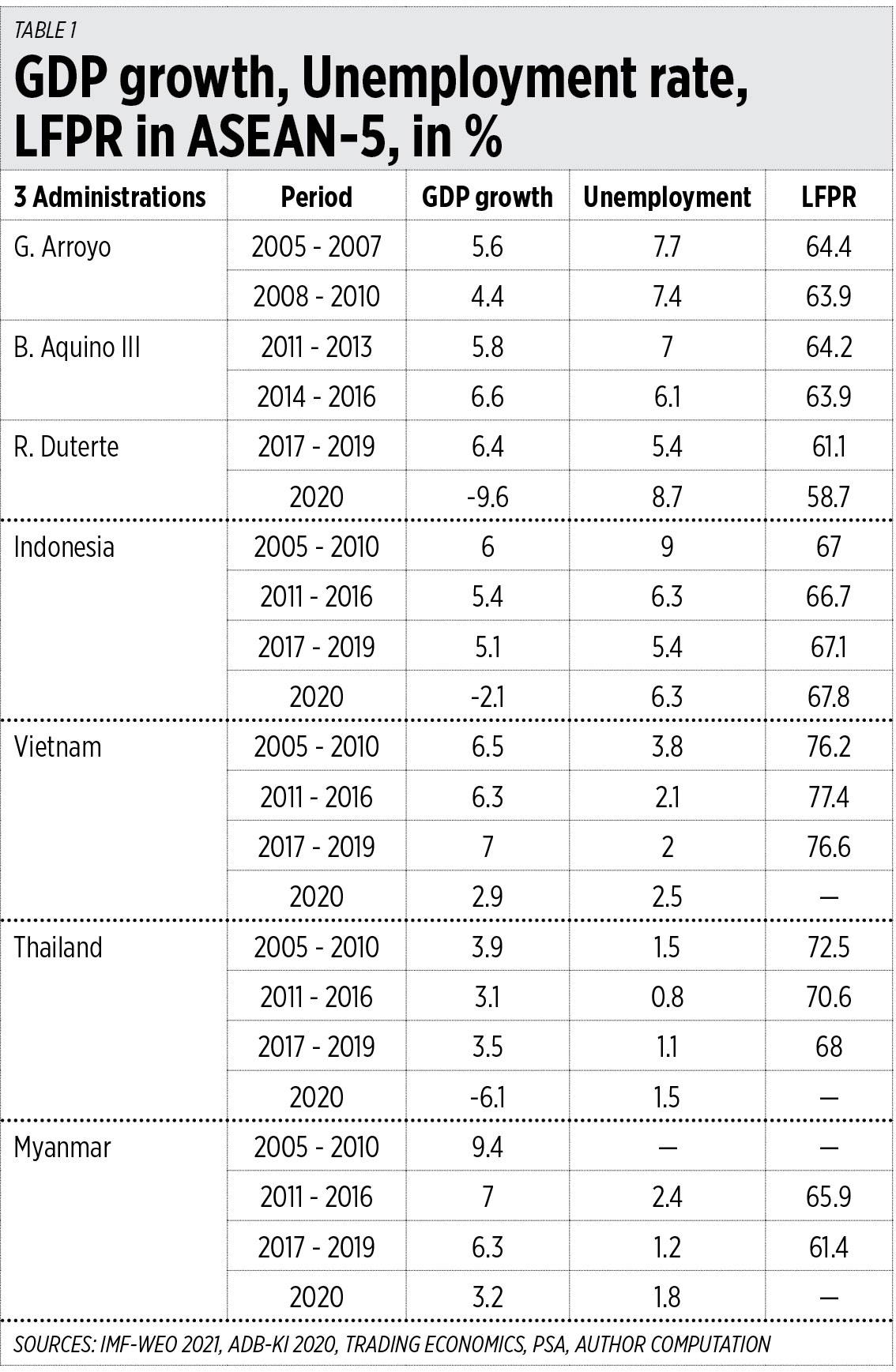 The numbers in Table 1 show the following:

2. Unemployment rate: PNoy significantly reduced joblessness, from 7.4% of the labor force in 2010 to 5.4% in 2016. President Duterte has continued the unemployment decline to 5.1% in 2019, but this quickly jumped to 8.7% in October 2020 due to indefinite lockdowns and many business and school closures.

3. Labor force participation rate (LFPR): This is an indicator of job optimism or pessimism. If many people, the younger ones especially, think that there are no jobs available anyway, they stop looking for a job and pursue additional studies and are not counted as unemployed. LFPR declines as an indicator of job pessimism, and this is evident under the Duterte administration starting 2017. For the first time since the 1990s and perhaps the 1970s and ’80s, the LFPR is below 62%. Then it further worsened to 59% in 2020.

Filipinos and Philippine-based businesses have much to thank in the administration of PNoy Aquino.

The Duterte administration, however, should be credited for one important achievement — reducing the Philippines’ high corporate income tax (CIT) as a response to continuing tax competition in the ASEAN.

The Corporate Recovery and Tax Incentives for Enterprises (CREATE) Act of 2021 (RA 11534) has reduced the CIT, retroactive to July 2020, to 25% for big corporations and 20% for small and medium enterprises (SMEs) with net taxable income of P5 million or lower, and total assets of P100 million or lower excluding land.

Until the first half of 2020, the Philippines had the highest CIT at 30% while Singapore had the lowest with only 17%, followed by Brunei with 18.5%. Five neighbors have 20% CIT — Cambodia, Laos, Indonesia, Thailand and Vietnam. Malaysia and Myanmar have 24% and 25%, respectively (see Table 2). 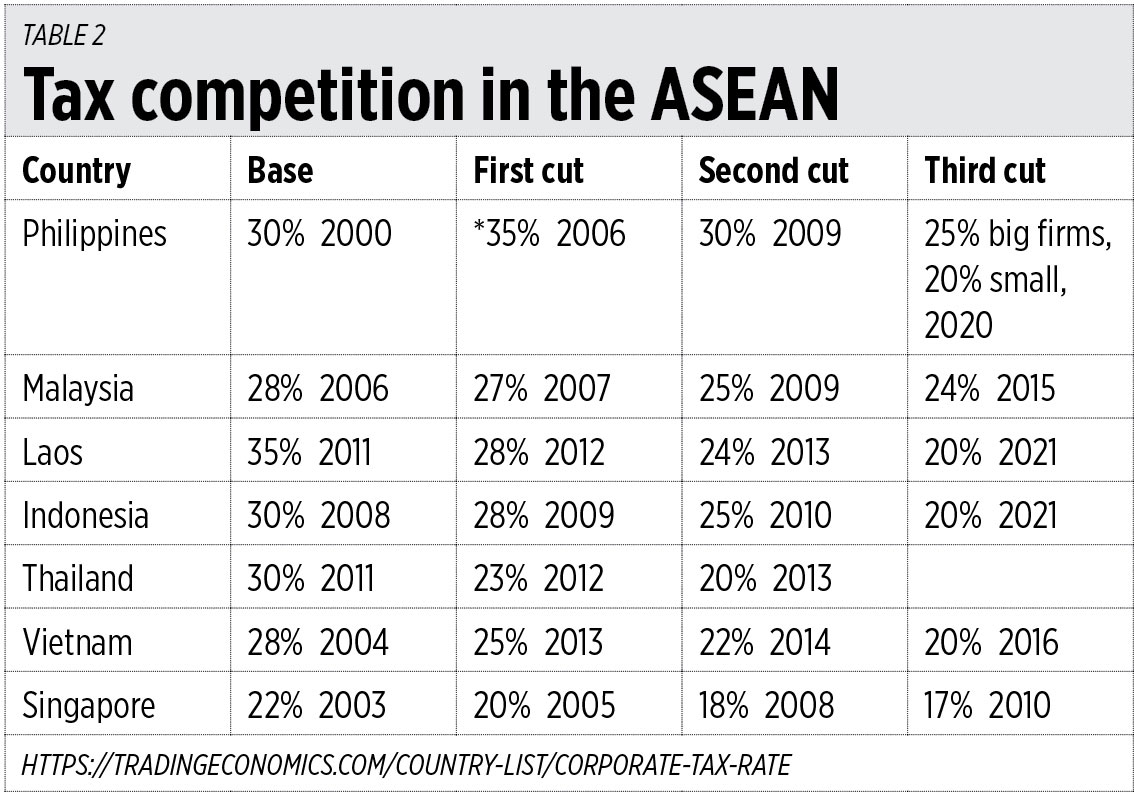 Recently, Finance Ministers and Treasury Secretaries in the US and Europe have pushed for a global minimum tax (GMT) of 15%, tax harmonization, and killing tax competition worldwide. Their plan is to impose the GMT on companies where they do most business, not on where they are based or headquartered.

Global tax competition is dynamic. See these countries and economies with low CIT or even zero CIT:

Small countries have few natural resources and small land area, or they may have big resources like oil and gas but they lack highly technical people to develop and extract those resources, they attract businesses and professionals via low or zero CIT. Qatar, Bahrain, and the UAE are doing this.

The move to a GMT of 15% is not good. We should see more tax competition, not tax harmonization and higher taxes.

Cooperating with the world to achieve a net-zero future

IPR in the ASEAN and plain packaging in the West