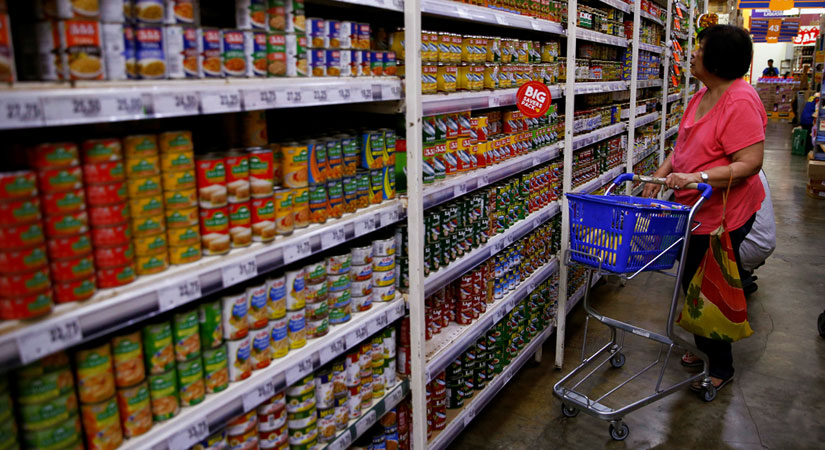 THE PHILIPPINE ECONOMY grew by 6.4% in the fourth quarter, its fastest pace for 2019 on the back of robust household spending and a rebound in government spending, but was not enough to hit the full-year goal, the Philippine Statistics Authority (PSA) reported yesterday.

The October-December outcome was higher than the revised six percent in the third quarter and 6.3% in the fourth quarter of 2018.

This brought the full-year gross domestic product (GDP) growth to 5.9%, slower than 2018’s 6.2%. This matched the median estimate in a BusinessWorld poll last week, but missed the downward-revised 6%-6.5% set by the government for 2019.

The latest full-year reading was the slowest in eight years or since the 3.7% in 2011. It also broke the economy’s seven-year streak of at least six percent growth.

“Compared with other major economies in the region that have already released their GDP growth in the fourth quarter, the Philippines likely ranked second only behind Vietnam’s seven percent, and higher than China’s six percent growth rate in the fourth quarter,” Socioeconomic Planning Secretary Ernesto M. Pernia said in the press conference yesterday.

“On the demand side, growth was driven by the ramping up of government spending after the budget delay in the first half of 2019. Public construction significantly increased by 34% in fourth quarter 2019, with the completion of projects of the Department of Public Works and Highways, payment for the acquisition of right-of-way, and construction of government buildings,” he added.

Amid the backdrop of a slowing global economy, the 5.9% GDP growth in 2019 was “still impressive,” said Bangko Sentral ng Pilipinas (BSP) Governor Benjamin E. Diokno in a text message.

Mr. Pernia, who is also director-general at the National Economic and Development Authority, noted production declines in corn, sugar, and banana “primarily because of delayed planting and harvesting due to the El Niño phenomenon” in the first six months of 2019.

“Livestock growth also moderated, following the strict implementation and monitoring of movements of live animals across provinces as local government authorities worked to avert the spread of the African Swine Fever,” said the Cabinet official.

In a Q&A with the media, Mr. Pernia said “a full percentage point” in growth was lost due to last year’s budget delay.

Prior to the fourth quarter’s 6.4% expansion, growth in the last year’s three quarters averaged 5.7% with analysts blaming the nearly four-month delay in the approval of the 2019 national budget which left new projects unfunded and stymied government spending.

UnionBank of the Philippines, Inc. Chief Economist Ruben Carlo O. Asuncion noted the spending catch-up by the government as doing the “heavy lifting” in the country’s GDP growth performance. He noted, however, that the absorptive capacity of government agencies and local government units “has continued to be a development challenge.”

“Government may continue to disburse funding but the actual spending and project implementation takes too much time to be realized,” Mr. Asuncion said in an e-mail.

“Investment in durable equipment, previously an integral part of the growth run, contracted for three quarters to weigh on overall GDP momentum. With capital formation absent in 2019, growth emanated from household consumption and belated government spending. The run to 6% was definitely out of reach with capital formation struggling,” Mr. Mapa said.

“The pickup in growth in the fourth quarter of 2019 resulting in part from the government’s catch-up spending following anemic expansion in the year’s first semester will gain speed in 2020, with the domestic economy firing on all cylinders as a result of even more vigorous investments in infrastructure and human capital development for the entire year ahead,” Mr. Dominguez said in a statement.

Mr. Dominguez cited the downside risk to growth this year to include the “possibly lingering impact” of the US-China trade war, a possible re-escalation of tensions between the US and Iran that could induce volatility in global oil prices; and “depending on its intensity,” a Taal Volcano eruption that could impact Metro Manila and neighboring regions.

For UnionBank’s Mr. Asuncion: “Capital formation and trade are expected to continue its recovery as downside risks from the external environment have largely subsided, particularly with that of the signing of the US-China phase one trade deal. Geopolitical issues, however, may continue to be a threat as Middle East unrests continue to unfold adding to downside risks.”

Mr. Asuncion estimates growth in the first quarter of 2020 to be at 6.3%. “However, this may be lower than expected because of calamity-related disruptions,” he said.

Alex Holmes, Asia economist at Capital Economics, said the 6.4% fourth-quarter GDP growth last year “will be as good as it gets.”

“[W]e don’t think the economy will continue to pick up speed. For one thing, the spike in government spending in [the fourth quarter] will prove temporary, as distortions relating to the delayed 2019 budget fade,” Mr. Holmes said in a research note.

For ING Bank’s Mr. Mapa, monetary policy is “likely needed” in order to stimulate growth this year, noting the time delay for last year’s rate hikes by the BSP “will take some time to fully feed into the economy.”

“With growth momentum apparently still sluggish, the need for additional stimulus from both the fiscal and monetary authorities is now even more apparent. We continue to price in a rate cut by the BSP in February, followed up by further easing in May to help rekindle the now-scuttled new Philippine growth story,” Mr. Mapa said.

In a note sent to reporters on Thursday, HSBC Global Research Economist Noelan Arbis expects the economy to grow by 6.4% this year.