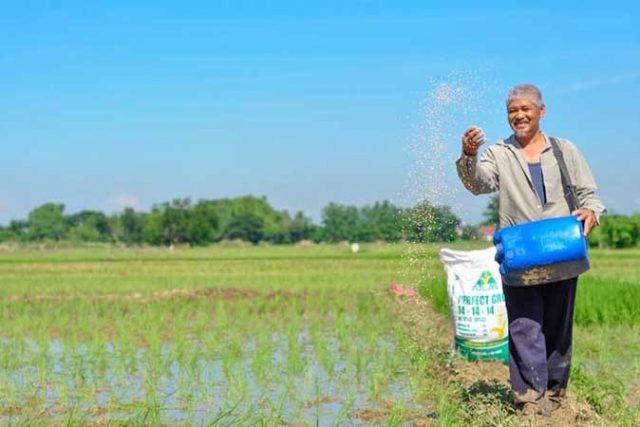 THE DEPARTMENT of Agriculture (DA) said it is studying a suggested retail price (SRP) scheme for fertilizer as prices rise in the wake of China’s export curbs and as food demand surges alongside a recovering global economy.

Agriculture Undersecretary Leocadio S. Sebastian said in a virtual briefing Monday that the trigger event could be a large difference between landed cost and retail prices of fertilizer.

“The DA is looking at the possibility of setting an SRP if the gap between the landed price and retail price of fertilizers is too big,” Mr. Sebastian said.

The Fertilizer and Pesticide Authority (FPA) has said that the Philippines sources around 95% of its fertilizer from overseas.

Mr. Sebastian said the DA is working with the Bureau of Soils and Water Management on a “balanced fertilization” strategy to make fertilizer use more efficient.

The strategy will require a combination of organic and inorganic fertilizers, depending on the crop and soil nutrient characteristics.

Mr. Sebastian added that the FPA is assisting farmers’ cooperatives that are interested in importing fertilizer to reduce costs.

“We are also exploring whether Planters Products, Inc., a government corporation, can import more fertilizer and other biologics,” Mr. Sebastian said.

DA IN TALKS WITH DOE ON FUEL DISCOUNTS FOR FISHERFOLK

Separately, Agriculture Undersecretary Cheryl Marie Natividad-Caballero said at the virtual briefing that the DA is in talks with the Department of Energy (DoE) for a “gasoline discount mechanism” to help fisherfolk deal with surging fuel prices.

She said small fisherfolk in the capture fisheries sector pay 50% of their production costs for fuel.

“Fuel companies have already talked with us such as Shell, Caltex, and Petron. We are just waiting for their due diligence,” Ms. Natividad-Caballero said.

“The discussions are ongoing. We do not have an idea yet on the cost structure. We are still fixing the specific details,” she added. — Revin Mikhael D. Ochave