Manuel “Manny” V. Pangilinan — also known as MVP — is popular to many as a prominent business magnate behind giant firms like PLDT, Inc., Manila Electric Co. (Meralco), and Maynilad Water Services, Inc., making him a crucial player in nation building. While Mr. Pangilinan continuously receives credits from all the successes that these companies have achieved, the 73-year-old businessman, however, is rarely acknowledged with all of his outstanding contributions in the country’s media landscape.

Perhaps lesser known by many, Mr. Pangilinan also serves as the esteemed head of local media conglomerate MediaQuest Holdings, Inc. (MediaQuest). It is the mother company of some of the biggest media players in the country today which have a proven track record of credible and strong journalistic expertise, and are highly significant in ensuring transparency and democratic order in the country.

At present, its assets include the broadcast television networks 5 and 5 Plus; the national radio station Radyo5 92.3 News FM; the regional radio network Radyo5; and satellite television channels Colours, One Sports, One News, One PH, Sari-Sari Channel, and PBA Rush. It also operates international television channels Kapatid Channel and AksyonTV International; as well as digital and online portals Digital5, TV5.com.ph, ESPN5.com, and News5 Digital.

The Philippine Star, one of the country’s most widely-circulated newspapers, is also part of the cross-media conglomerate. The paper was founded by veteran journalists Betty Go-Belmonte, Max Soliven and Art Borjal a few months after the EDSA Revolution in 1986.

Going back to the 1990s, MediaQuest was established by PLDT through its retirement fund, and first launched with Home Cable, a direct-to-home cable TV subscription service and second largest cable TV company through Unilink Communications. The Home Cable later on merged its CATV operation to Sky Cable Corp.s, and created Beyond Cable Holdings Inc. After several years, however, Home Cable ceased operations, and PLDT sold its stake in SkyCable to the Lopez Group of Companies.

Meanwhile, MediaQuest strengthened its portfolio over the years. In 1998, it bought the Nation Broadcasting Corp., a local radio and TV network, from the consortium led by the Yabut family and Manny Villar.

One of MediaQuest’s biggest acquisitions happened in 2010 when it bought majority stake in ABC Development Corp. and blocktimer Primedia, Inc. from businessman Antonio O. Cojuangco, Jr.

In the following years, MediaQuest continued to expand. It gained control of BusinessWorld in 2013, and acquired majority ownership of The Philippine Star in 2014. A year after, TV5 Network and Cignal made a partnership with United States-based Bloomberg Television to launch a local franchise of the international news channel named Bloomberg TV Philippines.

At present, media outlets under the umbrella of MediaQuest — from print to radio, television, and online — remain as reliable sources of information, and continue to evolve in their respective niches. 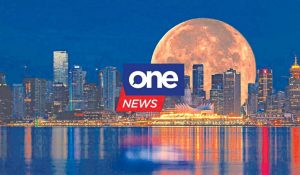 The most recent development that the local media conglomerate introduced in the Philippine media landscape was the introduction of One News, a flagship news station on Cignal TV. It is an aggrupation of the news division units within the MediaQuest, namely The Philippine Star, BusinessWorld, TV5, and Bloomberg TV Philippines, which aims to continuously deliver credible news to the Filipino community.

“That’s what we want to be known for: credibility, trust. Essentially, we want to become a news authority, especially in this age when there’s so much talk about fake news all over the place. We need to reassure the public that there are still organizations like us that invest in this type of institutions,” MediaQuest President Ray C. Espinosa said at the launch of One News in May 2018.

“Gathering the content from them, curating and moderating it, we should be able to achieve a viewer base that understands that news is about trust and the organizations behind this news channel are eminently trustworthy news institutions in their respective rights,” Mr. Espinosa added. — Mark Loius F. Ferrolino

The edge of upscale homes and living