THE PHILIPPINES was ranked towards the lower half of a 90-country study on digital infrastructure quality, according to a study conducted by Tufts University in Massachusetts and Mastercard, Inc.

The study, Digital in the Time of COVID, classified the Philippines as among those countries that need to “reduce its infrastructure friction for better digitalization.” It ranked the country 64th on a metric called “digital evolution” and 52nd in terms of “digital momentum.”

On the other hand, the Philippines placed 28th in terms of fostering digital trust, and was 10th in terms of digital user experience.

The ranks were determined based on the study’s Digital Intelligence Index, which weighed more than 350 indicators.

The study described the Philippine economy as being in the “watch out” category, signifying “significant challenges with its relatively lower state of digitalization and momentum.”

The study also found that the younger segments of the Philippine population are highly engaged and enthusiastic about the digital shift.

“High levels of engagement are seen through social media and technology use, a potential bright spot for technologists, policymakers, and business leaders to convert this demand into future growth,” it said.

This year’s Digital Intelligence Index builds upon earlier editions in 2014 and 2017. In a separate statement, the report’s authors said the index presents a snapshot of global digital development, and what key factors are driving the shift in the new normal.

Mastercard President of Cyber & Intelligence Ajay Bhalla said it was crucial to understand the factors driving digitalization and digital trust.

“With that knowledge, businesses and governments can work together to help all 7.6 billion people around the world benefit from the vast opportunities a digitally advanced economy can bring.  While much remains uncertain today, it is clear that digital success will be a key building block in our collective recovery,” he said in a statement. — Angelica Y. Yang 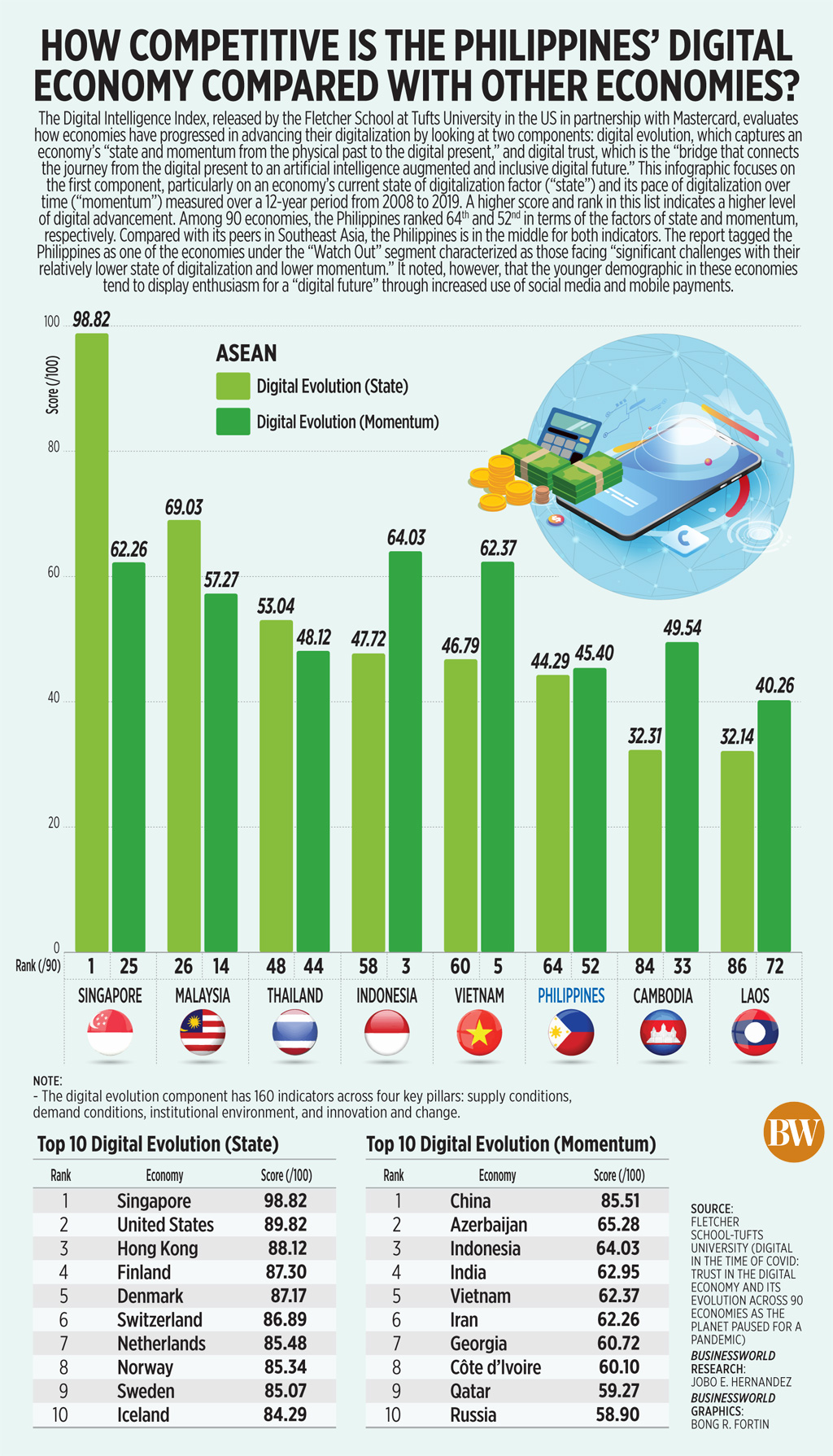 Power restored to 98% of Albay households after late-year typhoons