Home Editors' Picks The risk, despite the growth

The surveys show that the Filipino people are optimistic about the new year; that their lives will be better off in 2020.

The people’s perception is backed up by impressive growth statistics. It is most likely that Gross Domestic Product (GDP) growth in 2019 reached 6%. Growth would have been slightly higher if not for the squabble within the administration. Congress delayed the approval of the national budget, resulting in a dip in government spending in the first half of the year.

Underlying this growth are sound economic fundamentals. Inflation has been tamed. Interest rates have been slashed. The currency has stabilized. Revenue efforts, thanks to the series of tax reforms, have risen. Accordingly, the Philippine credit rating has secured investment grade, and the economic managers are aiming to get an A rating.

More importantly for development, unemployment and underemployment are at a historically low level. (In other words, jobless growth — a feature in the heyday of neoliberalism — is gone.) In the same vein, poverty reduction has accelerated — a decline in poverty incidence by more than six percentage points in a short period of three years, from 23.3% in 2015 to 16.6% in 2018.

Having a growth rate of 6% and above has been the norm since 2012. This is the longest high-growth streak that the Philippine economy has experienced. And we can expect better performance in the years to come, especially in light of the durable reforms that have been put in place.

It has become an axiom — for economists of whatever philosophical or ideological persuasion accept this — that what drives economic growth is having good institutions.

Which leads us to the question whether good institutions are present in the Philippines.

Quite a few are prone to conflating good institutions and good governance, which is imprecise.

Institutions are about rules — formal (e.g. laws) and informal (e.g. customs and traditions) — that shape the economic and political behavior of the members of society. Good institutions have the characteristics of being certain (or predictable and unarbitrary), being enforceable, and eliciting the whole society’s compliance.

On the other hand, good governance is actually difficult to pin down although buzzwords like “accountability” and “transparency” are associated with it. (In this particular respect, for liberals, the Duterte administration does not meet the standards of “good governance.”) 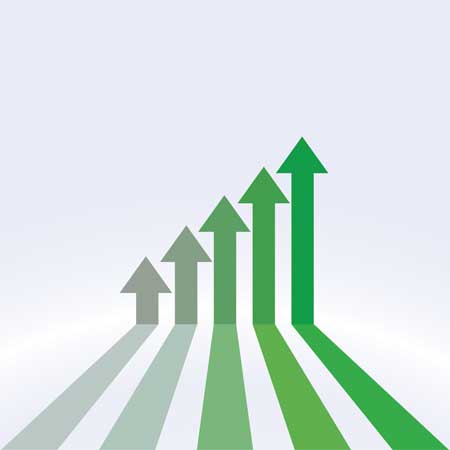 So let’s stick to the rigor of institutions. The respect for property rights and concomitantly, the enforcement of contracts are at the heart of economic and political institutions. In other words, good institutions are about the supremacy of the rule of law. But such rule of law is indifferent as to whether it is applied by a political regime that is authoritarian (think Singapore) or not.

The point above become becomes highly relevant in the Philippines. On the one hand, it is under President Rodrigo Duterte’s rule, albeit authoritarian, that critical reforms — tax reforms, rice tariffication, universal health care, the easing of business rules, among others — have been passed. These reforms will bring us closer to achieving high middle income status in the medium term and enable sustained growth and development over the longer term

On the other hand, the President’s statements and behavior undermine the rule of law and run counter to strengthening good institutions. Recently, he said that the Philippine government would not comply with an international arbitral ruling that ordered the Philippine government to indemnify Manila Water the amount of P7.39 billion which the water concessionaire lost arising from the regulator’s pricing decision that violated the contract. Further, in an angry tone, the President threatened the two water concessionaires, Manila Water and Maynilad, to have their contracts stripped. Mr. Duterte’s anger is misguided, borne out of his simplistic populism and his ignorance of the complexity of the contracts.

(Truth to tell, even the Benigno S. Aquino III administration did not have a deeper grasp of the complicated issue. Fellow columnists Romy Bernardo and Raul Fabella have done sober analyses on the issue, and I agree with them on the essential points. But the lesson here is: Do not oversell privatization, and be aware of the political consequences of prettifying this kind of privatization. The contract was made more appealing by exaggerating the reduction of prices through an optical illusion in which the decent return to investors is not reflected in the water distribution price but is realized in passing the corporate tax burden to the consumers. Next time, make the pricing straightforward and transparent.)

In the same breath, the President pronounced that he would not allow the renewal of the television franchise of ABS-CBN. This is personal spite, arising from how the local office of ABS-CBN in Davao failed to run an electoral campaign advertisement that the Duterte camp had already paid for.

No doubt about it, disregard for an arbitral ruling, breaking of contracts, arbitrariness, and spite all damn the rule of law and good institutions. The damaging effect of Duterte’s populism and arbitrariness might not be immediately felt, but this, if unchecked and extended, will threaten future growth (Venezuela serves as an example — it enjoyed high growth under the populist rule of Hugo Chavez, thanks in part to the windfall provided by high oil revenue, but its bad institutions have led to the current situation where living in Venezuela is like being in hell.)

The dangers in 2020 are formidable. The global risk is evident in light of the de facto war between the US and Iran as well as the trade wars initiated by US President Donald Trump. Although not insulated from the global developments, the biggest investor risk for the Philippines is domestic — the threat on the rule of law.

An executive of a top corporation, also a friend of mine, neatly summarizes the situation: We have a “push and pull right now. There are opportunities and risks. But the recent domestic events affecting large regulated businesses indicate the risks are on the rise.”

Fixing unfairness of incentives and more in TRAIN 2