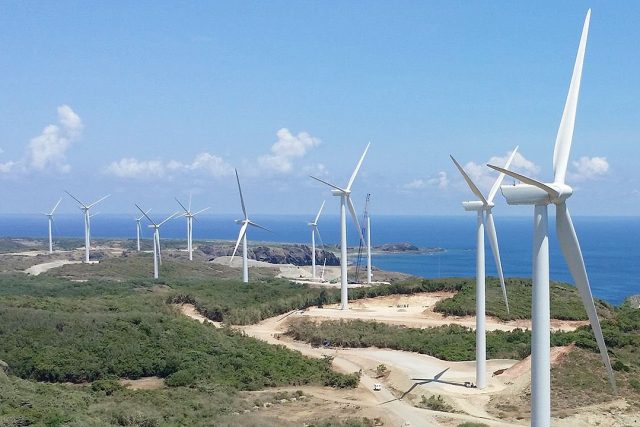 VOLATILE fuel prices in the wake of the Russian invasion of Ukraine will hasten the transition to renewable energy, industry representatives and analysts told BusinessWorld.

“Oil price hikes and volatility will definitely add more pressure to increase renewable energy (RE) deployment especially for the Small Power Utilities Group (SPUG) which rely heavily on diesel. The ridiculously high price of oil for power — in some cases over P100 per kilowatt-hour — is subsidized by the average Filipino consumer as well, which does contribute to our high electricity prices,” Verne Energy Solutions Chief Executive Johnny A. Altomonte said via chat message.

SPUG is a unit of the National Power Corp. that oversees the provision of power to remote, off-grid communities.

The transition will be hastened by the imminent rise in power prices, with the impact of the Russia-Ukraine war on fuel prices expected to start showing up in power bills by May, Manila Electric Co. (Meralco) has said.

“In the past weeks, world crude oil prices have been increasing (and) this will eventually be reflected in the cost of Malampaya natural gas and thereafter, on the generation cost,” Meralco Vice-President and Head of Utility Economics Larry S. Fernandez said during a March 10 briefing.

“For now, we won’t feel it as Malampaya prices are being updated quarterly, and will next be updated in April, to be reflected in the May generation charge.”

ATN Holdings, Inc. said recently that it is developing a 1.4-megawatt (MW) solar power plant to supply its crusher plant and electric trucks used in its mining operations.

“ATN Solar will accelerate its renewable energy adoption through its ‘alignment with the low-carbon economy transformation blueprint’ for timely energy conservation and energy efficiency at a time when commodities are at an all-time high,” the company said in a disclosure to the exchange last week.

So far, Wilcon has installed solar power at more than 30 of its stores, having tapped MSpectrum, a unit of Manila Electric Co., to install capacity of 1,306.46 MW across its network.

“Renewables are even more sensible at this time when fossil fuel prices are skyrocketing and to preserve our planet for the next generation,” ACEN Executive Director and Head of Commercial Operations Roman Miguel G. De Jesus said in a statement.

GEOP is a Department of Energy (DoE) program for power users that consumes at least 100 kilowatts. GEOP allows these users to source their power from accredited renewable energy suppliers.

The government has set a target of a 35% renewable energy share in the power mix by 2030.

“The government needs to hasten the implementation of all RE mechanisms (which will) encourage the expansion and establishment of more financing (channels) such as the Development Bank of the Philippines’ merchant solar financing facility,” Mr. Arances said in a Viber message on Monday.

He also said that the government, including local government units, must also ensure the adoption of solar power in all its government buildings.

“Ridiculously high oil prices today can definitely be a turning point for renewables… Dependence on dirty energy (highlights the vulnerability of) a country relying on fossil fuels… to global shocks,” he said.

“A swift transition to 100% renewable energy is the only viable way forward, but having sufficient policy and financial leadership and support to get there is an altogether different matter,” he added.

DoE Oil Industry Management Bureau Director Rino E. Abad said on Monday that fuel prices “will continue to be volatile in the next weeks.”

“Prices are very unstable now as trade is easily affected by (events like the attack on the Saudi Aramco petroleum storage facility (in Jeddah) and the lockdowns in China,” he said via Viber on Monday. — Marielle C. Lucenio