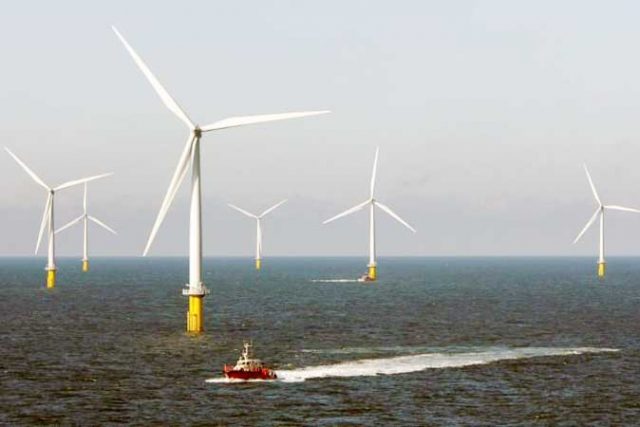 RENEWABLE ENERGY (RE) projects accounted for 55% of the 93 proposals evaluated for grid integration as of November, with only one coal-fired facility obtaining similar clearance, the Department of Energy (DoE) said.

The DoE said in a document posted to its website that the renewable projects accounted for about 16,000 megawatts (MW) in capacity.

Wind projects accounted for 10,935 MW, while solar power capacity was 4,251.233 MW. Some projects on the document were not identified with no capacity details listed.

The DoE has committed to a target of 50% RE capacity by 2040 as outlined in the 2040 Philippine Energy Plan.

Energy Undersecretary Felix William B. Fuentebella, during the Energy Investment forum on Dec. 3, said the Philippines needs an additional 92,320 MW of installed capacity by 2040 under what it calls the clean energy scenario.

Of the projects listed on the document, gas-fired power plants accounted for a significant proportion by capacity.

The clearance does not entitle developers to start their projects, but rather to begin conducting a system impact study with the NGCP to identify whether the grid can accommodate the power sourced from such projects and the cost and adjustments needed to accommodate them.

The Energy department published an estimate on Dec. 7 indicating the issuance of permits to 13 new power ventures in November with total capacity of 5,255.258 MW.