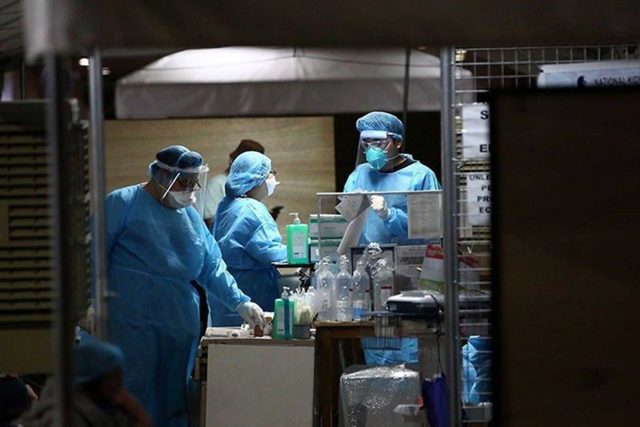 CORONAVIRUS deaths in the Philippines rose to more than 21,000 on Tuesday after health authorities reported 46 more deaths.

The Department of Health (DoH) reported 5,177 more coronavirus infections to 1.24 million, a day after President Rodrigo R. Duterte extended the general lockdown in the capital region until June 15 after a fresh surge in cases.

Eleven duplicates had been removed from the tally, eight of which were tagged as recoveries. Fifteen recoveries were reclassified as deaths.

Ten laboratories failed to submit data on May 30, the agency said. About 12.6 million Filipinos have been tested for the coronavirus as of May 30, according to DoH’s tracker website.

The coronavirus has sickened about 171.5 million and killed 3.6 million people worldwide, according to the Worldometers website, citing various sources including data from the World Health Organization.

About 153.8 million people have recovered, it said.

Meanwhile, the Philippines will take delivery this month of at least two million doses of the vaccine made by Pfizer, Inc., vaccine czar Carlito G. Galvez, Jr. told a televised news briefing.

As many as 2.2 million doses of Pfizer vaccines obtained under a global initiative for equal access will arrive on June 11, he said. The Pfizer vaccines will be given out in Metro Manila, Davao and Cebu, he added.

The country earlier took delivery of about 193,000 doses of the Pfizer vaccine.

Thousands of Filipinos flocked to vaccination sites in Manila, the capital and a nearby city last month to get the Pfizer shot, which many Filipinos supposedly prefer.

Mr. Galvez said the Pfizer vaccines that will arrive next week will be given to health workers, senior citizens and seriously ill people.

He said the country would have a steady supply of coronavirus vaccines starting next month. He added that the country’s vaccine portfolio would include vaccines made by AstraZeneca Plc, Moderna, Inc. and Russia’s Gamaleya National Research Center of Epidemiology and Microbiology.

At the same briefing, national pandemic plan deputy chief enforcer Vivencio B. Dizon said the government seeks to vaccinate as many as five million Filipinos this month.