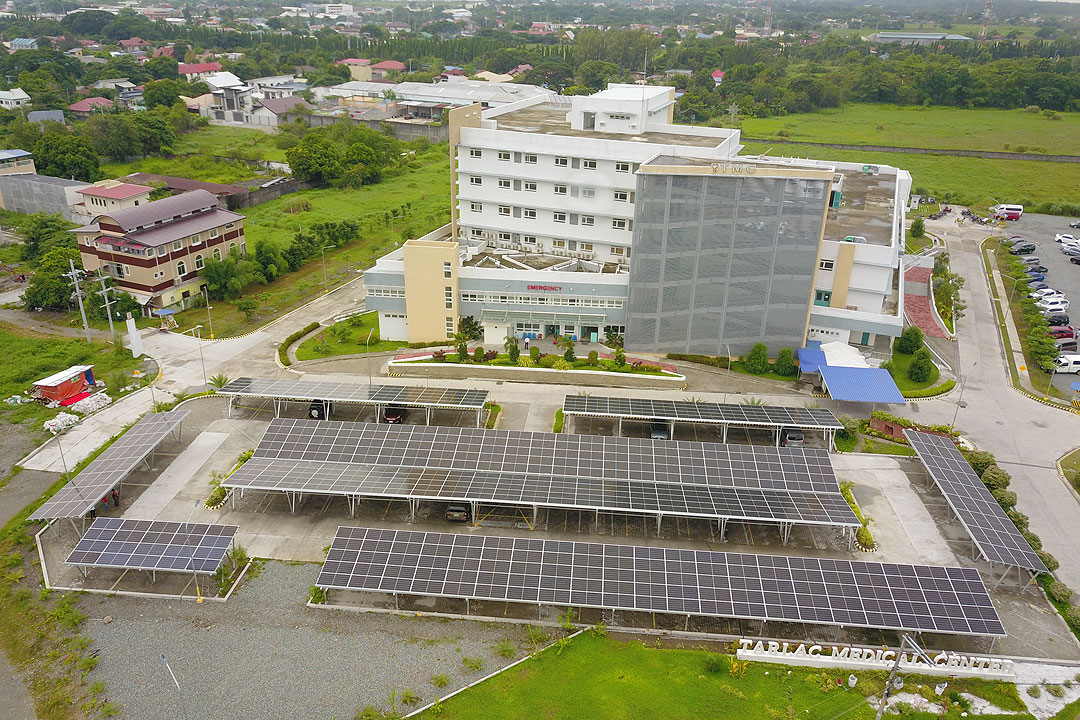 LISTED construction firm EEI Corp. said on Thursday that its power unit has energized a 290.16-kilowatt-peak (kWp) solar carport system for a hospital in Tarlac City.

In a disclosure, the company said its power utility arm EEI Power Corp. completed the system for Tarlac Medical Center (TMC) in Fairlane Subdivision, in the city’s Brgy. San Vicente.

The solar carport system is made up of 543 pieces of 535-watt-peak monocrystalline photovoltaic solar panels. It is expected to supply as much as 60% of the hospital’s daytime load requirement and can generate an annual average energy yield of 333,319 kW-hours.

EEI said through the project, TMC’s carbon footprint is expected to be reduced by as much as 130 metric tons per year, which is said to be equivalent to 30 gasoline-powered passenger vehicles driven in a year, and planting 3,900 trees.

Dr. Benedicto Benin, the hospital’s president and chief executive officer, said the project “is testament to TMC’s support to environmental stewardship by raising awareness on the benefits of clean energy. We believe that using renewable, non-polluting energy sources is a key driver of sustainable development.”

Through its 25-year lifespan, the solar power system is expected to help TMC save up to P73 million in electricity costs. The carport covers a total area of 2,501 square meters and can accommodate 95 vehicles.

EEI claims that the installation “is the biggest of its kind ever installed in a local hospital by far.”

Roberto Jose L. Castillo, EEI Power’s president and chief executive, said, “we are fully committed to making our solutions accessible and affordable to all customers while upholding the highest standards and quality to our clients. It is a privilege that we have become a part of this very meaningful undertaking of [TMC].”