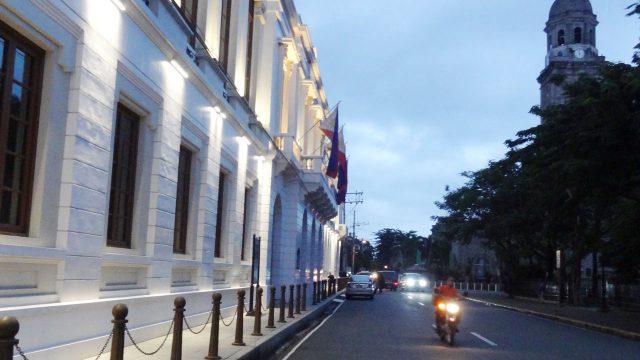 THE GOVERNMENT rejected all bids for its offer of reissued Treasury bonds (T-bonds) on Tuesday as investors asked for higher returns due to lingering inflation concerns.

The Bureau of the Treasury (BTr) turned down all tenders for its offering of reissued 10-year Treasury bonds (T-bonds), which have a remaining life of five years and six months.

The BTr did not award the bonds even as the offer fetched P34.062 billion in tenders during Tuesday’s auction, lower than the P35 billion on the auction block and the P65.091 billion in bids recorded the last time the BTr offered the bond series on June 22.

Had it made a full award of the papers, the average yield on the 10-year bonds would have jumped by 169.8 basis points to 4.883% on Tuesday from the 3.185% fetched when the series was last offered.

Still, this would have been slightly lower than the 4.9% quoted for the 10-year tenor at the secondary market prior to the offering, based on PHP Bloomberg Valuation Service Reference Rates published on the Philippine Dealing System’s website.

Meanwhile, the five-year bonds, the nearest benchmark tenor to the remaining life of the papers on offer on Tuesday, was quoted at 3.8109%.

National Treasurer Rosalia V. de Leon said the government decided to reject all bids for Tuesday’s offer as investors submitted rates “like an arm and a leg.”

She said the market is asking for higher returns as inflation concerns linger and due to expectations that the US Federal Reserve would begin tapering its asset purchases soon.

Bangko Sentral ng Pilipinas (BSP) Governor Benjamin E. Diokno on Monday said raising benchmark rates “too early” would harm economic recovery and that there would be no policy adjustments until the end of the year.

He said the elevated inflation seen in recent months is transitory and is because of low supply.

Headline inflation stood at 4.8% in September, easing from the 4.9% recorded in August. For the first nine months, inflation averaged at 4.5%.

Meanwhile, the Fed last month said it could start reducing its monthly bond purchases as soon as November and signaled interest rate increases may follow more quickly than expected.

Ms. De Leon said despite Tuesday’s auction result, the government has no urgent need to borrow as it is in a “strong cash position supported by improving revenue collection and expected ODA (official development assistance) inflows.”

A trader said the reissued 10-year paper’s average yield would have been too high compared with secondary market yields if the BTr had made a full award.

“This may have mirrored yields of US Treasuries [that] rose at the belly of the curve. Despite the BSP saying that they may not raise rates, local and foreign inflation remain concerns and other central banks abroad may decide to take action.”

A second trader said in a Viber message that the market “seems not inclined to take more risks at this point, which led to higher asking rates.”

The trader added that Mr. Diokno’s recent dovish statements could help calm down the market.