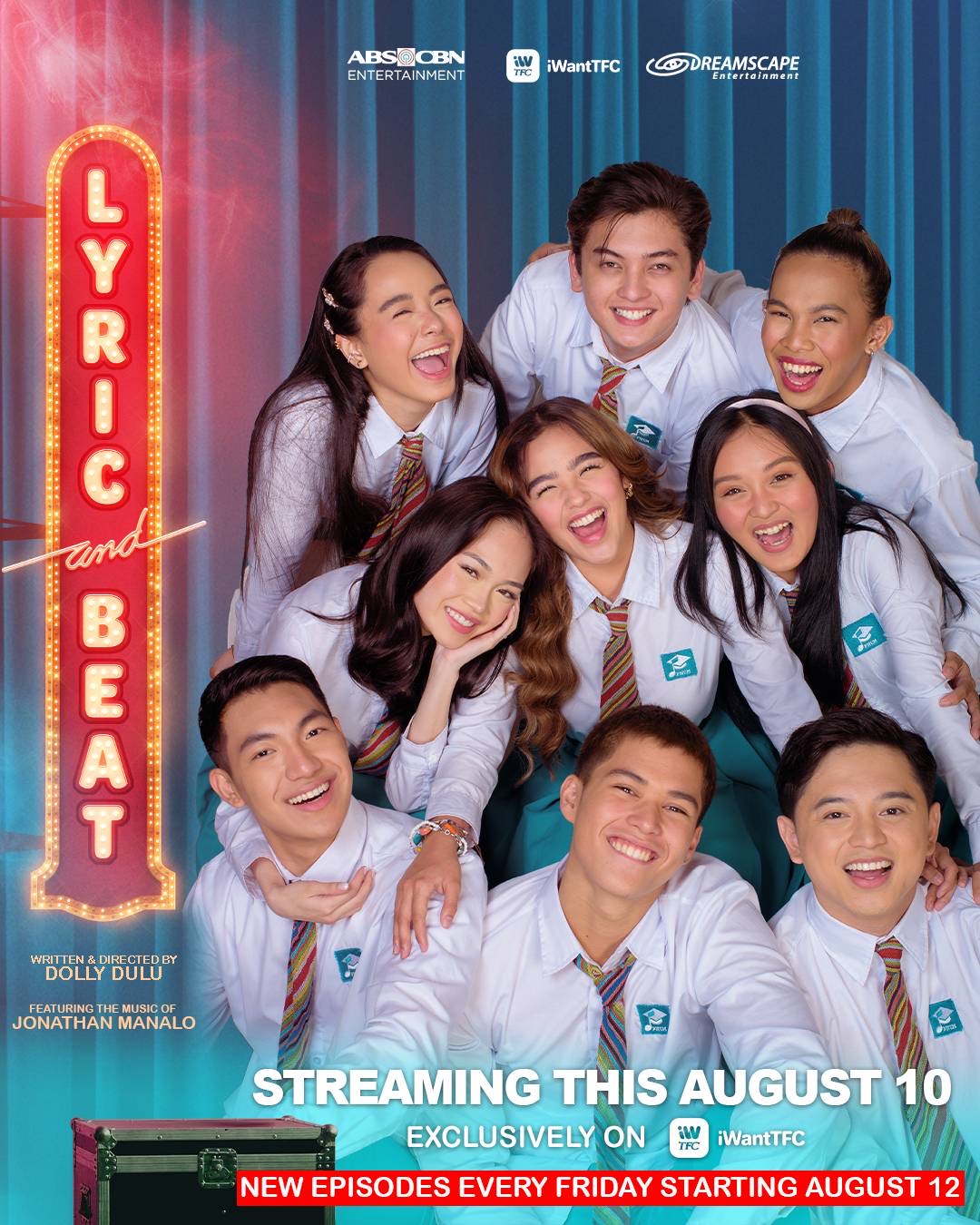 A GROUP of students’ journey to fulfilling their hopes and dreams is the focus of iWantTFC’s new musical drama series Lyric and Beat. The show premieres on Aug. 10.

Written and directed by Dolly Dulu (The Boy Foretold by the Stars, and Love Beneath the Stars), Lyric and Beat is influenced by her background in theater and exposure to musicals such as the Disney Channel’s High School Musical and Camp Rock.

The musical series follows Lyric (played by Andrea Brillantes), a driven teenager who wants to be a famous singer like her late mother. A scholar at the Philippine National Conservatory of Music (PNCM), she must become part of a show choir and win the upcoming national competition in order to stay in the school.

As Lyric navigates PNCM, she meets students who also want to make their dreams come true:  Beat (Seth Fedelin), an introverted freshman who developed stage fright; Jazz (Darren Espanto), one of the best singers in PNCM and the head of the choir; and Cadence (AC Bonifacio), Jazz’s best friend who wants to introduce dancing in show choir. Lyric also crosses paths with Grae (Kyle Echarri), the leader of the rival school; Melissa (Sheena Belarmino), Jazz’s sister and the school’s resident mean girl; Stevie (Jeremy G), who stutters but not when he sings; Virlyn (Angela Ken), who can play any musical instrument; and Unique (Awra Briguela), rejected by the choir because of her gender identity.

The show’s cast began attending workshops and rehearsals in December 2021 before the locked-down taping this year.

“Bawat episode may character na naha-highlight….(There is a character highlighted in each episode),” Ms. Dulu said during a press conference on July 19 which was streamed on YouTube.

“’Yung cast namin, iba-iba ang speciality ng lahat (Our cast members have different specialties),” Ms. Dulu said. “Ang bilin ko kasi sa kanila (I just remind them): everybody has to look like they are all on the same level.”

The musical series features the music of composer and music producer Jonathan Manalo.

Twenty years’ worth of songs from Mr. Manalo’s catalog will be featured in the series. Mr. Manalo’s compositions in Lyric and Beat, such as “Tara Tena,” “Kabataang Pinoy,” and “Patuloy Ang Pangarap,” are given a new treatment. Original songs were also written for the project.

“My songs have been there. Its 20 years’ worth of songs. Song book lang ’yun (It is just as song book). Hindi ko masasabi na (I cannot say that) it’s a musical with the story of [Direk Dolly],” he said.

Lyric and Beat can be seen for free on iWantTFC in the Philippines and Indonesia. The show will also be available for premium users in other countries beginning Aug. 10. — Michelle Anne P. Soliman