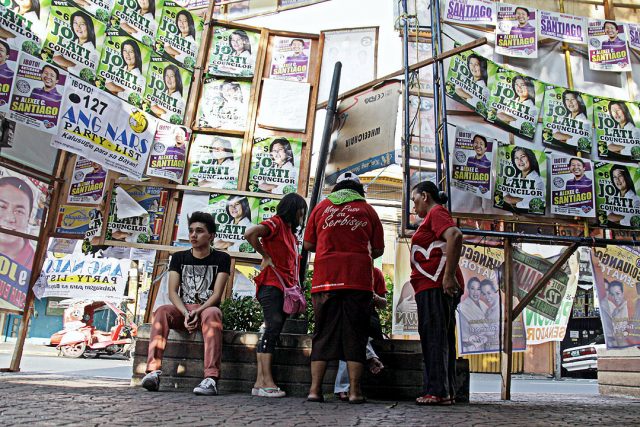 The use of social media during the new normal is not going to render obsolete the traditional methods of campaigning, political analysts and strategists said Wednesday.

Experts shared their views in a forum on campaign dynamics during the pandemic, which tackled issues of mis- and dis-information and varying levels of Filipinos’ political participation amidst shifts in campaign strategies for the 2022 elections.

“The traditional methods still exist, but in so far as national candidates are concerned, they will have to rely less on them,” said Dennis C. Coronacion, president of the Philippine Political Science Association. “As for modern campaign methods, they can reach a good number of supporters, but depth of engagement may not be as good.”

He attributed these shifts to constraints on election campaigns, which include physical restrictions discouraging voters to turn up to events and travel restrictions limiting the number of public engagements national candidates could have.

Angelito “Lito” T. Banayo, political campaign strategist for presidential aspirant Francisco “Isko” Moreno Domagoso, agreed with the need to adjust for the pandemic but not to the point of relying entirely on social media due to the lack of access for many.

“While it’s true that majority of youth is on social media, for senior citizens and people from rural areas, that’s not true yet,” he explained. “When you craft a campaign strategy, you have to spread evenly across the population.”

As for how to conduct online engagements, Mr. Coronacion added that the new normal will force candidates to “go out of their comfort zones and explore unfamiliar territory,” from getting the services of vloggers, influencers, and digital-oriented campaign staff to drawing up communication strategies that utilize the two-way nature of social media.

A Pulse Asia survey conducted in September showed that almost half (48%) of Filipino adults get their political news from the internet.

CHALLENGES AND OPPORTUNITIES
University of the Philippines Diliman political science professor Maria Ela L. Atienza pointed out that the media, the academe, and other interest groups have to be rigorous in terms of fact-checking and voters’ education.

Of all the Filipino adults in the Pulse Asia survey who said they got their news from the internet, 44% specified that their source was Facebook, she reminded — where fake news and extreme polarization have drastically shifted the information landscape.

She also warned of the challenges that the pandemic itself brings to the elections: “There’s a real threat of voting reluctance and possible low turnout due to fear of the coronavirus, plus a risk of failure of health protocols.”

A global study by the International Institute for Democracy and Electoral Assistance (IDEA), conducted in countries that had national or subnational elections in 2020 and 2021, found that voter turnout increased in 32 countries but declined in 58 countries, with results depending on the health protocols and whether people felt safe.

Despite this, pandemic-related issues could push people to vote, according to Ms. Atienza, particularly citizens dismayed by the management of the health crisis who are reached by creative local campaigns sympathetic to their struggles.

Office of the Vice-President (OVP) spokesman Ibarra “Barry” M. Gutierrez III shared the approach for Maria Leonor “Leni” G. Robredo’s presidential campaign, which has found strength among the youth online: “People can be active campaigners within their own spheres. We now just have to provide them with the tools they need, like online visuals and the appropriate responses.”

However, he also agreed with Mr. Banayo’s sentiment that age can be a misleading demographic, especially with socioeconomic status playing a major role in access to social media.

“The challenge is identifying segments within that broader segment to whom you can target your messages,” he said.

Transport agency may use train stations and ports as vaccine sites

Lockdown love: dating during the pandemic