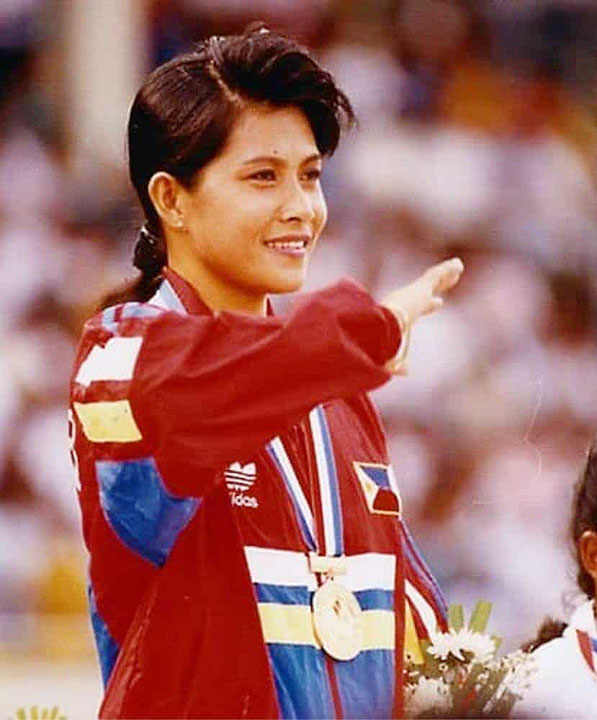 Asia’s fastest woman in the 1980s, Lydia (Diay) de Vega was scheduled, as we were doing this column, to be laid to rest at Pandayan Memorial Cemetery at Meycauayan City, Bulacan on Wednesday, Aug. 17. Diay’s interment was to be followed by a two-day wake at the St. Francis of Assisi Parish Church, one of the oldest parishes in Bulacan. As expected, thousands of mourners have visited the wake to say goodbye to one of the town’s favorite daughters and hometown heroes.

Diay was born in and grew up in Meycauayan where she was elected councilor in 2001. Diay was 57 when she succumbed to breast cancer on Aug. 10, after waging a quiet but brave battle against the killer disease that, according to the University of the Philippines-National Institutes of Health’s Institute of Human Genetics, claims the lives of four Filipinos every hour or 96 patients every day. Reports indicate that the Philippines has the highest prevalence of breast cancer in Asia and ninth in the world.

Diay was diagnosed with the disease in 2018 in Singapore. True to her character however, she kept her illness a secret except from her immediate family. Eldest child Stephanie, a former De La Salle Lady Spiker, said that, “Mama did not want to bother people and wanted to solve her problem herself.” Diay kept her condition so well-guarded a secret that everything seemed so normal when she appeared with other sports greats — like three-time world bowling champion and Guinness World Records holder Paeng Nepomuceno, basketball star Alvin Patrimonio — to carry a giant Philippine flag during the opening ceremonies of the 30th Southeast Asian Games.

Diay made sure that she did not appear unwell, to the point that she even took an active part in the wedding preparations of Stephanie, who married longtime sweetheart, David Abesamis Koenigswarter, a professional pilot. Diay extended her Manila trip to attend the wedding of Stephanie (or Paneng) in December 2019.

Sometime in July-August 2021, as the country geared for the presidential elections on May 9, 2022, we asked Diay if she would do a short video urging Filipinos, especially the youth, to “go out and register in order to vote” in the forthcoming elections. Diay asked for a few days to think about it. I had told her that other sports personalities like taekwondo Olympian and taekwondo world championship gold medalist Monsour del Rosario, Nepomuceno, volleyball players Mika Reyes and Jaja Santiago had agreed to do the commercial. Diay later told me that she would not be able to do the commercial because “I would rather remain in the background here in Singapore.” Hidilyn Diaz, the country’s first Olympic gold medalist graciously agreed to do the commercial a few days after winning the country’s first ever Olympic gold medal in Tokyo. The Hidilyn commercial was an instant hit, going viral a few minutes after it was posted.

Years earlier, in 2003, as I narrated in an earlier column, Diay agreed to appear on a weekly TV sports show with me called Double Team, aired on IBC 13. By the time she appeared in the weekly sports show, she had a movie to her credit, aptly called, Medalyang Ginto. Lydia and Tatang, her father-coach, played out how they achieved success in athletics. It was therefore not difficult to act out what they did in real life. It was not surprising then that Diay appeared comfortable in front of the camera and easily memorized her lines and embraced the show’s concept: two sports personalities dealing with both the technical and philosophical aspects of sport and sport as a force for good.

During breaks in the taping, Diay would express her feelings about how athletes, especially those with continuing victories, should behave and the responsibility on their shoulders. Moral character was to her just as important as skill. Daughter Stepanie’s reluctance to talk about the disconnect between skill and moral character in an athlete was consistent with her mother’s desire to refrain from commenting on those inconsistencies and anomalies. Stephanie would say, “Like Mama, huwag natin pag-usapan na (let’s not talk about that anymore).” That comment, however, revealed the moral compass by which mother and daughter were guided.

At her wake at the Heritage Chapels, I was able to spend a few moments with Diay’s husband, Paolo Mercado, who recalled those nights when he would accompany her to our taping sessions at a studio in Broadway Centrum in Quezon City. Paolo also reminisced about the night I dropped by the couple’s place in Project 4, Quezon City during the wake of their four-year-old son, Jonathan. Diay’s first son was run over by a passenger jeep while playing in front of the Mercados house on Feb. 14, 2001.

I vividly recall that precise moment when I condoled with Diay who was at a loss in understanding why her son had such a short life. I sensed that she regretted that she was not able to do enough to “prevent” the accident from happening.

Diay’s mother, Mary, after whom Maria Lydia de Vega was named, was quietly grieving as I observed her from a distance during the wake. I approached mother Mary and she said, “Napakabait ng batang ’yan.” (She was so kind). Mary narrated that Diay would often call her up from Singapore to advise her “not to work too much since there are people who can help you there.”

Twelve years the junior of her late husband, ex-policeman Tatang, Mary, now 83, rued that “instead of my child burying me, I’m the one burying Diay.” Mary added that after three sons, she gave birth to Diay, who was followed by two daughters, one of whom was adopted.

One among Diay’s ex-Gintong Alay comrades who took her passing hard was Elma Muros-Posadas. Just two years younger than Diay, Elma was considered Diay’s heir apparent although some quarters unsuccessfully tried to create a rivalry between the two. The two would not, however, oblige. To begin with, Elma was competing in different and more events. Elma was competing in the heptathlon, a grueling eight-event discipline. It was the female version of the decathlon, a 10-event discipline. Of the eight events in heptathlon, Elma excelled in long jump and was promptly accorded the title of “long jump queen.”

Diay and Elma shared the values of integrity, truthfulness, and loyalty. Even while Diay was overseas, the two would often talk for hours on Viber or WhatsApp about goings-on in the Philippines, especially in the athletics community. Both knew the real substantive issues and were not fooled by elaborately prepared and presented and glossy but untruthful narratives.

Elma wept unabashedly during the wake, saying that she had leaned on Diay for proper advice and guidance on her life as an active elite, and now a senior and master athlete. One can therefore be sure that what Elma says and does is a product of long reflection and discussion between her, Diay, and husband, coach Jojo Posadas, and fellow ex-Gintong Alay athletes like Nonoy Unso.

Those were the days.

Philip Ella Juico’s areas of interest include the protection and promotion of democracy, free markets, sustainable development, social responsibility and sports as a tool for social development. He obtained his doctorate in business at De La Salle University. Dr. Juico served as secretary of Agrarian Reform during the Corazon C. Aquino administration.

Learning not to forget