When President Rodrigo Duterte lashed out at Maynilad and Manila Water that hold concession agreements (CA) with the government via the MWSS on Dec. 3, 2019, the stock prices of both companies and their allied firms suffered significant declines starting Dec. 4, which continued until mid-December. I continued the series to last Monday, the last trading day of the Philippine Stock Exchange (PSE). The percentage decline of stock values until this week remains big, 49% and 32% for Manila Water Co. Inc. (MWC) and Metro Pacific Investment Corp. (MPI) respectively (see Table 1).

MWC has lost some P18 billion while MPI lost around P40 billion in stock value from the harassment by the President. Very irresponsible.

Consider also that the PSE is a lightweight in terms of market capitalization in Asia Pacific, only $241 billion as of February 2020 and our per capita capitalization was only $2,222, just a third of Thailand, a fifth of Malaysia and 1/50 of Singapore. Soon Vietnam and Indonesia might overtake us (see Table 2). 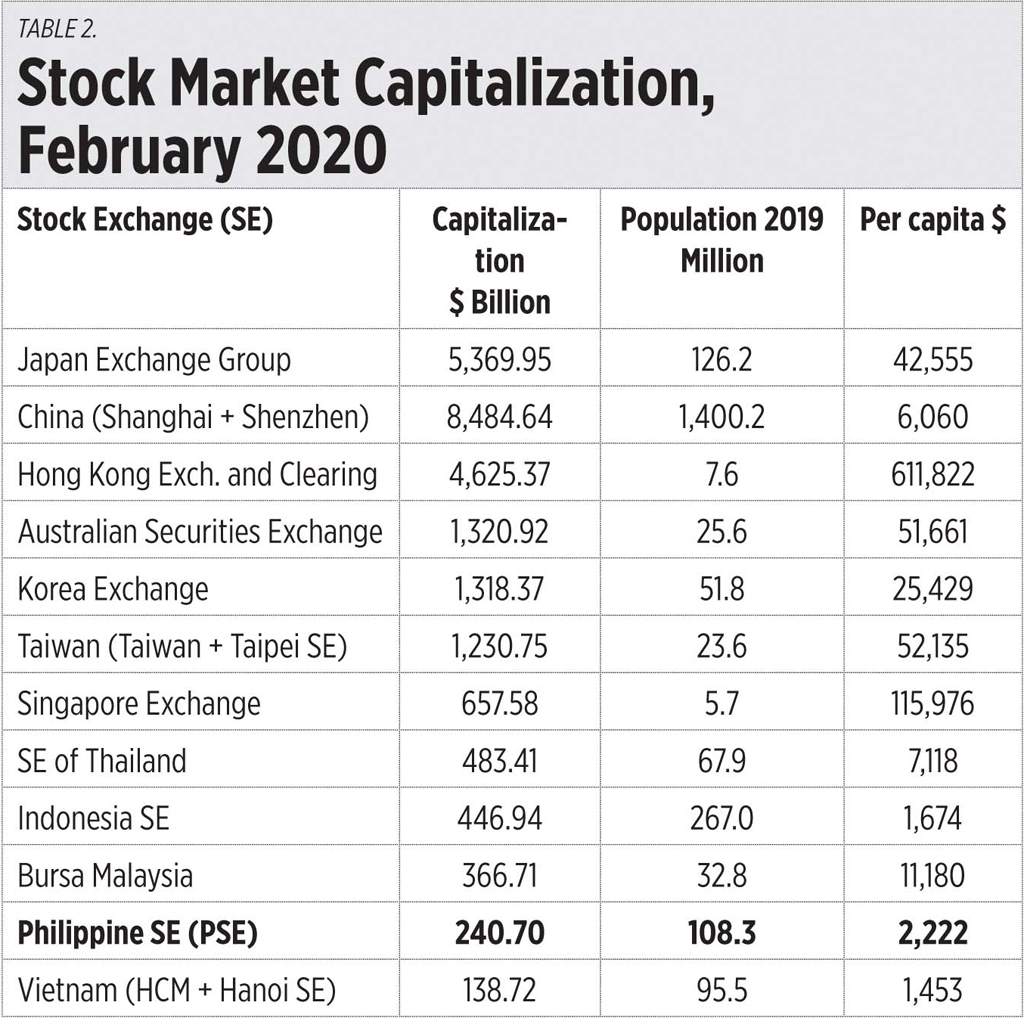 India has a market capitalization of $4.08 trillion and a higher per capita of $3,015 than us.

Now consider this COVID-19 or Wuhan virus, water demand is high this March as the hot season has started and people wash hands very often. I computed the decline in Angat Dam water in the first half of this month — it is 0.15 meters per day. At this rate, Angat water will reach the minimum operating level of 180 meters by around mid-May and water rationing will happen again after that (see Table 3). 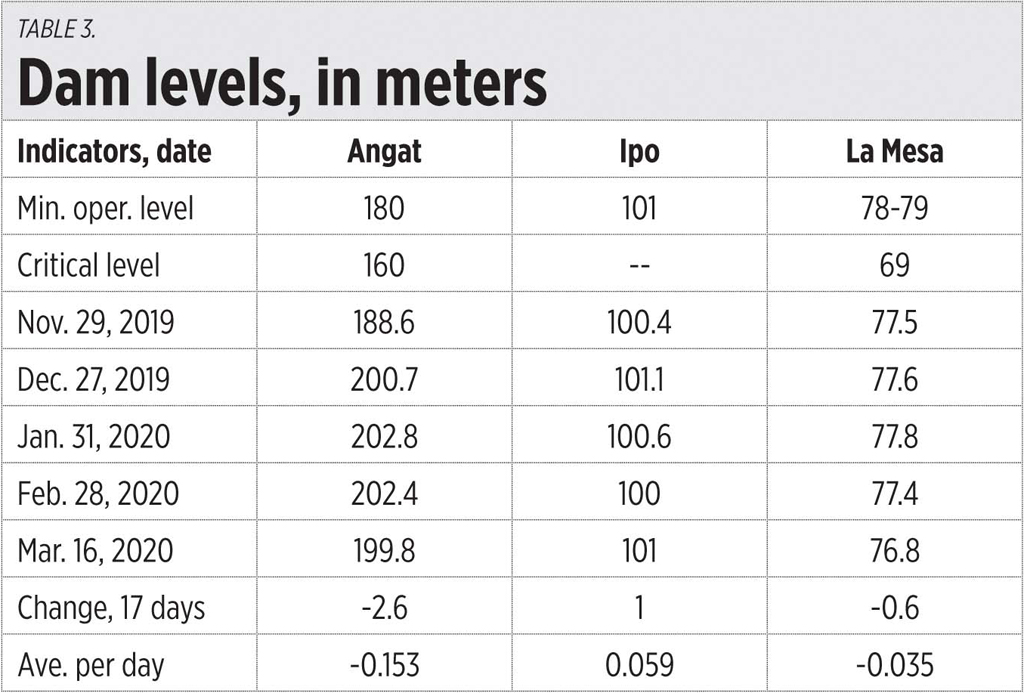 It is important that the two concessionaires develop new short-term water sources and they will need even short-term loans to fund the immediate capex (capital expenditure) but banks remain hesitant to lend to them because of the Presidential harassment that hangs over them until today.

Despite these financial limitations, the Ayala and MPI groups have bent over backwards and extended billions of pesos to their employees, contractors, suppliers, lessors and customers during this virus situation. The Ayalas, for instance, extended a total of P2.4 billion for this. Payment of water bills, rentals, electricity bills have been postponed by at least one month with no penalties or disconnection notices by the two concessionaires.

The President’s political harassment should end and the original concession extension to 2037 should be honored. The Clean Water Act plus Supreme Court Mandamus have jointly raised the requirement from 50% to 100% sewerage coverage and it is estimated that this will require an investment of P458 billion until 2037.

When the political uncertainties are removed, the two concessionaires should be able to mobilize new loans to finance the huge investments needed for the remaining 17 years.

This virus scare has shown us many things, like the need for sustained hygiene and cleanliness, that requires lots of clean water flowing from our faucets to help remove the virus. May this lesson sink into the minds of the President and his officials regulating the water sector.

Davao summit to roll out apps for farmers, halal

PHL economy not quite out of the woods yet — Diokno