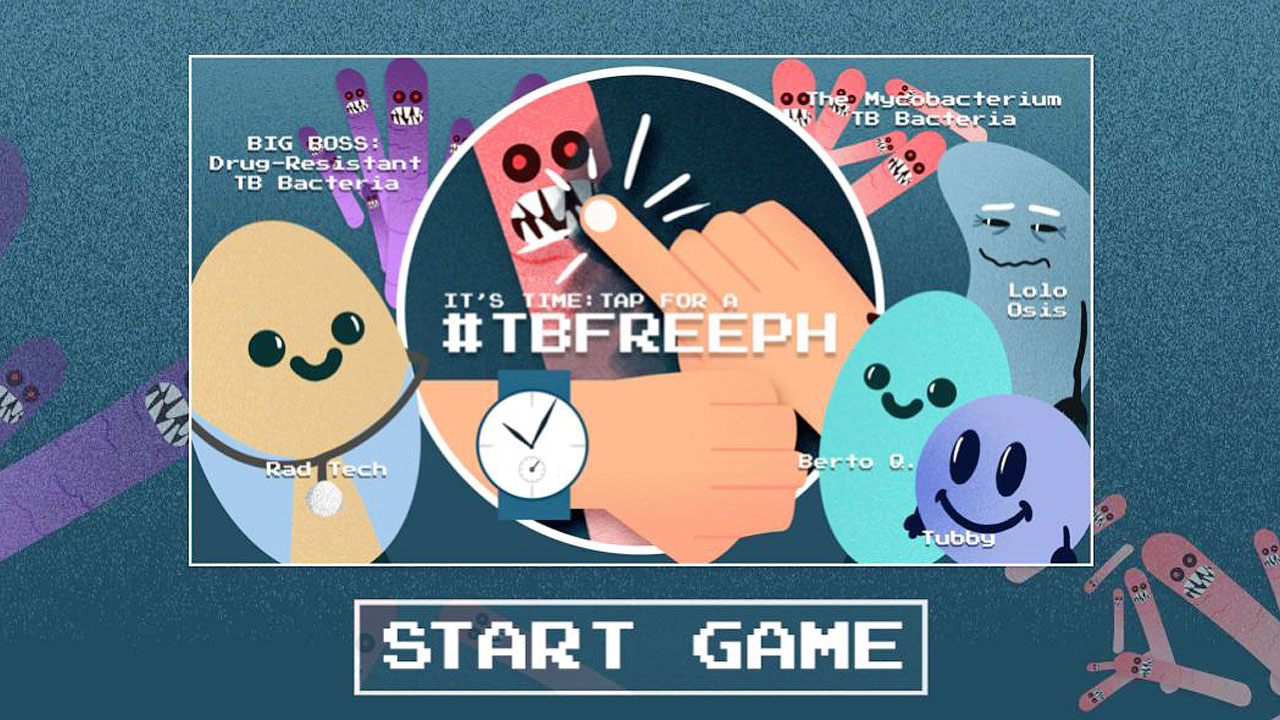 A free-to-play web-based game that casts tuberculosis (TB) bacteria as villains was launched by the Department of Health (DoH) to raise awareness about the infectious disease.

Launched in November, Tap for a TB-free PH is part of DoH’s efforts to eliminate TB in the Philippines by 2035. The game was created in partnership with North Carolina-based nonprofit FHI 360, the United States Agency for International Development (USAID), and the Philippine Tuberculosis Society, Inc. (PTSI).

“During the pandemic, the USAID’s TBIHSS [TB Innovations and Health Systems Strengthening Project] and the DoH were thinking of how to virtually educate students and their parents during the height of the lockdowns. Hence… a game that’s simple to play,” said Franz Jared S. Enriquez, TBIHSS communications and marketing specialist, in an e-mail to BusinessWorld.

The tap-based game has five levels, ranging from removing characters from an area with airborne TB bacteria to intercepting characters who are about to sneeze to prevent them from spreading the disease.

Players who pledge for a #TBFreePH gain extra time to play. They can also donate any amount through a GCash QR (quick response) code to help PTSI provide free chest X-rays.

Tap for a TB-free PH aims to generate one million pledges from online users as it raises awareness and funds for the TB elimination program in the Philippines. Thus far, it has garnered eight.

“The design and development of marketing and communication materials are ongoing to promote and generate more app users by [this month] onwards,” Mr. Enriquez said, adding that the game will be integrated in the DoH website.

The Philippines is ranked fourth among the 30 high TB burden countries, according to an overview of a 2021 roadmap by the World Health Organization (WHO). Over 4 million people have TB but whose cases have not been notified to authorities, up from 2.9 million in 2019. WHO said the Philippines (12%) and 12 other countries account for 93% of the total global drop in notifications.

The 2016 National TB Prevalence Survey found that only 19% of those with TB symptoms sought treatment. This, despite the curability of the disease and the availability of free treatment in public health facilities nationwide.

The disease is caused by a bacterium that typically attacks the lungs, and is spread through the air when an individual with the active TB disease coughs, sneezes, speaks, laughs, or sings.

To combat sedentarism and lockdowns, people are turning to exercise videos — fitness app

MSF turns over diagnostic machine that can detect drug-resistant TB