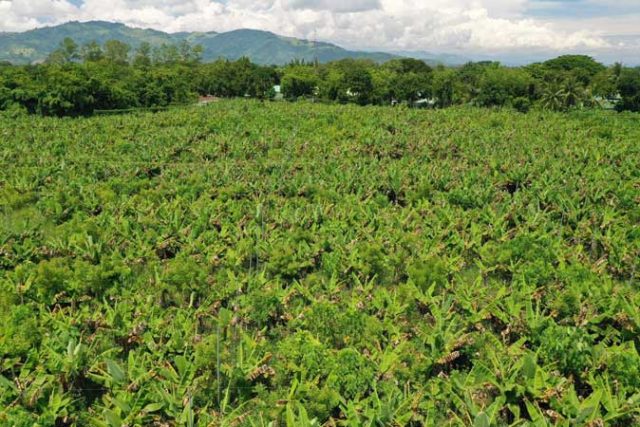 THE MINDANAO Development Authority (MiNDA) said it has brokered an agreement that will revive part of a closed banana plantation in Maguindanao, with the Development Bank of the Philippines (DBP) and multinational exporter Unifrutti committing to assist local growers.

“After a series of consultations and negotiations with the bank, the owners of the land and the corporation which used to operate the 1,500-hectare farm in Datu Paglas, an agreement was finally reached last week which could lead to the start of the rehabilitation and an expected reopening of the former La Fruttera Banana Plantation,” Mr. Piñol said in a statement on his Facebook page.

Under the agreement, the DBP will finance the rehabilitation and operations of the farm, with the size of the loan to be determined pending a review of Paglas Corp.’s assets.

Unifrutti will extend technical and management assistance as well as a marketing contract for the farm’s produce.

Mr. Bacani said in early 2020 that Unifrutti Philippines continues to explore areas within the Bangsamoro autonomous region, including Maguindanao and Basilan, for partnerships.

With only a third of the original farm to be immediately revived, Mr. Piñol said MinDA has recommended the provision of at least part-time employment for 2,000 displaced workers, “many of whom are former rebel combatants.”

The next focus for MinDA will be working out a similar arrangement for the reopening of another closed farm in Talayan, Maguindanao, he said. — Marifi S. Jara