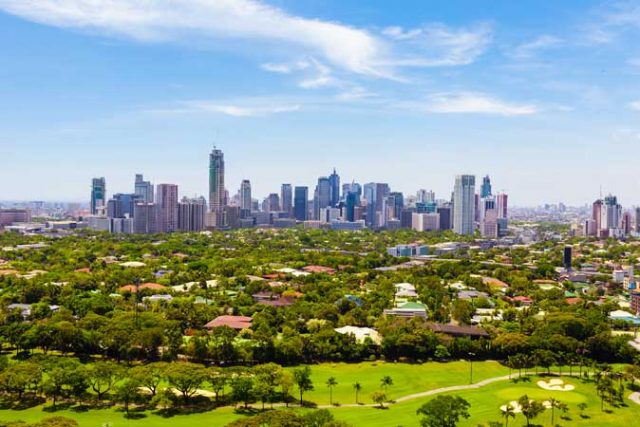 RESIDENTIAL PROPERTY prices slumped anew in the first quarter, mainly due to a double-digit decline in prices of condominium units and duplexes in the Philippine capital as demand remained muted due to the pandemic.

Data from the Bangko Sentral ng Pilipinas (BSP) showed the Residential Real Estate Price Index (RREPI) was down by 4.2% year on year in the January to March period, the steepest decline since the data series started in 2016. Nationwide home prices also shrank by 1.6% quarter on quarter due to “subdued demand” for residential properties as the pandemic continued.

The index looks into the average change in home prices across building types and locations, providing the BSP insights into the property market where bank exposure is regulated. 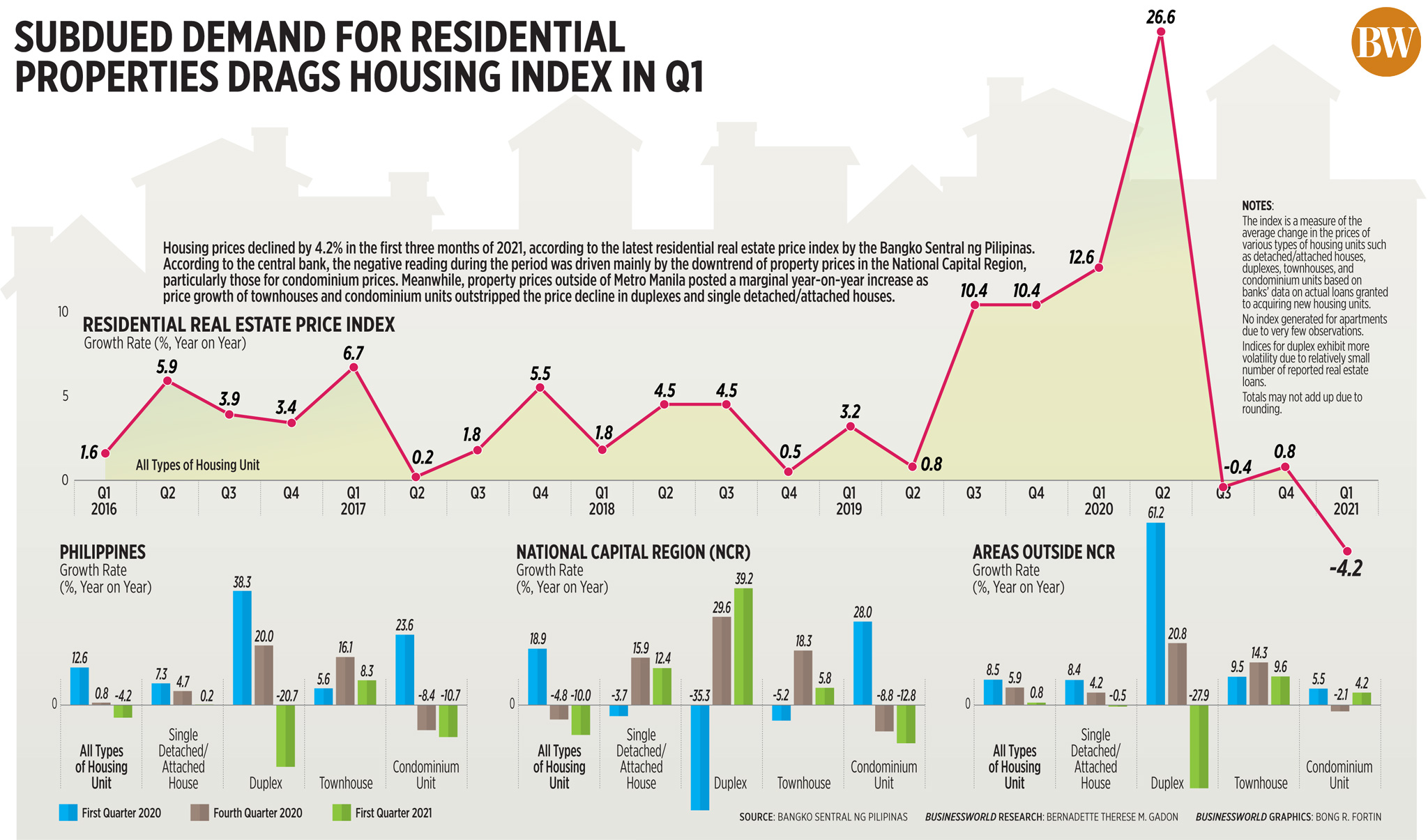 “The negative year-on-year growth in nationwide residential property prices was driven mainly by the downtrend of property prices in the NCR (National Capital Region), which fell by 10% relative to Q1 2020, marking three consecutive quarters of declines since Q3 2020,” the BSP said.

Condominium unit prices nationwide dropped by 10.7% in the January to March period, a reversal from the 23.6% jump during the same period in 2020. This was also the biggest price drop since the -15% in the third quarter last year.

Meanwhile, prices of townhouses and single detached/attached homes picked up by 8.3% and 0.2%, respectively.

In Metro Manila, home prices slid 10% in the first quarter, dragged by the 12.8% decline in condo units. On the other hand, prices of duplex homes rose by 39.2% as well as single detached/attached houses by 12.4%, and townhomes by 5.8%.

Outside the capital, residential property prices inched up by 0.8% as prices of condominium units (4.2%) and townhomes (9.6%) jumped. Duplex homes (-27.9%) and single detached/attached houses (-0.5%) in the provinces saw lower prices in the first three months of the year.

First-quarter residential home loans declined by 14.7% year on year and by 32% compared with the fourth quarter of 2020.

More than half (52%) of the borrowings were used to buy condominium units, followed by single detached/attached houses (38.6%) and townhouses (8.1%).

“The latest decline in RREPI may still reflect the downward correction in real estate prices largely brought about by the pandemic that reduced economic activities, including the demand for residential real estate,” Rizal Commercial Banking Corp. Chief Economist Michael L. Ricafort said in a text message.

Mr. Ricafort said the lower home prices were due to the decrease in demand, particularly for condominium units.

The higher unemployment rate, as well as the ongoing repatriation of overseas Filipino workers, reduced demand for residential properties.

The BSP said earlier this month that it will release a commercial property price index within the year. — Luz Wendy T. Noble