This piece will cover three different topics so we will discuss them directly.

HIGH INFLATION AND ANEMIC GROWTH
Stagflation — a combination of economic stagnation plus high inflation — is becoming more real than fictional for many countries. There should be a strong recovery after the global lockdowns and mobility restrictions of 2020-2021, but the Ukraine war and economic sanctions against Russia caused a global adverse impact on commodities, especially in energy supply and prices.

Among the G7 industrialized countries, only Japan had an inflation rate below 2% for January-April 2022 (JA22). East Asian economies now have more price stability than industrialized Europe and North America (Table 1).

High inflation discourages more household spending, which cuts corporate and manufacturing revenues, which leads to low if not stagnant growth. When trade is politicized via economic sanctions, the world gets more politics and less trade. And less growth with high inflation. Bad.

MORE OPEN-PIT MINING
A good development recently was that the South Cotabato provincial council has lifted the ban on open-pit mining for the Tampakan gold-copper project that was imposed in 2010. See these recent reports in BusinessWorld:

2. “End to open-pit ban triggers showdown over Tampakan” (May 17)

4. “South Cotabato lifting of open-pit ban still at risk of governor’s veto” (May 22).

The Tampakan project should be the Philippines’ single biggest foreign direct investment (FDI) at $5.9 billion. It is a shame that the country has not optimized revenues and job creation with the recent high global prices of gold, copper, nickel and other mining products as the project has estimated reserves of 15 million tons of copper and 17.6 million ounces of gold.

We have heard or read these and many other alarming stories since the 1960s until today. And always the “solution” to these endless crisis narratives is more government, more UN, and more multilaterals. The anti-mining groups also have their scare-mongering that open-pit mining will “expose residents to pollution… exacerbate climate vulnerabilities…”

This week, May 22-28, the World Health Assembly of the World Health Organization (WHO) plans to amend the International Health Regulations, an agreement in 2005 that was adopted by 194 member states that recognizes the sovereignty of nations and the need for localized action in cases of epidemics and other disease outbreaks.

The planned amendments are giving more authority to WHO Regional Directors to declare a Public Health Emergency of Regional Concern (PHERC), and more authority to the WHO Director-General to issue an “Immediate Public Health Alert” (IPHA). The goal is more global health central planning, generally one-size-fits-all action by the WHO, like the global lockdowns in 2020, and, in the process, trumping country-specific and decentralized health actions.

Central planning is lousy and inefficient. That is why the old USSR, the communist states of eastern Europe, collapsed in 1989-1991.

Going back to the endless crisis narratives of the past six decades, even if only one of them was true, people should have shorter lives, the human population should plateau and decline, and this is not the case. Practically anywhere in the world, humans live healthier and longer lives (Table 3). 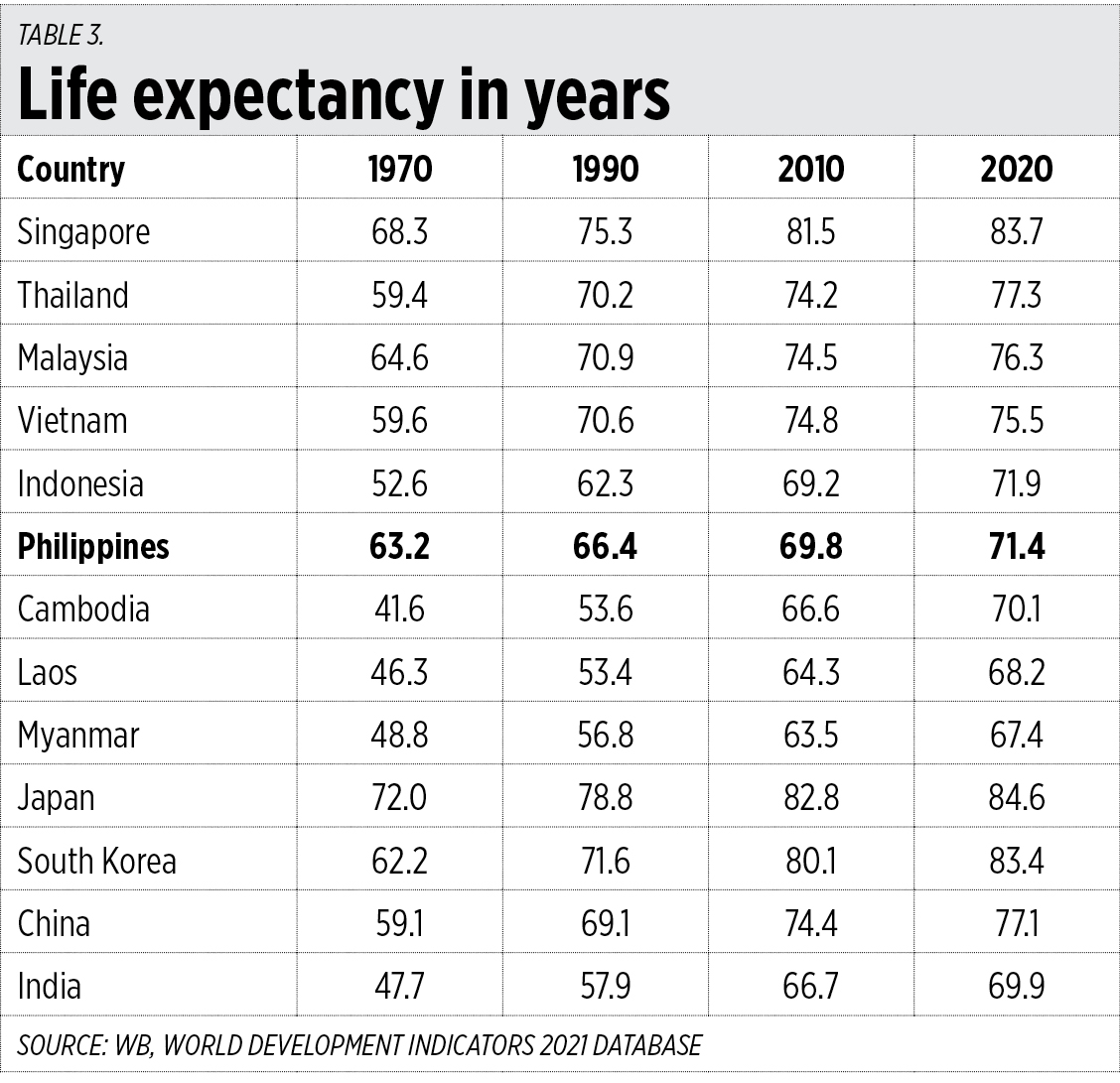 My three recommendations for these three issues are as follows.

One, free trade of commodities and energy products from Russia and elsewhere should proceed and not be politicized. Overall price stability is premised on supply stability of important commodities. Then growth can resume and not stagnate.

Three, “no” to more health central planning by the WHO. It has wielded huge powers in the recent COVID-19 lockdowns and mass vaccination already, it should not be institutionalized. Pandemic response should be decentralized among countries.

Huge career boost in store for Dasmariñas in Inoue fight