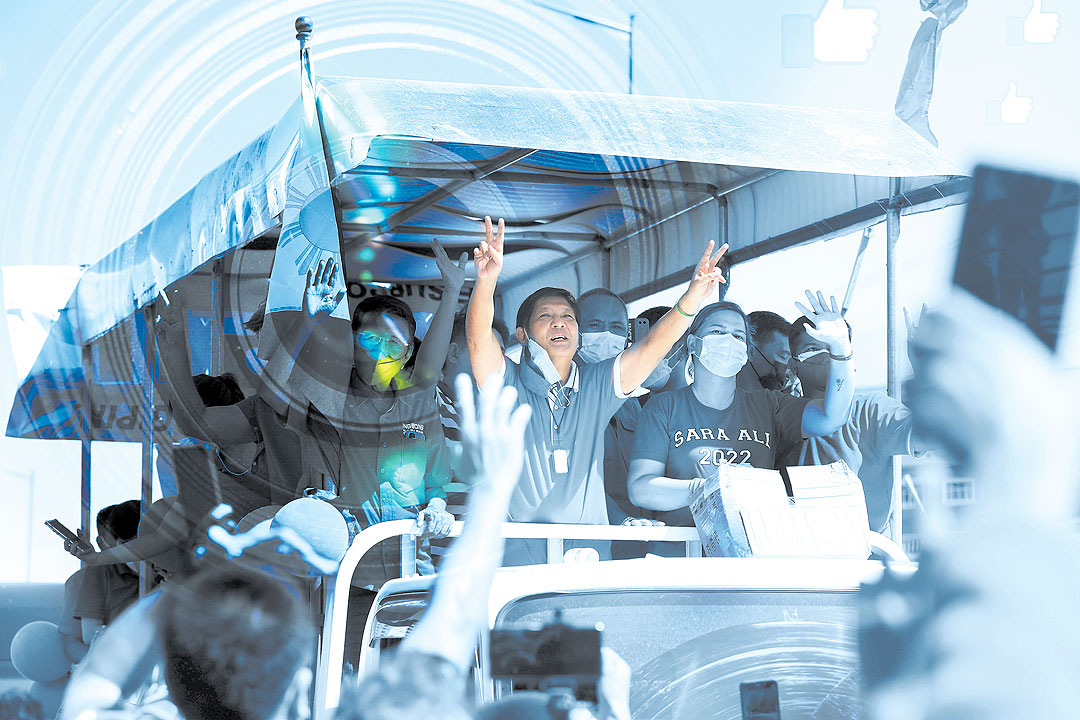 When asked their views on media and press freedom as well as free expression, politicians of the Philippine variety will swear to high heaven their respect for both. But the most clueless among them about what both freedoms mean and what they consist of will do their all to diminish them once given the excuse and the opportunity.

Such an effort has been much in evidence during the last five and a half years. Whether they are in Congress, Malacañang, local government, or anywhere else, they gleefully shut down ABS-CBN, sued journalists for this or that offense, and through their foul mouths and worse misdeeds encouraged the harassments, physical assaults, and even murders not only of journalists but also of many others who dared exercise their right to free expression.

The purpose is to silence both truth and criticism and to replace them with falsehood and mindless approval — and to engage the media in keeping alive such lies as the dynasts’ and political oligarchs’ claims to competence, honesty, incorruptibility, and love of country and people: those illusions so necessary to their taking and keeping power and assuring their unlimited and unaccountable access to public funds.

The same intent guided the hand of Ferdinand Marcos, Sr. when on the very first day of his dictatorship in 1972, he shut down newspapers, radio stations, and television networks and had regime critics and journalists arrested and detained, with some of them being forcibly disappeared and murdered by his military minions.

But there are other, subtler forms of controlling the media narrative, among them corrupting journalists; preventing them from covering events, issues, and policies that officials cannot defend; favoring only those whom they and the bureaucrats under their wing think they can easily manipulate; and denying access to their exalted presence those who are more discerning, critical, and courageous.

Ferdinand Marcos, Jr.’s media tactics during his ongoing campaign for President are a variation of the latter, and at the same time a means of evading the responsibility of giving the country and people he wants to rule some sense of his platform of government, if he has any. Providing the electorate that service is precisely the point of the forums the more responsible media organizations are organizing, but Marcos Jr. has refused to participate in two of them.

The first was the Jan. 22nd Jessica Soho interview with Presidential candidates to which he was invited together with Vice-President Maria Leonor “Leni” Robredo, Senators Emmanuel “Manny” Pacquiao and Panfilo “Ping” Lacson, and Manila Mayor Francisco “Isko Moreno” Domagoso.

To explain his refusal to participate in the first event, Marcos Jr. claimed “bias” on the part of broadcaster Soho, which he said, consists of her being “anti-Marcos.” What he most likely feared was Soho’s asking him such hard questions as why he has falsely claimed to be a graduate of this and that university, or whether, if elected, he would attempt to take back part of his father’s ill-gotten wealth that the Philippine government has recovered. In the best traditions of journalistic enterprise, Soho indeed raised even harder questions of his rivals during her interview with four of them.

What Marcos Jr. alleged as bias was only a journalist’s being true to the right and duty of getting the information that matters so as to enhance the citizenry’s capacity to make wise decisions during such critical moments in the life of this nation as elections.

The real reasons for his non-attendance in the KBP forum he disguised by saying it was in conflict with another event in his schedule. But one suspects that if pressed he would probably make the same claim of bias. The interviewers during that occasion are known, like Soho, for doing their homework and asking the hard questions of those in power — and those aspiring for it.

By refusing both, he limited the chances of his being exposed as the less qualified candidate and staved off demands that he reveal his program of government. But he agreed to be interviewed by others less demanding. He thus conveyed to the public only what he wants it to see and hear.

He refused to participate in either despite the millions of Filipinos here and abroad who heard and watched the Soho interview, and the second forum’s airing over the KBP’s membership of more than 300 radio stations and television channels throughout the country.

Both were his rivals’ gain and his loss. As if to confirm the suspicion that he refused to join his fellow aspirants for the Presidency and will most probably continue to do so for fear of being perceived as less qualified than they, since comparisons between the candidates and how they fared are inevitable, he has so far accepted only one-on-one interviews, among them with ALC Media Group and ONE News on Jan. 24, and radio station DZRH on Jan. 26.

From what he said during those interviews, it seems that what he is trying to pass off as his platform of government mostly consists of plans to revive his father’s discredited and long-dead programs. Among them is the revival of the training program for OFWs that during the Marcos Sr. dictatorship encouraged the export of Filipino labor as a cure-all for the unemployment problem that the Marcos Sr. regime could have solved by making more jobs within the country available.

Marcos Jr. is apparently unaware that the Migrant Workers and Overseas Filipinos Act of 1995 (Republic Act 8042) explicitly declares that the deployment of workers to foreign countries is a temporary measure, and should not discourage national development nor preclude the creation of the jobs that will keep workers home.

Two of his other supposed plans is to dig up the nearly half a century-old “Kadiwa” stores, the success of which he exaggerates, and the commissioning of the Bataan Nuclear Power Plant, which was not only corruption- and kickback-ridden but also so badly designed and built on an earthquake fault as to constitute a threat to the country in the event of a nuclear meltdown.

What is evident from these plans to resurrect those failed and dangerous alleged solutions to the country’s problems despite the passing of nearly half a century is the still glaring absence of any coherent, 21st century-relevant economic recovery program in the pre- and post- pandemic period.

Neither, for that matter, does he have any workable plan in mind to address the urgent issues and problems the COVID-19 pandemic has revealed need to be addressed. Among these are the inadequacies of the public healthcare system, the shortfall in the number of teachers and classrooms, and the limited access of students to the internet and to laptops and other devices that have made educating them even more problematic.

The inevitable conclusion is that behind the glittering generalities and slogans Marcos Jr. has been peddling is nothing more than the dangerous illusion his partisans have embraced. It is that Marcos Sr.’s rule was perfection itself and that, as his father’s son, he can replicate it.

The latter, as anyone familiar with what transpired during the 14 dark years of the Marcos kleptocracy knows, is not a promise, but a threat.

Construction sector seen to slump by 10%

Philippines’ 4th case of Omicron variant is passenger from US