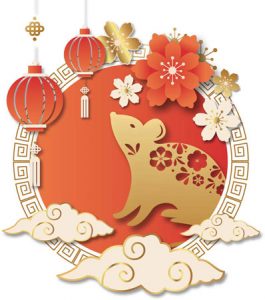 “Congratulations and wishing you prosperity!” — that is what “Kiong Hee Huat Tsai” conveys in the Hokkien dialect, which is what the majority of the Chinese Filipinos (Tsinoys) here in the Philippines speak.

Since 2012 when then-President Benigno Simeon Aquino III declared Chinese New Year’s Day a public (non-working) holiday, the special event has been a lower-key local sequel to the big bang of the traditional world New Year’s Day on Jan. 1. And Filipinos (they say we all have some Chinese blood in our veins somehow) have taken the rituals and symbols of the Chinese New Year seriously. Jan. 25 started the year of the Metal Rat, the first animal in the Chinese Zodiac, ushering in a new 12-year cycle in the lunar rhythm of Life.

The enchantment with the Chinese New Year perhaps shows eagerness (or urgency?) to find some magic formula to secure wants for prosperity and stability. The Binondo Chinatown markets can be shamed by the crowded tiangge (flea market) at the Greenhills Shopping Center that abounds with pagan good luck trinkets and other feng shui items — sold, curiously, mostly by Muslim brothers and sisters clothed in their traditional attire, and bought by avid Christians already bedecked with religious medals and rosary-bracelets strung with “healing stones” for the chakras of the body more than for the soul.

Chinese New Year indeed emphasizes the merry mix of cultures in our country. If prosperity and stability are hoped for in the New Year, it would not hurt to feed ampao (money in a red envelope) to the rearing head of the paper lion, as the nine-or 11-jointed (they cannot be even-jointed) nine-meter long (or more) paper dragon manipulated by 10 dancing men writhing around the commercial centers of the big cities. Hope business will be good in 2020.

“Two of the Philippines’ taipans, whose businesses have become part of Filipinos’ daily lives, passed on (in 2019). On the economic front, borrowing costs went down as inflation eased. Chinese expatriate workers, who helped spur property demand, were placed under closer scrutiny,” ABS-CBN News summarized in its year-ender on Dec. 24, 2019. Tsinoy corporate giants Henry Sy, John Gokongwei, Jr., and George Ty (the latter passed on in 2018) are missed, as they will always be remembered and appreciated for the huge contributions they personally made to economic development in the country.

On the other hand, most of what happened last year was somehow related to our somewhat confused relationship with the communist Mainland Republic of China.

And President Rodrigo Duterte has been the main spice for the socio-political and economic broth “double, double, toil and trouble” which bubbled in the events of 2019 — in which prospects for business and survival in 2020 will serve the expected prosperity and stability for the Filipino people. Mr. Duterte has openly professed alliance with, and “love” for, China’s President Xi Jinping (and for ousted former dictator Ferdinand Marcos and his family — yet another story). Duterte has ignored the arbitral ruling of The Hague that declared part of the West Philippine Sea, Philippine territory.

Last year, former Ombudsman Conchita Carpio-Morales and former Secretary of Foreign Affairs Albert del Rosario filed a case in the International Criminal Court (ICC) against President Xi and other Chinese government officials for alleged “crimes against humanity” because of environmental damage in the West Philippine Sea due to land reclamation, occupation of islands, and destructive fishing activities conducted by China. The communication was delivered to the ICC two days before the Philippines’ ICC withdrawal became effective (ABS-CBN News, March 21, 2019).

A year earlier, Duterte withdrew the Philippines from its ratification of the Rome Statute, reacting to the start of the ICC’s preliminary examination into allegations of extrajudicial killings in the Philippines (Philippine Star, March 14, 2018). In 2017, lawyer Jude Sabio filed a complaint at the ICC accusing President Duterte of murder in a bloody anti-drugs crackdown. Sabio was the lawyer for Edgar Matobato, a man who has testified in the Philippine Senate that he was part of a hit squad that operated on Duterte’s orders. Early this month, Sabio withdrew his complaint in a 28-page letter addressed to ICC Prosecutor Fatou Bensouda (Interasksyon, Jan. 15).

Former Senator Antonio Trillanes, one of Presdient Duterte’s most vocal opponents, said the president’s allies must have had a hand in Sabio’s decision, saying it was an indication they are worried about the ICC case, Interaksyon reported. President Duterte will eventually find himself answering charges before the ICC, lawyer Chel Diokno, defeated Senatorial candidate in the May 2019 elections, said, citing the Philippine courts’ inability to prosecute him because of the legal immunity he enjoys while in office (ABS-CBN News, Dec. 19, 2019).

Perhaps 2019 saw the most violent attacks against media, as Rappler CEO and journalist Maria Ressa was arrested for allegedly violating the Anti-Dummy Law, which prohibits foreigners from intervening in the management and operation of a Filipino media company. “She cannot be always using the freedom of the press as an excuse to attack the administration,” Presidential Spokesman Salvador Panelo was quoted as saying in the Philippine Daily Inquirer of March 19, 2019. But what crime has ABS-CBN done (which has been “earmarked” for closure in March this year, when its franchise ends)?

If the “crimes” oppositionists are accused of are easily seen, where is the 20/20 vision when it comes to the deterioration of peace and order (extrajudicial killings, a.k.a. EJK, and street crimes) and of rising corruption in the country? EJKs have been ferociously denied by the administration, while unstable statistics have weakened arguments of the rights-conscious, as the ICC protests seem to show.

Corruption in the Philippines is getting worse, with the country sliding a whopping 14 places and now ranking 113th of 180 countries (from 99 in 2018) — with a score of 34 out of 100 — in Transparency International’s annual Corruption Perceptions Index, a ranking of the most corrupt and cleanest governments in the world. And yet the government turns around and calls two of the most respected top corporations in the land corrupt and greedy, of having exploited the Filipino people’s vulnerability with the basic need of water. It all started with the water shortage in Metro Manila in the summer. Then the concession contracts of Manila Water, owned by the Ayala Group, and Maynilad, owned by the Manny Pangilinan group of companies, were reviewed and deemed “onerous” by the political governance.

Contracts with government will all be reviewed, President Duterte announced late last year. Then came the focus on the Ayala Group’s 2006 tie-up with the University of the Philippines Technohub, with threats to “adjust” (change?) contracts “to protect the interests of the Filipino people.” Private lawyers have been pointing to provisions in civil law on the stability of contracts (one party cannot force renegotiation or individual novation), and the more intelligent Filipinos will know what the repercussions of this autocratic adjustment of government contracts with the private sector upon the actual and perceived rule of law in the country will be. The financial and stock markets have already intuitively factored in the insecurities of private business and investors and risk and returns have been affected.

Feng shui master Patrick Lim Fernandez, a former investment banker, commenting on the prospects for the Year of the Rat, 2020, says “Be extra careful of investments and savings this year.” Master Hanz Cua also said in the Tempo of Jan. 20 that investments must be carefully planned, like the mythical Rat, who squirrels away bits and pieces of food for sustained survival.

We are well warned of the challenges in the Year of the Rat.

The work from home revolution