THE PHILIPPINES scored poorly in its anti-coronavirus response, ranking 79th out of 98 countries in a study by the Lowy Institute.

It got a score of 30.6, the second worst among Southeast Asian countries after Indonesia.

The Sydney-based think tank measured performance by tracking six indicators including cases, deaths and tests for every thousand people, and producing a score from 0 to 100, which is the best performing.

It also tracked confirmed infections and deaths per million people and cases as a proportion of tests in the 36 weeks that followed every country’s hundredth confirmed case of COVID-19.

The study showed that while the coronavirus started in China, nations in the Asia-Pacific region on average “proved the most successful at containing the pandemic.”

The rapid spread of the disease “quickly overwhelmed first Europe and then the United States.” It also said Europe showed the greatest improvement before experiencing a second wave as borders opened.

Lowy said North and South America were the worst affected continent, while many countries in the Middle East and Africa managed to stop the initial surge with preventive measures. But it worsened before stabilizing again in the second half of last year.

In a statement, Health Undersecretary Maria Rosario S. Vergeire said the pandemic is “very dynamic, and the capture of proper context is crucial in assessing the performance of a country.”

She also said Lowy had failed to capture the “complex nature of pandemic response” such as prompt contact tracing and the readiness of health facilities to address the surges, among other things.

Quezon City reported the highest number of new cases at 57, followed by Isabela at 54, and Manila, Davao City and Rizal at 42 each.

The coronavirus has sickened about 101.5 million and killed about 2.2 million people worldwide, according to the Worldometers website, citing various sources including data from the World Health Organization (WHO).

About 73.4 million people have recovered, it said. 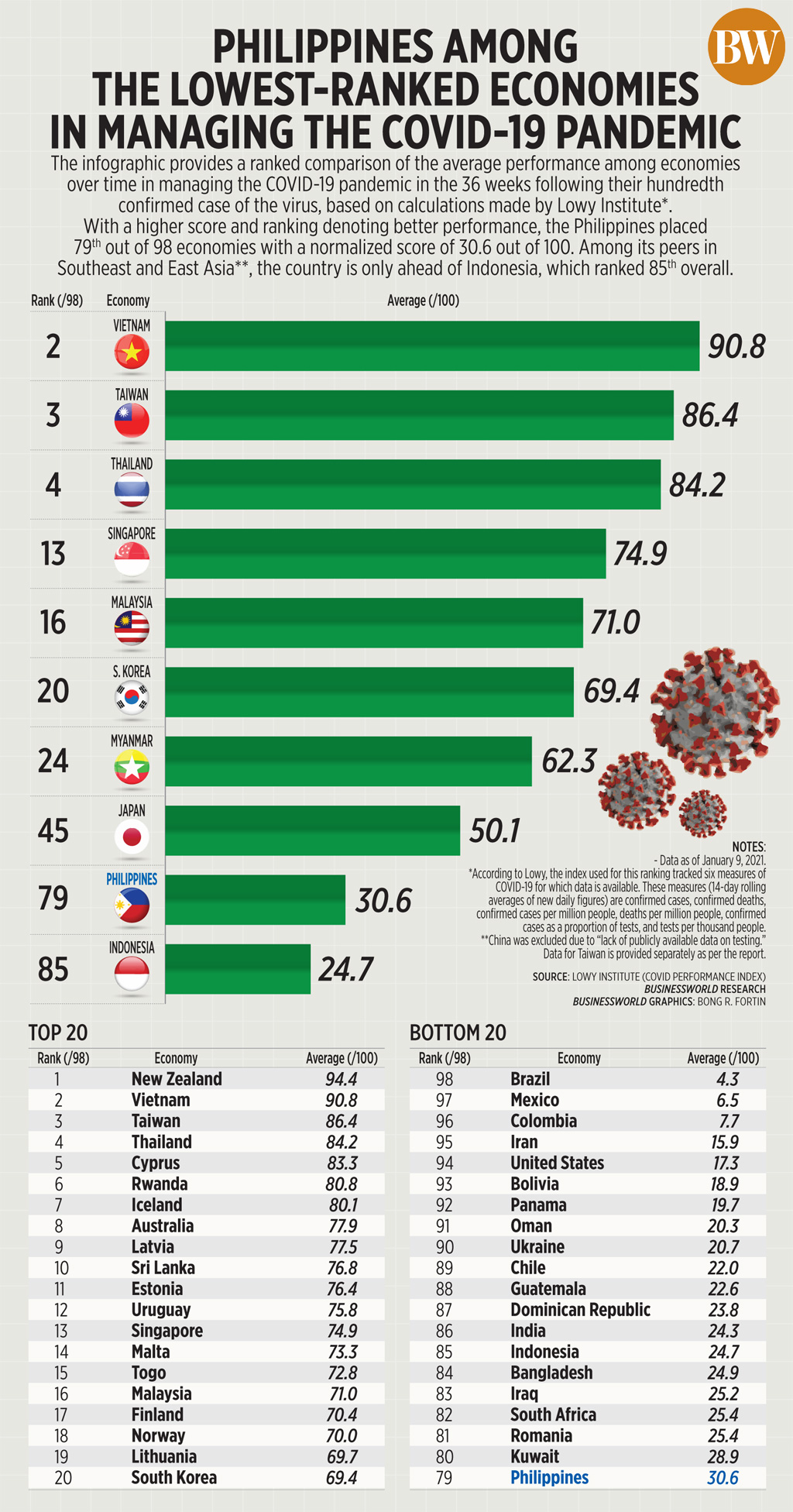 Citicore to use REIT proceeds for 15 solar farms