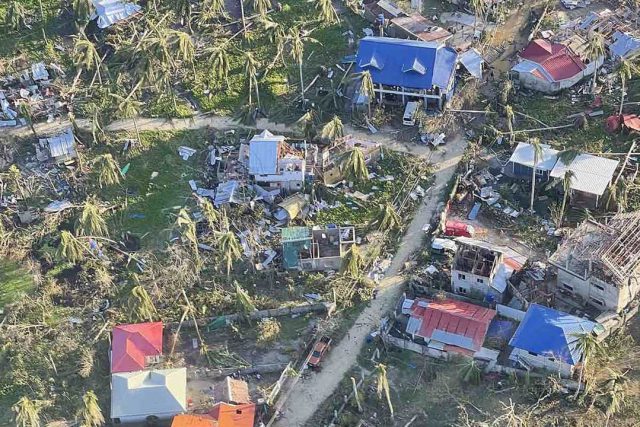 THE National Electrification Administration (NEA) said on Tuesday that it does not expect to restore power in Bohol, Dinagat Islands, and Surigao del Norte before the end of 2021.

“it is quite impossible to restore power in… Bohol, Dinagat Islands (and) Surigao del Norte before the year ends,” the head of NEA, Ernesto O. Silvano, said in a news conference with the Department of Energy (DoE).

The NEA damage assessment means the DoE may not be able to meet its commitment to restore power to hard-hit areas by Dec. 25.

Around 939 municipalities were affected by the typhoon, as well as 95 transmission lines, of which 22 have been repaired.

The NEA’s Disaster Risk Reduction and Management Department estimates around P300 million worth of damage sustained by nine cooperatives as of Monday. The tally is expected to rise when more cooperatives file their reports.

Energy Undersecretary Felix William B. Fuentebella said power restoration in Leyte is “challenging” and could not provide a timeline for the return of electricity.

“Bohol (is) connected to Leyte and we have two tall towers, according to the NGCP (National Grid Corp. of the Philippines) that were hit by the typhoon. The NGCP is targeting that now,” he said.

Mr. Fuentebella added that although the NGCP can restore transmission lines, there is no assurance normal levels of power will be supplied. — Marielle C. Lucenio