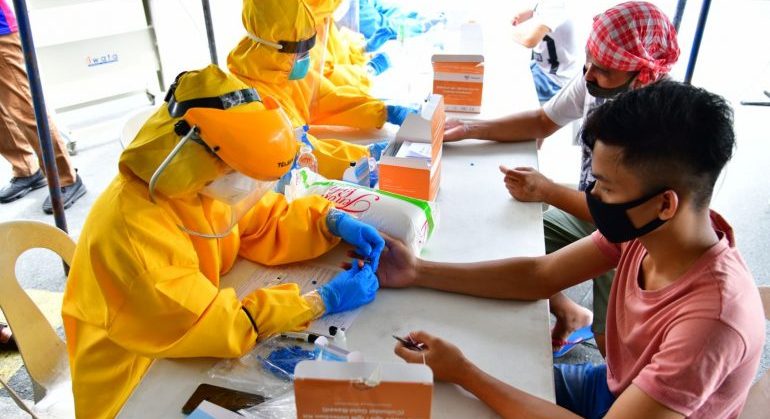 THE DEPARTMENT of Health (DoH) reported 778 new coronavirus infections on Thursday, bringing the total to 33,069.

The government aims to reach one million COVID-19 tests by next month, as it boosts its testing capacity, Vivencio B. Dizon, deputy chief enforcer of the country’s anti-coronavirus measures, told a news briefing on Thursday.

The government seeks to test 10% of the country’s highly dense areas and 2% of the entire country, he said.

“We will push for more testing until it reaches our target of 10% to 12% of highly/densely populated areas.” Mr. Dizon said. These include Metro Manila, Central Luzon, Calabarzon, Cebu and Davao.

Mr. Dizon said they expect to test more than 2% of the population in the next few months.