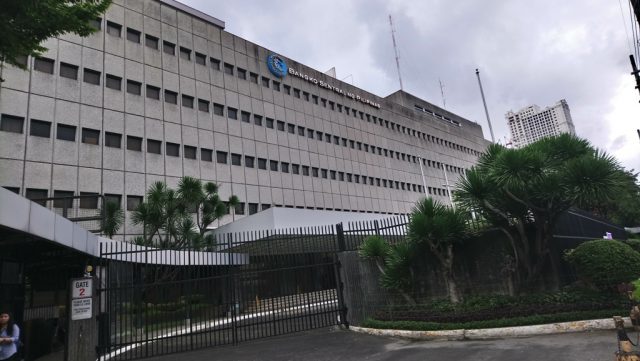 Nomura said in a report authored by research analysts Euben Paracuelles and Rangga Cipta that with inflation yet to peak, the BSP may continue raising borrowing costs.

“Because of our forecast that CPI (consumer price index) inflation will stay above 6% before peaking by Q4, we expect BSP to follow up with a 50-bp hike at its next meeting this month, followed by three more 25-bp hikes, taking the policy rate to 4.50%,” Nomura said.

“Given the expected growth downturn next year, we still forecast a total of 50 bp of rate cuts in H2 2023,” it added.

Nomura expects inflation to average 5.1% this year, above the central bank’s 2-4% target and 5% forecast. It said inflation will be driven by high food and fuel prices.

“We also see core inflation picking up, with some signs of second-round effects and stronger demand for wage increases,” it said.

“We maintain our 2022 GDP (gross domestic product) growth forecast of 6.6%, which is at the lower end of the latest official forecast range of 6.5-7.5% and reflects our more cautious view on surging domestic inflation that is likely to dampen household spending at a time when the labor market recovery is not yet complete,” Nomura said. “For 2023, we expect growth to slow sharply to 3.6%, well below official forecasts of 6.5-8% due to our view of a recession in the US and Europe.”

Besides inflation, it said the Philippines is “vulnerable” to tight global financial conditions due to its current account deficit, which it expects to widen to 4.9% of GDP in 2022 from 1.8% in 2021 and stay high at 4% next year.

“While we have lowered our crude oil price assumption to USD106.2/bbl from USD111.3/bbl, surging global food prices will likely be an offset. Moreover, infrastructure spending remains a priority under President [Ferdinand “Bongbong” R. Marcos, Jr.] as highlighted during his first State of the Nation Address, which should boost capital goods and raw material imports even into 2023,” Nomura added.

For the first seven months, inflation averaged 4.7%, faster than the 4% seen in the same period a year ago and the central bank’s 2-4% target, but lower than its 5% forecast for the year.

The Monetary Board has raised rates by a total of 125 bps since May, including a 75-bp off-cycle hike last month, amid sustained and broadening inflation pressures exacerbated by a weakening peso due to the US Federal Reserve’s aggressive tightening.

This brought the yield on the overnight reverse repurchase facility or the policy rate to 3.25%. The rate on the BSP’s overnight deposit and lending facilities were also increased by 75 bps, to 2.75% and 3.75%, respectively.

Meanwhile, Philippine GDP grew by 7.4% year on year in the April to June period, easing from the downward-revised 8.2% reading for the first quarter and the 12.1% expansion in the same period in 2021.

This brought the first semester average to 7.8%, faster than the 3.9% growth seen in the same period last year and well above the government’s 6.5-7.5% target for the year.

FISCAL DEFICIT
Meanwhile, Nomura Global Markets Research said the country may see its budget deficit narrow to 6.9% of GDP this year from 8.6% in 2021.

The forecast is “in part due to the Mandanas-Garcia ruling of the Supreme Court that increases fiscal transfers to local governments, which have weak absorptive capacity and therefore could underspend.”

The Mandanas-Garcia Ruling mandates the expansion of the income base for the computation of the national tax allocation for local government units (LGUs) to include not only internal revenue collections but also customs collections.

This assures LGUs with an additional 24% revenue share, aside from the 13.9% increase due to the increase in internal revenue collections.

“Despite his campaign pledges, which included some populist measures, President Marcos Jr. said he will target narrowing the fiscal deficit to 3% of GDP by 2028, helping shore up market sentiment for now,” Nomura said.

As of the first quarter, the budget deficit stood at 6.4% of GDP.

Three of ten Americans laid off in crisis worried about food, shelter