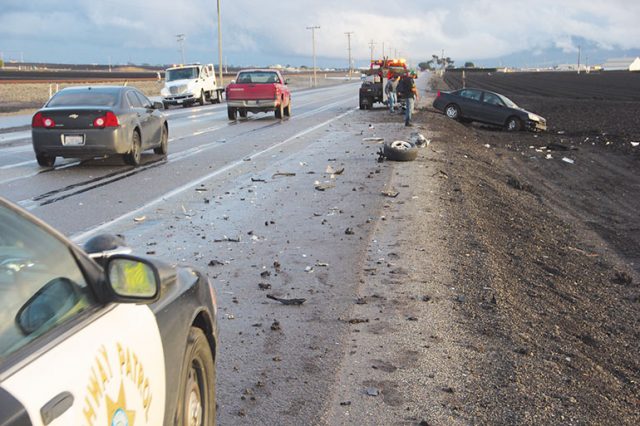 Every year, an estimated 1.35 million people worldwide die as a result of a road traffic crash. That is according to the World Health Organization (WHO). Furthermore, between 20 and 50 million more people suffer non-fatal injuries, with many incurring a disability as a result of their injury.

The organization noted that more than half of all road traffic deaths and injuries involve vulnerable road users, such as pedestrians, cyclists and motorcyclists and their passengers, with the young particularly vulnerable on the world’s roads.

In fact, road traffic injuries are the leading cause of death for children and young adults aged five to 29. According to data, young males under 25 years are more likely to be involved in road traffic crashes than females, with 73% of all road traffic deaths occurring among young males in that age. Developing economies, such as the Philippines, record higher rates of road traffic injuries, with 93% of fatalities coming from low- and middle- income countries.

The loss of life and human suffering caused by road traffic injuries also bears another cost; road traffic accidents also incur a heavy economic burden on victims and their families, both through treatment costs for the injured and through loss of productivity of those killed or disabled. More broadly, road traffic injuries have a serious impact on national economies, costing countries 3% of their annual gross domestic product.

In the Philippines, the Metro Manila Accident Reporting and Analysis System (MMARAS) recorded a total of 65,032 accidents in the country’s main metropolitan area in 2020, resulting in the death of 337 people. Broken down, Metro Manila averaged 178 road-crash incidents per day, with 50,230 cases resulting to damage to property, and 14,465 resulting in non-fatal injury.

While this number is far lower than the 121,771 total recorded accidents in 2019 (a drop of 46.6%), it bears noting the nationwide lockdown measures implemented throughout 2020 as a response to the COVID-19 pandemic drastically reducing the number of cars on the roads. Moreover, public transportation also saw a temporary ban during the lockdown.

This is partly the reason why the top month in terms of accidents in 2020 is February, with a total of 9,315 incidents. This is followed by January and October with 7,283 and 6,285 cases, respectively. Meanwhile, the lowest accident total was recorded in April 2020 during the height of the quarantine, with only 1,535 incidents recorded during the month.

Reflecting the WHO finding about vulnerable road users, the country also saw the number of motorcycle-related fatalities in Metro Manila rise slightly in 2020 in spite of the lockdowns. With the limited availability of public transport and physical distancing requirements, more people have shifted to two-wheelers as a method of mobility.

According to the data, the highest number of deaths from motorcycle accidents occurred at night from 8 p.m. to 9 p.m. and from 10 p.m. to 11 p.m., during which 17 fatalities were recorded. Sideswipes caused the most damage to property in 3,420 cases, and injuries in 2,842 cases. Meanwhile, collisions with objects resulted in the most fatalities or 41 cases.

Overall, the massive Quezon City logs the most road crashes in 2020 with 22,494 cases, with Manila following in at a distant second with a total of 6,655 incidents, and Makati City with 4,508 incidents. Pateros recorded the fewest number of accidents last year with just 115.

Towards safer roads
To reduce the number of road accidents is the reason why the country committed to adopt the Stockholm Declaration, which outlines the global road safety goals from 2020 to 2030, aiming to halve road crash fatalities around the world by the end of the decade.

“Road safety is one of the priorities of the current administration… [The Department of Transportation] will take part in the full implementation of the 2030 Agenda,” the department had stated in reports.

The Stockholm Declaration calls for a new global target to reduce road traffic deaths and injuries by 50% by 2030. In addition, it invites strengthened efforts on activities in all five pillars of the Global Plan for the Decade of Action: better road safety management; safer roads, vehicles and people; and enhanced post-crash care. It also calls for speeding up the shift to safe, affordable, accessible and sustainable modes of transport like walking, cycling and public transport.

“Political will is needed at the highest level of government to achieve this, both by investing in evidence-based interventions to make roads safe and considering ways to shift to modes of transport that are better for health and the environment and the overall livability of cities,” WHO Director-General Dr. Tedros Adhanom Ghebreyesus said in a speech.

“With the right leadership, transport systems can be configured or reconfigured in such a way as to reduce reliance on cars. However, it is only when countries build in the safeguards and implement the best practices to enhance road safety, that we can offer walking, cycling and using public transport as viable options for most trips. When we are able to ensure this, we help our societies move towards a vision of not only safe, but also accessible, affordable and sustainable mobility,” he added.

Recently, President Rodrigo R. Duterte signed into law Republic Act No. 11229 or the Child Safety in Motor Vehicles Act, which mandates the use of child restraint systems (CRS) for children 12 years old and below with a height of 4 feet 11 inches and below.

This puts the country a step further towards the 2030 goal. However, implementation of the law had been deferred following the economic impact of the COVID-19 pandemic taking a harsh toll on Filipinos. It remains to be seen when the law will be implemented, and how significant the effect it will have on the safety of the country’s roads. — Bjorn Biel M. Beltran

Technology as a solution to a healthier society

Where do Filipinos go

Securing the way to safety

What you should know about HMOs