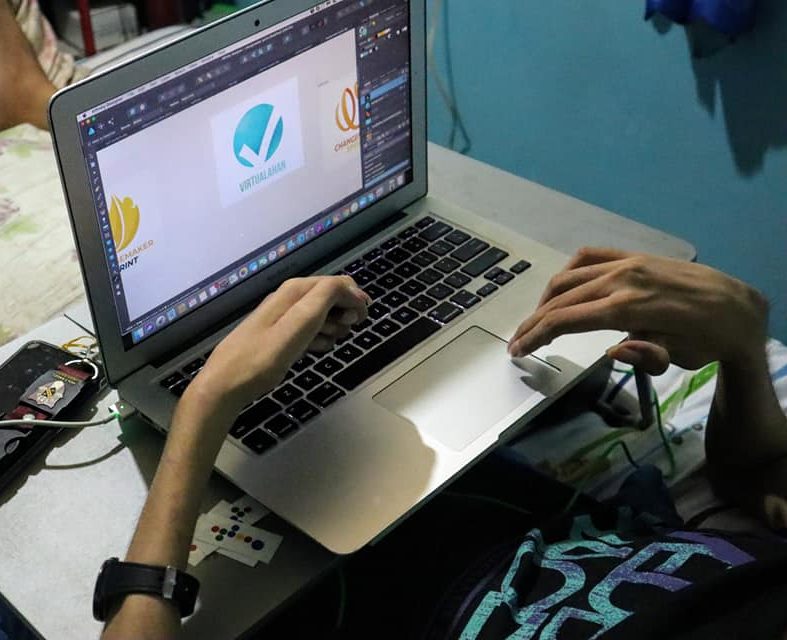 Slug: Virtualahan, which aims to break down employment barriers for PWDs and other excluded communities, is partnering with the Department of Information and Communications Technology and local government units to better amplify their impact through social franchising.

Virtualahan, a virtual school with a mission to break down employment barriers for persons with disabilities (PWDs) and other excluded communities experiencing discrimination, is partnering with the Department of Information and Communications Technology and local government units (LGUs) to socially franchise their impact formula.

“Our goal is to replicate,” said founder Ryan Gervasa. “Instead of Virtualahan training thousands of people, we can better amplify our impact via social franchising.”

Virtualahan developed an impact formula that incorporates life coaching, skills upgrade, apprenticeship, job coaching, and advocacy in their program. By replicating the formula and its methods in LGUs, it aims to empower talents who would not have otherwise contributed to the economy.

“[We only ask LGUs to reach this] one goal: to produce 100 graduates a year. It’s not too much to ask. If each LGU produces 100 a year and if we have 100 LGUs, that’s 10,000 talents per year – 10,000 talents who would not have otherwise contributed to the economy. In 10 years, that’s 100,000 people you lift out of poverty and empower to take ownership of their lives,” said Mr. Gervasa. “That’s our bigger vision. Once we reach that vision, Virtualahan can go out of business. We are no longer needed in the picture.”

There are 318,747 PWD registered voters according to 2016 data from the Commission on Elections. The Implementing Rules and Regulations of Republic Act No. 10524 require that government agencies reserve at least 1% of their regular and non-regular positions for PWDs. Private corporations that hire PWDs are entitled to certain incentives, including a 25% additional deduction from the private corporation’s gross income of the total amount paid as salaries and wages to PWDs.

An asset, not an accessory

Mr. Gervasa — who this year became the first Filipino to have been nominated for the Global Citizen Prize: Cisco Youth Leadership Award — created the social enterprise in 2015 out of necessity. After overcoming poverty and completing a degree, he discovered that his incurable medical diagnosis excluded him from jobs he was otherwise qualified for.

“Because no company decided to employ me, I decided to employ myself,” he told BusinessWorld in an interview. “Our outdated labor practice still requires applicants to get a medical certificate for an entry-level job. Another reason leading to the unemployment of PWDs and other excluded groups is their lack of skills to qualify for a job.”

The aim of the social enterprise is to address the root causes behind workplace exclusion through skills training and employment support. Specific courses on digital marketing, project management, website development and design, sales and marketing, and customer service equip graduates with the skills that companies are hiring for. Fundamental skills such as critical thinking and problem solving are also taught before students move on to more specific skill sets.

“I think the strongest life skills we provide is through our life coaching program with an in-house psychologist. We intentionally designed it using a self-determination approach,” said Mr. Gervasa. The purpose of the sessions is to help students move away from the victim mindset and learn more about emotional resilience and the psychology behind oppression. “If you do not help facilitate the healing process for them, they cannot thrive in the workplace. It will just be another cycle of training and support without sustainability, because there isn’t any holistic transformation.”

Some of Virtualahan’s other plans in the pipeline include bringing their impact formula to the United Arab Emirates, where it will start running its next cohort in 2021, as well as expanding its impact to areas of conflict in the Middle East.

“[I would like to extend] an invitation for people in decision-making roles to rethink how we see work and the value of diversity and inclusion,” said Mr. Gervasa. “Employing PWDs transforms an organization. Make them an asset versus an accessory.” He added that better institutional support is also needed so PWDs, solo parents, former sex workers, recovering drug addicts, people in jail, out-of-school youths, indigenous peoples, and other excluded communities are no longer left behind.