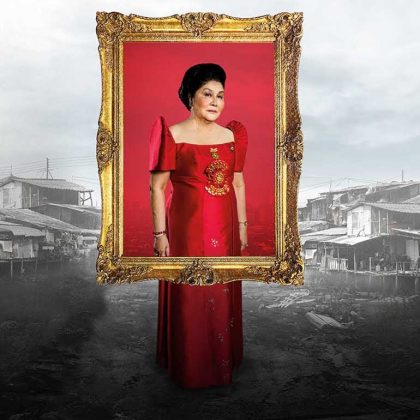 THE CRITICALLY acclaimed documentary film The Kingmaker will be screened at the Cine Adarna in the University of the Philippines (UP) Diliman on Jan. 29, 7 p.m. Presented by the UP Film Center, Dakila, and Active Vista, the screening coincides with the 50th anniversary of the First Quarter Storm, the 1970 student leaders protest against the government of Ferdinand Marcos that prompted the declaration of Martial Law in 1972. A gala screening will be held at the Cultural Center of the Philippines on Jan. 29 as well. The documentary by Emmy Award-winning filmmaker and photographer Lauren Greenfield centers on former first lady Imelda Marcos, the wife of the dictator Ferdinand Marcos, and highlights Imelda’s confident rewriting of the Marcos family’s disturbing legacy with a narrative of a matriarch’s extravagant love for her country. The UP screening will be followed by a panel discussion. Tickets are available through http://bit.ly/TicketsKINGMAKER and at the UP Film Center Ticket Booth on the screening date for P200.