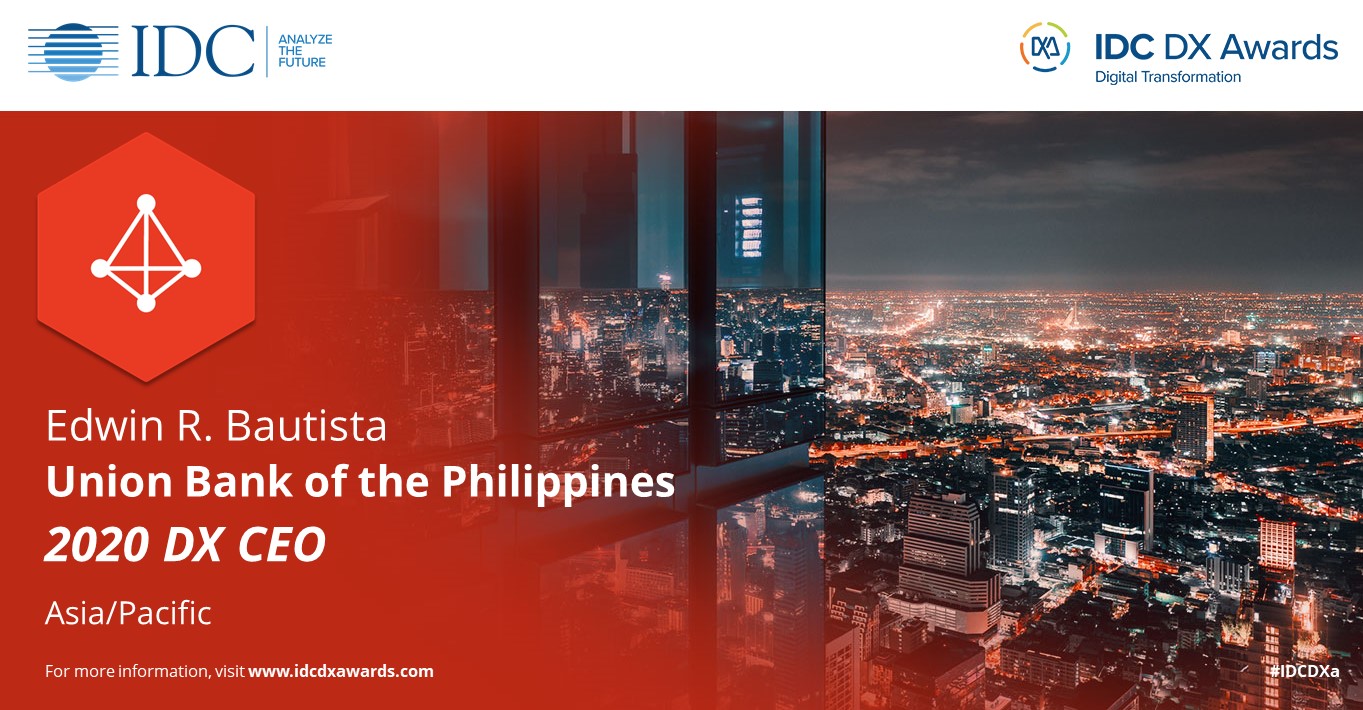 Now on its fourth year, IDC’s DX Awards celebrates the tech-enabled resilience of enterprises as they reimagine their business in the new normal.

On UnionBank’s 2020 Asia/Pacific Trailblazer award, IDC said, “UnionBank embraces the future of banking and is committed to be the Philippines’ leading digital bank to best serve the growing needs of Filipinos everywhere. The bank has always been among the first to embrace technological innovations to empower its customers. UnionBank’s digital transformation (DX) strategy reinforced its commitment to deliver a superior customer experience (CX) and promote inclusive prosperity in the Philippines.” On Bautista’s regional recognition as 2020 DX CEO, IDC said, “Edwin R. Bautista is among the few leaders in the Philippines bold enough to transform the organization immediately. When he started as CEO, he made a promise to not leave anyone behind while delivering superior financial results, which is backed by the bank’s two years of record income. He has led the bank’s transformation and shared its success story across Asia. Meanwhile, he is a strong advocate of the use of digital technologies in the country as a key to inclusive prosperity through supporting government initiatives and working with partner organizations. UnionBank’s transformation led by Mr. Bautista has permeated the organization as UnionBankers remain committed to the organization’s purpose, predicated on the fact that the world will continue to evolve and transform to leave no one behind.”

All the winning digital transformation projects were selected as part of almost 1300 high-quality entries received from more than 640 end-user organizations across Asia/Pacific. Country winners were then pitted against other country winners for the same category to ultimately determine the region’s best of the best.