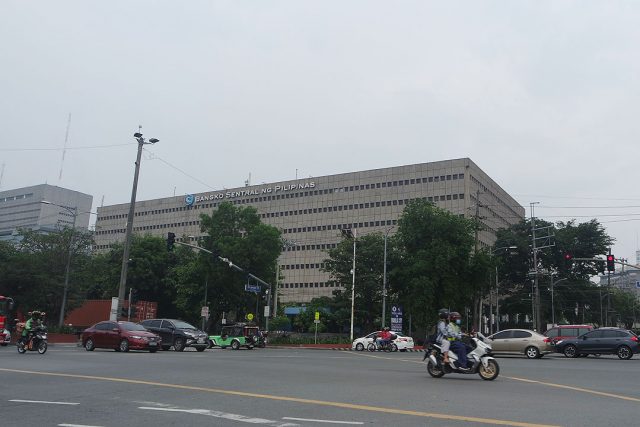 THE PHILIPPINE central bank said on Monday it would likely raise interest rates by 25 basis points (bps) on Thursday, despite market expectations of more aggressive tightening.

“I think most likely 25 bps. Most likely. We’re not sure but we go by the data. And we don’t have to keep in step with the Fed because if you really look at the real interest rate and inflation, we are too far,” Bangko Sentral ng Pilipinas (BSP) Governor Benjamin E. Diokno told reporters in mixed English and Filipino on Monday.

A BusinessWorld poll last week showed 15 out of 16 analysts anticipate a rate hike at the June 23 meeting. Nine analysts expect the Monetary Board to raise rates by 25 bps, while six see an increase of 50 bps.

Felipe M. Medalla, current Monetary Board member and incoming BSP governor, said that there would be two more rate hikes this year and possibly more if elevated inflation persists.

“We are actually now preparing for a series of 25-bp increase. Exactly how many? We know it’s at least two more for this year, if necessary, more than two more, and if necessary, more increases in 2023,” he told the ABS-CBN News Channel on Monday.

Mr. Medalla last week told BusinessWorld he “personally does not like 50 bps,” after being asked if the BSP would consider hikes bigger than 25 bps.

“The BSP will keep on adjusting the policy rates until we’re comfortable that the change of inflation from one month to the next will be consistent with the target of 2-4%,” he said.

Inflation rose to 5.4% in May, the highest in three and a half years and exceeded the BSP’s 2-4% target range, amid a continued rise in food and fuel prices.

The BSP last month raised its average inflation estimate to 4.6% this year from 4.3%.

However, some analysts said the BSP might consider a 50-bp increase after aggressive tightening by the US Federal Reserve last week.

The Fed approved a 75-bp interest rate hike, its biggest in three decades, as it sought to tame stubbornly high inflation. Also last week, the Bank of England increased rates for a fifth time since December, while the Swiss National Bank raised rates for the first time in 15 years.

However, Mr. Medalla said central banks do not necessarily have to match each other’s policy rates.

“This gap between Philippine interest rates and US interest rates has to be seen in a global context. If we look at all currencies combined, we are actually appreciating. When you take out the US dollar, we are in the middle of the pack. That’s why we do not have to match US rates,” he said.