Data released by the Bangko Sentral ng Pilipinas (BSP) on Monday showed that FDIs climbed by 98.9% year on year to $855 million in October from $430 million a year earlier.

This was also 29.5% higher than $660 million in September, which was the lowest in four months as the surge in coronavirus cases dampened investor sentiment.

“Although still benefiting from the low base (in October 2020), the upward trajectory was indeed welcome. We can expect FDI to rise further to support the Philippine peso should the reopening continue,” he said.

Foreign investments in debt instruments reached $637 million in October, up by 78.5% from $357 million a year earlier.

FDIs in equity capital surged to $141 million from $1 million a year earlier. Meanwhile, placements grew by 80% to $154 million from $86 million in the previous year.

Investments in equity and investment fund shares almost tripled to $218 million from $73 million.

“Cumulative FDI net inflows rose on the back of the 78.6% increase in nonresidents’ net investments in debt instruments to $5.9 billion from $3.3 billion in the same period in 2020,” the BSP said.

John Paolo R. Rivera, an economist at the Asian Institute of Management, said FDI increased after the country’s pandemic situation in the latter part of 2021 improved.

“We were seeing significant improvements in our pandemic situation since September continuing to October until December relative to other ASEAN countries,” he said in a Viber message. 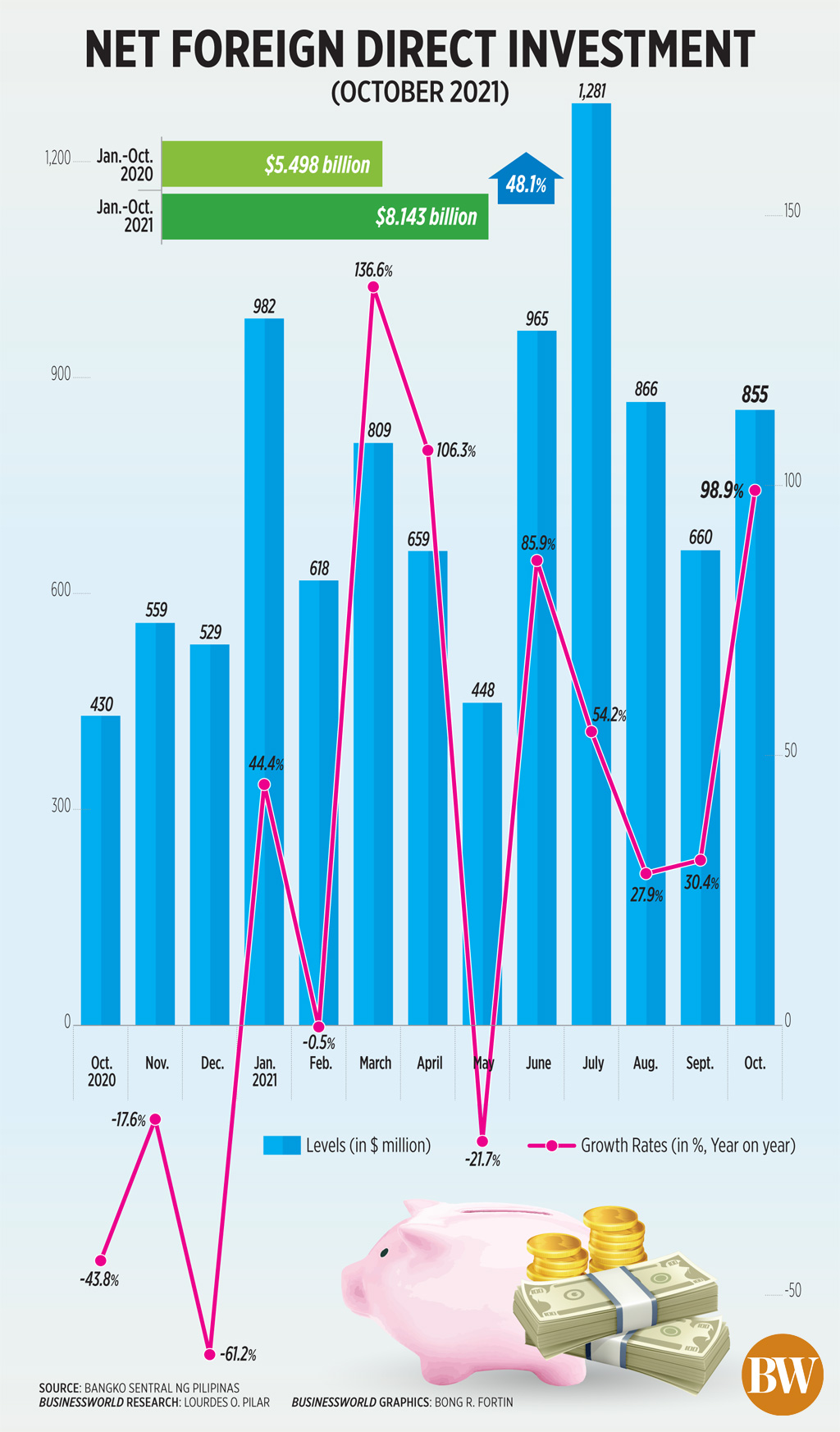 Vehicle sales up 45% in June