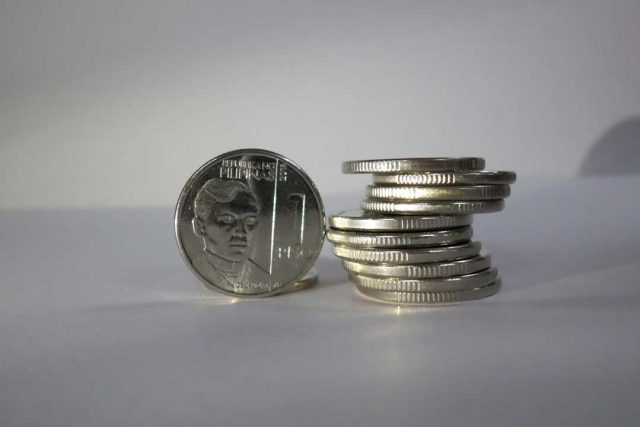 THE GOVERNMENT plans to borrow P200 billion from the domestic market in January, according to the Treasury bureau, after raising less than half of its planned local borrowing this month amid increasing rates.

The January borrowing plan is higher than the P70 billion planned for December. The Treasury last borrowed P200 billion in November.

The January borrowing program was expected to return to the November volume so the Treasury could resume normal borrowing levels, a bond trader said in a Viber message. It was too early to comment on demand expectations, the trader added.

“Initially, we think this will put pressure on the seven- to 10-year space, which will cause a steepening of the yield curve.”

Another bond trader said the return to the regular borrowing plan was expected after the reduced volume in December.

“With no auction awards for fixed-rate Treasury notes this month, investors who are still awash with liquidity welcome the government’s borrowing plan to start the year.”

She said this month that the government would borrow less from the domestic market next year to make way for private sector lending.

Ms. De Leon had said the government rejected all bids for the reissued bonds on Dec. 14 because there was room for rates to decline, with inflation easing and with the central bank vowing to keep borrowing costs steady to support economic recovery.

The government borrows from foreign and local sources to plug its budget deficit that is expected to hit 8.2% of economic output this year.

“This week, the DoF will draw $80 million from the World Bank disaster financing loan to fund the amount with cover in the 2021 budget,” he said.

The World Bank in November approved the $500-million fund for a contingent line of credit the Philippines can use to manage the financial impacts of disasters and diseases.

The loan can be drawn as soon as the president declares a state of calamity or public health emergency.

President Rodrigo R. Duterte on Tuesday declared a state of calamity in six regions affected by the typhoon to speed up aid deliveries and relief efforts.

Western, Central and Eastern Visayas, Mimaropa (consisting of the provinces of Mindoro, Marinduque, Romblon, and Palawan), Northern Mindanao and the Caraga Administrative Region have been placed under a state of calamity.

Mr. Dominguez said the government would draw another $120 million from the same loan program in the first week of January, when the loan cover will become available in the 2022 national budget.

The agency said the loan program would help support the country’s ability to manage climate risks and disease outbreaks.

Meanwhile, Mr. Dominguez said that the Budget department would release P1 billion to local government units affected by the typhoon from the president’s contingent fund.

The money would be released on Friday, he told reporters in a Viber group message, citing Budget Officer-in-Charge Tina Rose Marie L. Canda.

While P2 billion is available under the national disaster risk management fund, another P2 billion will come from the president’s contingency or special purpose fund, Ms. Canda told a news briefing on Wednesday.

The remaining P6 billion is expected to come from the 2022 national budget. — Jenina P. Ibañez