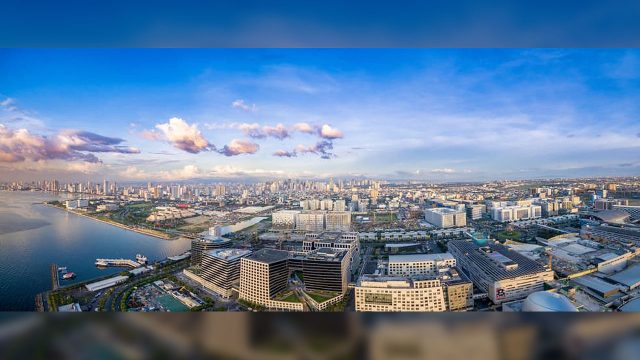 OFFICE SPACES in Alabang, Muntinlupa, and the Bay Area in Pasay City have experienced high vacancy rates after offshore gaming operators who are mostly from China decided not to renew their leases amid higher taxes next year.

The office vacancy rate in the Bay Area worsened to 18.5% in the third quarter from 8.2% a quarter earlier, properly consultant KMC Savills, Inc. said in a report released on Tuesday. The vacancy in Alabang worsened to 18.9% from 17%.

“The lasting effects of COVID-19, China’s online gambling crackdown, and the new tax requirement for Philippine Offshore Gaming Operators (POGOs) continue to drive the sector away,” it said.

Licensed offshore gaming operators will be taxed 5% on their gross gaming revenue starting next year. The law also requires foreigners working at offline gaming operators or their service provider to pay a 25% withholding tax on gross income.

In the Bay Area, empty commercial spaces outnumbered occupied ones by 63,800 square meters (sq.m.), the biggest decline in a single quarter, KMC Savills said. POGOs not renewing their leases accounted for the majority of the vacancies.

In Alabang, 10,100 sq.m. of office space were given up in July to September, “with the majority of the tenants coming from the POGO sector and business process outsourcing companies that were downsizing their office portfolios.”

Overall, Metro Manila’s vacancy rate went up in the third quarter to 15.5%, more than double the rate a year earlier.

KMC Savills said the region had an accumulated supply spanning 525,000 sq.m. that was not taken up due to clouded market sentiment amid Delta coronavirus variant concerns, pre-terminations and nonrenewals. It said only Bonifacio Global City had “bucked the trend” as its vacancy rate declined to 9.8%.

“Movement mainly came from pre-leasing activities in anticipation of new supply,” it said.

Ortigas Center had the highest vacancy rate by the end of the third quarter at 20.2% even if it had more occupied spaces.

“The improving stock [in Ortigas], complemented by its affordability has been attracting potential occupiers — having closed large e-commerce players such as Shopee and Grab during the first nine months of the year,” KMC Savills said.

Meanwhile, Quezon City had an 18.6% office vacancy rate by the end of the quarter with sluggish transactions and tenant departures. KMC Savills said the decline in office take-up was also due to the BPO sector trimming its office footprint amid remote work policies.

Makati City’s vacancy rate worsened by more than four times from a quarter earlier, it said. Vacancies stood at 15.3% after tenants left 21,600 sq.m. of office spaces, coupled with the completion of the Alveo Financial Tower and Ayala Triangle Tower 2.

The firm expects vacancies to worsen further, with available office spaces outweighing demand, as more than a million sq.m. of office supply will be added next year.

NTC urged to intervene amid delays in mobile portability