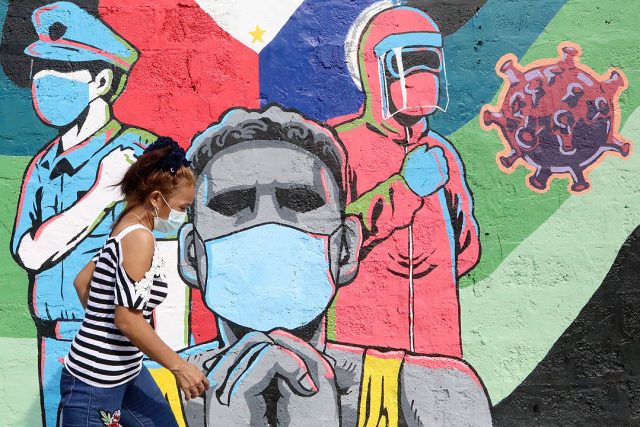 “Some economic scarring is likely at this point, given the depth and duration of the economic downturn,” Thomas Helbling, division chief of IMF’s Asia and Pacific Department, said in an e-mail.

“Importantly, however, economic reforms to strengthen sustainable, inclusive, and green growth can help to offset or mitigate these effects. Macroeconomic policy support can also mitigate the impact of scarring,” he added.

The IMF last week cut its growth outlook for the Philippines to 3.2% for this year, from 5.4% previously. This was below the 4-5% full-year target of the government.

By 2022, the country’s economy is projected to expand by 6.3%, also slower than the 7% estimate given previously and the 7-9% goal set by the government.

Mr. Helbling cited indicators of scarring effects that policy makers should watch out for.

“Important areas of scarring are prolonged subpar private investment, which in turn would be related to malaise in the financial health and balance sheets of corporates, and problems in labor moving to new employment opportunities in other sectors, underscoring the need to invest more in training and development of new skills,” he said.

“The Philippines has some fiscal space that should be used proactively if downside risks materialize, and monetary policy should remain accommodative unless recent inflationary pressures become more entrenched. Steadfast implementation of structural reforms, combined with a continued public infrastructure push, would help rekindle investment and a return to higher rates of economic growth,” Changyong Rhee, director of the IMF’s Asia and Pacific Department, said in a contributed piece published in BusinessWorld (See story).

Mr. Helbling said continued accommodative monetary policy will be important to support the economy’s recovery, but fiscal support is still critical, especially the need for health and income support as the pandemic continues.

“Once a sustainable recovery is underway, fiscal policy priorities should shift from income to aggregate demand support, including a renewed infrastructure push in emerging growth areas such as digitalization, healthcare, and climate change,” he added.

HIGH UNCERTAINTY
In its Regional Economic Outlook (REO) for Asia and Pacific released on Tuesday, the IMF said emerging markets like the Philippines continue to face threats from coronavirus disease 2019 (COVID-19).

“Other emerging market and developing economies, notably the ASEAN-5 countries (Indonesia, Malaysia, the Philippines, Singapore, Thailand), are still facing severe challenges from a resurgent virus and weakness in contact-intensive sectors,” it said.

The Health department reported 4,496 new COVID-19 cases on Tuesday, bringing the active cases to 63,637. The Philippines has fully vaccinated 22.48% or 24.307 million of its population, according to latest data from the Johns Hopkins University.

Overall, Asia and Pacific region is expected to remain the fastest growing in the world with a 6.5% growth this year, led by China and India, the IMF said.

“The projections are subject to high uncertainty regarding the emergence of new variants, the outlook for supply chain disruptions and inflation, and shifts in global financial conditions. Over the coming months, new infection waves remain the biggest concern,” the IMF said.

The pandemic’s scarring effects will be felt throughout the Asia-Pacific region.

“COVID-19 has resulted in unprecedented output losses in the Asia and Pacific region, leading to inevitable scarring in diminished productivity and lost jobs,” the IMF said.

Losses will likely be bigger than earlier anticipated, leading to a surge in inequality and poverty rates. Loss of learning due to the school shutdowns is also expected to have a long-lasting impact on future earnings and productivity, the IMF said.

“Securing a lasting recovery calls for continued monetary accommodation in countries where inflation is projected to remain below or within target bands, though tapering of asset purchases and of monetary financing should proceed where warranted by inflation prospects and risks to central bank independence,” the IMF said.