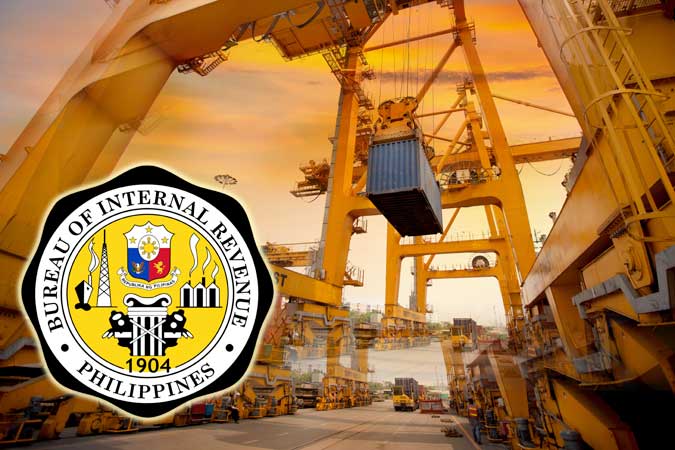 TWO ISSUANCES by the Bureau of Internal Revenue (BIR) adopting a tax refund scheme for raw materials and sweetened drinks shipped outside the country will be detrimental for the exports industry, especially for small players, the chairman of an industry group said.

“This is quite a big concern for exporters. [The new ruling of] BIR makes it more challenging, more difficult for exporters to be getting raw materials from their local source because their local source doesn’t enjoy it (tax refund) automatically,” George T. Barcelon, chairman of Philippine Exporters Confederation, Inc. (Philexport), said in a phone interview on Sunday.

The BIR last week issued Revenue Regulations (RR) No. 9-2021, which imposed a 12% value-added tax (VAT) on raw materials and packaging supplies sold by local manufacturers to exporters. These were previously taxed at zero percent.

The regulations are meant to enforce the 12% VAT on export sales of companies that had previously been exempt as mandated under the Tax Reform for Acceleration and Inclusion (TRAIN) law. The law allows the government to impose the tax once the bureau improves its VAT refund system, where claims will be processed within 90 days, and once a refund center is established.

This issuance was followed by RR 10-2021, which requires the payment of excise tax on sweetened beverages for export upon their removal from production plants, only giving them the option to apply for tax credit or refund, or avail of the product replenishment scheme.

Marissa O. Cabreros, BIR deputy commissioner, said on Sunday RR 10-2021 is meant to “ensure that there is no diversion of what was declared for exportation into the domestic market for domestic consumption.”

All sweetened beverages for export will now be subject to excise tax, while only companies that can present documents that these products have been exported can avail of the tax exemption via the refund scheme, Ms. Cabreros said.

Mr. Barcelon said imposing a tax refund scheme, as opposed to the previous system where companies availed of the zero-percent tax automatically, is a “big hassle” and could cause companies to source their raw materials directly from international companies instead.

He said they will appeal to the Department of Finance (DoF) to suspend these two issuances because they put the exports sector at a disadvantage.

“We would take a position that we would request the ruling be suspended or should not be applied, ’yung dalawa na ’yan… We’ll have to appeal to the DoF, then the BIR and Customs will just follow whatever that is set up,” Mr. Barcelon said.

“That is a disadvantage to the local indirect manufacturers,” he added.

He also noted that these new rules came at a time when local exporters are only starting to rebound from the impact of the coronavirus pandemic while their counterparts in larger economies like the United States are already well on their way to recovery.

“Also, once you go through the bureaucratic process, small businesses are at a disadvantage since they are short-staffed and quarantine requirements are still in place. That is troublesome,” Mr. Barcelon said in a mix of Filipino and English.

Exporters are likewise at a disadvantage because of the peso’s strength versus the dollar as this makes exported goods more expensive abroad and narrows their margin, he added.

The peso has ranged around P47-48 versus the greenback since the pandemic started. Prior to the crisis, the local currency stayed above the P50-a-dollar mark.

The country’s total external trade in goods — or the sum of merchandise exports and imports — stood at $14.16 billion in April, more than double the $6.83 billion in the same month last year, Philippine Statistics Authority (PSA) data showed.

For the same four-month period, exports and imports grew by an annual 19% (to $23.37 billion) and 21.9% (to $34.46 billion), respectively. These surpassed the Development Budget Coordination Committee’s revised growth targets for exports and imports at 8% and 12% for the year. — Beatrice M. Laforga

2GO banking on modernization to return to profitability; no plans to raise capital despite...