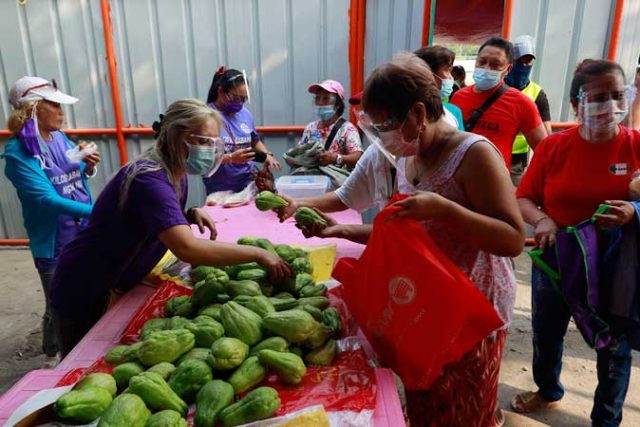 THE Philippine economy’s recovery is expected to be “fragile,” the Asian Development Bank (ADB) said on Wednesday, as it slashed its growth forecast to 4.5% this year due to uncertainties over the prolonged coronavirus pandemic.

In its latest Asian Development Outlook report released on Wednesday, the ADB said it now sees the country’s gross domestic product (GDP) growing by 4.5%, slower than its 6.5% forecast given in December and below the government’s 6.5-7.5% target.

“[The growth forecast] does tell us that the economy is on recovery, [but] it’s not as fast as we expected last year, or what we wanted. We would want to see a much faster growth rate,” Kelly Bird, ADB country director for the Philippines, said at a briefing on Wednesday.

For next year, ADB gave a 5.5% GDP growth projection, lower than the economic managers’ 8-10% target.

“The recovery in the Philippines is expected to be fragile. Uncertainties over the course of COVID-19 (coronavirus disease 2019) continue to weigh on household and business sentiment,” the ADB said in the report.

The ADB said its growth outlook assumes “modest fiscal expansion, especially through infrastructure spending and social assistance, COVID-19 vaccination advancing in the second half, and a global economic recovery.”

Mr. Bird added that the estimates already took into account the economic impact of the nearly five-week hard lockdown in Metro Manila and the nearby provinces which is scheduled to end on April 30.

Among Southeast Asian peers, the Philippine economy is expected to lag behind Vietnam (6.7%), Malaysia (6%) and Singapore (6%), but at par with Indonesia (4.5%). Thailand’s economy is expected to grow by 3% this year, while Myanmar, which continues to face political and social unrest, is seen to contract by 9.8%.

ADB cut its growth forecast for Southeast Asia to 4.4%, due to the drastic decline in Myanmar’s economic output.

Mr. Bird said the Philippine economy’s growth will be driven by state spending, household spending and exports, while private investments will remain subdued due to excess capacity across industries. Many companies are likely to delay investments and focus on debt consolidation, he added.

Fiscal policy will expand this year by an equivalent of 1.3 percentage points of GDP, he said. Household consumption could only rise moderately unless the economy reopens further, Mr. Bird added.

The pace of the country’s vaccination program will remain modest as risks of a global supply shortage remain, according to the ADB.

“If substantial progress (in vaccination) is made, that would have a boost in consumer and business confidence and would lead to higher growth. If consumers and businesses react stronger in terms of confidence as the program is rolled out, then we will see higher growth,” Mr. Bird said.

Mr. Bird identified as a downside risk the implementation of the so-called Mandanas ruling next year, as it may disrupt the government’s programs and projects.

The government is shifting about P234.4 billion worth of programs and projects to local government units for implementation next year to comply with the Supreme Court ruling on the Mandanas case.

“Next year, when expenditure functions are also being transferred to local governments, there’s always that teething period where they’ve got to kind of revise their budgets, they’ve got to bring in new staff, new skills to implement those projects. So there is always a risk that on the ground there will be some delay in project or program implementation. That’s kind of a natural outcome of transferring functions to local governments,” Mr. Bird said.

Poverty incidence will also remain elevated this year, the ADB official said, but the rate will start to go down once restrictions are lifted and the economy recovers. The ADB estimated poverty rate at 20% this year.

The slower economic recovery could have a delayed effect on the labor market where the unemployment rate continues to go up even as the economy is already expanding.

The ADB noted that there is a shift in composition of the labor market where more jobs are created in the informal sector, which generally have less quality jobs, than in the formal sector that are more stable.

About 1.7 million formal jobs in the private and public sectors have been wiped out one year to January, against the increase of 435,000 jobs in the informal sector during the same period.

“The composition across sectors has changed. So the concern for us is that the employment that’s been generated is in the informal sector. These are generally the less stable employment activities: with unstable earnings, not always covered by the social system, and they don’t have access to skills training so they are lower quality jobs. That’s the concern that lower quality jobs are being created, not the quality jobs,” Mr. Bird said.

LEARNING LOSSES
School closures due to the pandemic also had a huge impact on potential earnings of students according to the report. In the Philippines, schools had been closed for more than 200 days, causing limited opportunities for students to learn the skills they could have obtained better via physical classes, the ADB noted.

Learning losses in the Philippines both in the quantity and quality of education, translated to 0.61 lost learning-adjusted year of schooling due to class disruptions, or equivalent to a 8.11% drop from the 2020’s baseline year, based on ADB estimates.

Each Filipino student affected by the school closures, could suffer potential earning losses of $131 (P6,338) per year in the future, or a 3.9% drop in what they could have earned annually had the pandemic not hit, the ADB said. This translates to $26.9-36.1 billion in lost lifetime earnings for Filipino students.

Meanwhile, the multilateral lender estimated headline inflation will accelerate by an average of 4.1% in 2021 to breach the central bank’s annual target of 2-4%. Inflation will be driven by the prolonged impact of the African Swine Fever on the local pork industry and the rising prices of international goods, the ADB said.

Mr. Bird said supply-side pressures will likely ease and inflation will not be a “major problem” for the economy this year.

Consumer price index was expected to slow down to 3.5% by next year.

The ADB said the Bangko Sentral ng Pilipinas is likely to keep its accommodative stance to support recovery but further policy easing will likely be put on hold. — Beatrice M. Laforga

NEDA board approves updated economic blueprint for next 2 years

Infrastructure spending increases by 45% in April