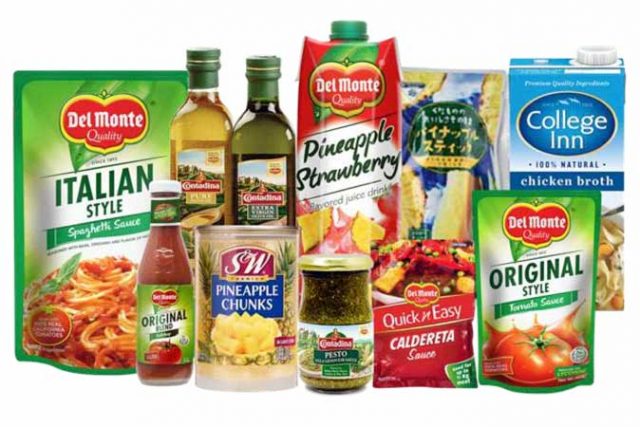 DEL MONTE Philippines, Inc. (DMPI) on Wednesday revived its initial public offering (IPO) plan, which aims to raise as much as P44 billion.

In a filing with the Securities and Exchange Commission (SEC), DMPI said it will offer and sell up to 699.33 million secondary common shares, with an over-allotment option of up to 104.899 million common shares.

The shares will have a maximum price of up to P54.80 each, which could make DMPI’s IPO one of the biggest in the Philippines.

DMPI said the offer consists of existing common shares owned by Del Monte Pacific Ltd. (DMPL) subsidiaries Central American Resources, Inc., which will sell up to 15% of its 87% stake in DMPI, and SEA Diner Holdings (S) Pte Ltd., which is offering 10% of its 13% ownership in the company.

The company, which is known for its tomato sauce and pineapples, said proceeds from the offering will be used by its parent DMPL for debt repayment and redemption of some preferred shares.

Shares will be listed on the main board of the Philippine Stock Exchange (PSE).

“Our company has demonstrated resilience during the last 12 months, growing our operations and efficiency in a challenging year. This gives us the confidence to embark on the next phase of our journey. We firmly believe that this will better position us to take full advantage of our market leading position and to further accelerate our strategy across the region,” Joselito D. Campos, Jr., DMPI president and CEO, said in the preliminary prospectus.

The company reported P3.47 billion ($72.2 million) in net income in fiscal year 2020. Around 60% of its revenues came from the Philippines last year, it said.

In 2018, DMPI shelved its IPO, citing volatile market conditions, even after it had secured approval from the SEC and the PSE.

“DMPI’s reapplication for IPO [is] not that surprising… However, with its max price of P54.80 they might need to put twice the effort they did back then to persuade the public to jump aboard with them amid the pandemic,” Regina Capital Development Corp. Head of Sales Luis A. Limlingan said via Viber message.

Mr. Limlingan said that it’s too early to say if DMPI’s planned listing is a sign of renewed confidence in the local market.

“We need to see these interests get materialized first before we can safely say that confidence is indeed back in the Philippine market,” he said.

“In a broad sense, DMPI, like Monde Nissin Corp., serves the consumer sector, in particular, the food and beverage segment. So the two going for an IPO somehow shows that there is confidence in the said sector,” Mr. Tantiangco said in a separate Viber message.

“This is also one of the sectors which are likely to remain resilient amid the challenging times caused by the pandemic,” he added.

Monde Nissin is scheduled to launch its IPO worth up to P72 billion next month.

Incorporated in the Philippines in 2015, AMAL provides business consultancy services for small and medium enterprises, with a focus on mergers and acquisitions.

In its preliminary prospectus filed with the SEC, AMAL said it plans to sell up to 130 million primary common shares, which will be priced up to P2 per share.

The company said it plans to use the proceeds to open offices in Singapore and Indonesia, as well as establish a lending business in the Philippines.

AMAL’s shares will be listed on the PSE’s small, medium, and emerging board.

Investment & Capital Corporation of the Philippines will be the sole issue manager and sole underwriter for AMAL’s offer.

So far, only DDMP REIT, Inc. has listed on the stock exchange this year. — Keren Concepcion G. Valmonte

Unemployment rate jumps to three-month high in May

How to change the world by eating