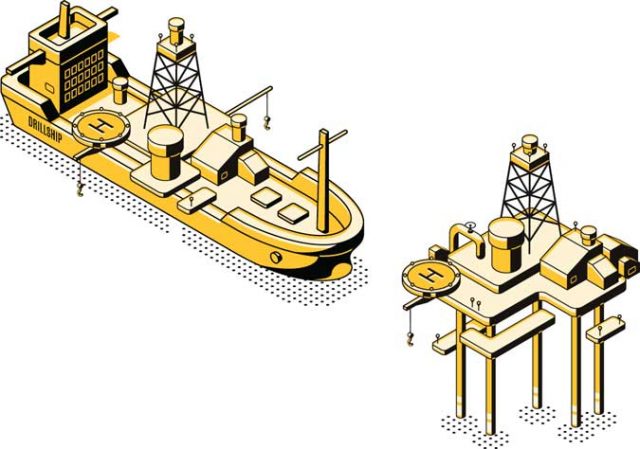 THE TRANSITION to imported natural gas was dictated by the impending depletion of the Philippines’ only indigenous provider of the resource, the Malampaya project. Malampaya provides fuel to natural gas-fired power plants in Batangas, which account for around 30% of the Luzon grid’s power needs. But with the field’s commercially viable reserves expected to run out by 2024, the power industry is racing to build out the infrastructure needed to bring in the gas and keep the power plants running.

As of February, at least six firms have expressed interest in setting up liquefied natural gas (LNG) terminals, either onshore facilities or floating storage regasification units (FSRU), which are needed to transform LNG into a form that power plants can use.

One of the issues that has turned up is how the LNG import sub-industry is to be regulated, including overarching concerns about the Philippine market’s general openness — or lack thereof — to foreign investment.

Batangas Clean Energy, Inc. (BCE) President Yari A. Miralao noted that anyone who wants to build an LNG terminal has to deal with the “lack of a regulatory framework to govern and incentivize this new industry; legal and regulatory constraints for foreign investors; the scarcity of good sites to build a facility, and poor infrastructure to deliver and distribute the natural gas to end-users.”

“Despite these headwinds, BCE recognizes the Philippine government’s efforts to address these issues and believes that conditions will improve going forward,” Mr. Miralao said in an e-mail.

BCE, a joint venture between Lucio C. Tan, Sr. and US-based Gen X Energy, is seeking to develop a P82.5-billion land-based project in Batangas, where natural gas plants in Luzon are clustered because the province was the landing point for gas extracted from the Malampaya field in northern Palawan.

The BCE project currently holds a notice to proceed (NTP) issued by the Department of Energy (DoE), a key milestone before construction.

PROPOSED MEASURE
Much of the LNG infrastructure industry’s hopes for regulatory clarity have been pinned on a piece of legislation, the proposed Midstream Natural Gas Industry Development Act.

DoE Assistant Secretary Leonido J. Pulido III said the urgency of having proper regulation in place stems from the view of prospective investors that the Philippines is a small market for LNG, which could encourage the development of monopolies.

His wish list for the midstream natural gas industry bill includes “provisions for third-party access in the use of the LNG infrastructure (to) increase competition in the market.”

“The measure institutionalizes a regulatory and legal framework for the industry, which is important for investors because it gives them a peace of mind that there are sufficient protections for them to recoup their initial investment… We’re also hoping that (the bill) would incentivize industries to shift to the use of natural gas,” Mr. Pulido said by phone.

Ideally, he said the bill should strike a balance between enforcing industry best practices and enabling free-market solutions.

Senator Sherwin T. Gatchalian, who chairs the Senate Committee on Energy, said that the measure is configured to exert a light regulatory touch, while letting the private sector take the lead in developing the LNG industry.

“We will only regulate the competition aspect of those plants, because we want to make sure that there is robust competition, and allow third-party access,” Mr. Gatchalian said in a video call.

The proposed regulations, he said, will cover import terminals, regasification facilities and pipelines.

“The best case is to get the terminals and regasification plants up and running prior to the depletion (of Malampaya). We need to get this law up and running soon because it gives the players the framework on how to proceed with their businesses,” Mr. Gatchalian added.

The consequences of not having enough LNG importing facilities to make up for the lost Malampaya gas, Mr. Gatchalian said, include an “electricity price crisis.”

“What will happen is that these plants will (use) gas condensate or oil, but it will have a very severe impact on pricing so the prices will go up and it will be passed on to us. It’s imperative that we get imported LNG before the depletion or else we will be faced with higher electricity costs,” he said.

University of the Philippines Diliman energy engineering professor Nicanor S. Villasenor III said the development of LNG import terminals addresses the immediate need for power, but much has to be done to ensure energy security.

“With Malampaya, more or less, we have some good level of energy security because we’re sourcing gas from our territory. But when you’re importing the fuel, it becomes a problem… As far as energy security is concerned, this is imported fuel. If anything happens globally along the supply chain, we can be (vulnerable) in terms of prices,” Mr. Villasenor said.

CLEANER THAN COAL?
Mr. Pulido said that the DoE advocates for natural gas since it is considered a “clean alternative to coal and a bridging fuel to (the future expanded use) of renewable energy (RE).”

He said that RE sources are intermittent by nature, but natural gas is more capable of addressing “baseload” demand — the portion of the generation mix that needs to be reliable and always on, as opposed to “peaking” — energy sources that are tapped when baseload capacity is exceeded.

“The beautiful thing about the value proposition of natural gas is its flexibility. You can easily adjust the amount of power that you need to balance the grid and that’s why it’s classified as mid-merit power. It can be baseload, and it can be used for peaking purposes,” he said.

Center for Energy, Ecology, and Development Executive Director Gerry C. Arances said however that natural gas is no alternative to coal, which the government recently declared a moratorium on with regard to new power plant construction.

“The turning of the tide against the coal industry seems to be giving the DoE an excuse to flaunt gas as the ready alternative and brand it as ‘clean energy.’ In fact, (we) refer to it as ‘fossil gas,’ if only to remind proponents that gas is but another obstacle to the reduction of greenhouse gas emissions required by the climate crisis,” Mr. Arances said in an e-mail.

He said that although natural gas emits up to 60% less carbon dioxide compared with a new coal plant, using the former “did not make it any better” than coal.

“Like coal, every stage of electricity production from fossil gas — from its extraction, transportation, to combustion — gives off pollutants that contaminate host environments and trigger health problems among communities exposed to it. It, too, is finite and thus vulnerable to fluctuations in supply and demand, unlike RE,” Mr. Arances said.

The latest draft of the National Renewable Energy Program, which is scheduled for a public hearing, currently gives natural gas a key role in accelerating the development of renewables.

National Renewable Energy Board Chairperson Monalisa C. Dimalanta has projected “an increase in RE share… supported by higher flexibility in the system coming from natural gas plants all the way to 2030, with a slight decline by 2040.”

Average rents in Taguig now higher than in Makati