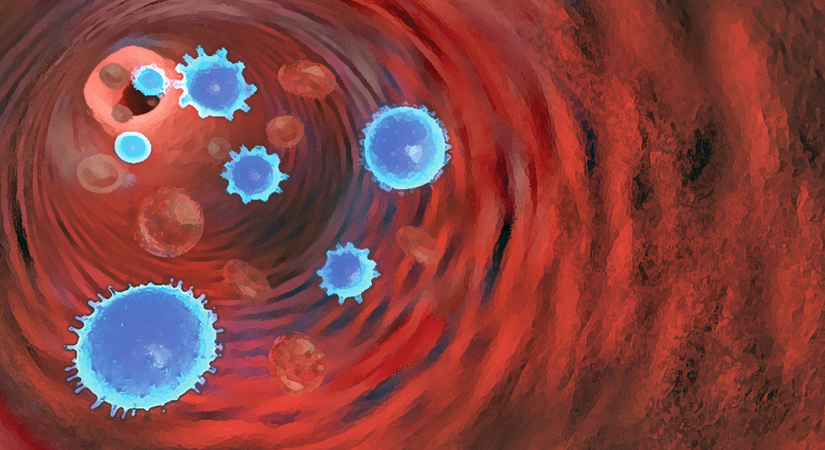 The global COVID-19 crisis has heightened interest in a 73-year-old novel by Albert Camus. Published in 1947 in Paris, France, The Plague (La Peste in the original French) is a fictional account of an outbreak of bubonic plague in the French-Algerian town of Oran.

Born in Algeria when that country was still a colony of France, Nobel Prize laureate Camus delves into how his novel’s protagonists respond to the seemingly impossible task of stopping the contagion while doing all they can to help the afflicted. In the process he takes the reader into the complexities of the human yearning for meaning and purpose despite death and the absurdity of existence.

The less philosophical and conventional interpretation of one of Camus’ best known works is that it is an allegory of the Nazi occupation of France — of the plague that swept through that country and the rest of Europe during World War II which was far deadlier than the epidemics that throughout history have killed millions across the planet.

But the novel is also engaging at the literal level as simply a human struggle against a lethal infection. Camus excludes from his work the Arab populace. But he is nevertheless able to rise above that seemingly colonial bias by demonstrating how human beings, no matter their convictions, their ideology or their race are able to come together to combat the threat of death despite the most terrible odds, and in the process give their lives some meaning.

The same commitment to our common humanity is evident in at least some Filipinos’ response to the COVID-19 pandemic. Despite the danger to their health and lives, most of the country’s medical workers — doctors, nurses, pharmacists, caregivers — remain at their posts and are continuing to provide the services needed not only by those who have been stricken by the disease, but also those who need medical advice and care as well as maintenance medications.

Scientists at the University of the Philippines have worked overtime to develop an inexpensive COVID-19 test kit, while responsible journalists provide information and analysis about the disease and report the numbers afflicted, their nationalities and places of confinement, as well as the fatalities.

Despite the above examples, irresponsible and uncaring trolls nevertheless persist in spreading false information through social media. And many are the hoarders of prime commodities and health and cleaning supplies who are indifferent to the welfare of others as the disease spreads and claims more victims.

In Camus’ Oran what the government was doing was so irrelevant there was little mention of it except its refusal to call the plague a plague. In President Rodrigo Duterte’s Philippines, the government response has been at least problematic and qualifies as a Philippine version of the absurd.

Mr. Duterte supposedly banned travelers from China, Macau and Hong Kong from entering the Philippines last February, five long weeks after international and Philippine media reported the outbreak of a “mysterious” disease in Wuhan, China. But visitors from China continued to come to the Philippines through, among other means, the “pastillas” racket at Immigration in which a “fee” of P10,000 each entitles a visitor to “special treatment.”

The declaration of a public health emergency took weeks more, despite the Department of Health’s (DoH) opinion that it should have been done earlier. The Health Secretary and a senator made it a point to stop Filipinos from “singling out” China as the source of the infection. DoH personnel were earlier also issuing conflicting statements on the number of those afflicted and the extent of the threat. The Department then revised its report on the number of COVID-19 patients and declared a pandemic. From three last week, the number has risen to 187 as of Wednesday, March 18.

The latest indication of how the Duterte regime is addressing a crisis whose dangers Mr. Duterte had earlier minimized is a so-called “community quarantine” of Metro Manila that he called a “lockdown.” It was initially neither.

Almost predictably did Mr. Duterte conclude his “lockdown” declaration by praising China and completely ignoring the selflessness and dedication of the Philippines’ own health workers and scientists.

For a quarantine or lockdown to be effective in stopping the transmission of the disease, no one and nothing should be allowed to enter or leave Metro Manila. That should have been more than obvious to anyone with a two-digit IQ, but the regime apparently realized it only three days after Mr. Duterte’s March 12 press conference.

Despite his declaration that sea, domestic air and land travel to and from the capital would be banned, a Cabinet official announced exemptions that allowed the entry and departure of the non-Metro Manila residents who commute to the capital daily, which could make the spread of the disease to and from outlying provinces likely. The lockdown was later “enhanced” without prior notice, thus stranding thousands of non-residents who had reported for work in Metro Manila.

The much publicized “lockdown” declaration itself was silent on one of the most critical protocols of all in preventing the spread of COVID-19: the imperative of social distancing, or for people to be at least one meter apart. Mr. Duterte’s declaration said transportation services in Metro Manila will continue. Only later was the maximum number of passengers in public utility vehicles limited to half their usual capacity.

There was nothing in his declaration or later about the disinfection of trains, buses and other means of public transport. The regime stopped their operations altogether. Neither was there any mention of what it intends to do for the poor communities where people live cheek-by-jowl with each other — or, in the aftermath of the shutdown of a number of businesses, what the recently unemployed and their families will live on. Mr. Duterte did make tentative noises about the barangays’ feeding the populace and his paying their rent. But exactly how either can be done — or if he was at all serious — is still unknown.

Absent was what government will do to prevent the spread of the disease among the poor, given the lack of running water in their communities and the shortage and prohibitive cost of face masks, hand sanitizers, bleach and alcohol to millions of residents. The Department of Finance has announced that some P27 billion has been set aside for the crisis, but has provided no details on how it will be spent.

Its obvious unpreparedness was hardly surprising for a regime whose main distinction has been its inability to plan and effectively implement anything except the killing of dissenters and the poor. But what seems to be the exception this time is its use of the COVID-19 crisis as an excuse to further empower the police and military — whose presence was more than prominent during Mr. Duterte’s March 12 press conference announcing the Metro Manila “lockdown” — by enforcing his suspension of the Constitutional right to peaceful assembly.

By saying that it was not martial law he was declaring, Mr. Duterte aroused suspicions that it is a version thereof, or a prelude to a nationwide declaration. Rather than assuring the health and well-being of the people, what he seems to be more focused on is further cementing his hold on power.

What all this is once again demonstrating is that, in the Philippines as in Albert Camus’ Oran, it is the people themselves, as the health workers and those other men and women at the frontlines of the fight against COVID-19 are proving, who can most effectively assure their own health and well-being in the present crisis rather than what passes for governance in this, the country of our sorrows.