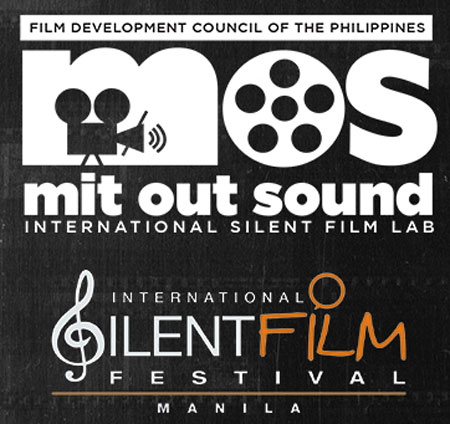 IT IS rather ironic that the first silent films made in the Philippines were influenced by the zarzuela, a Spanish traditional musical comedy or drama with plotlines about everyday life.

“For almost the first 50 years of cinema in the country, zarzuela films were the dominant cinematic films [in the country]. The irony came when cinema was silent. And so how can we say there was influence of zarzuela which is a musical form?,” said Nick Deocampo, film director and historian, and Associate Professor at the Film Institute of the University of the Philippines, during the online press launch of the 15th International Silent Film Festival (ISFFM) which was held on May 12 via Zoom.

“How did it influence, for example, the making of the Dalagang Bukid?,” said Mr. Deocampo, who gave a short introduction to silent films in the Philippines.

Dalagang Bukid (1919) was the first silent narrative film by the “Father of Philippine Movies” Jose Nepumuceno.

“Even if the film itself was silent, Jose Nepumuceno has an orchestra play the music,” Mr. Deocampo pointed out, adding that the film’s lead actress, Atang de la Rama, would sing the song “Nabasag ang Banga” (“The Jar is Broken”) live at the theater during screenings.

It is with this backdrop that one sees how appropriate has been the form taken by the International Silent Film Festival through the years — it has shown silent films from different countries with live musical accompaniment in the theater during the screenings — in one of the oldest film cultures in Asia.

“Silent films have passed, but they’re not gone. In this day and age, where audiences are stirred with the new, as well as the nostalgic, the silent film still finds its way into the hearts of many film enthusiasts,” said Film Development Council of the Philippines (FDCP) Chairperson and CEO Mary Liza Bautista Diño-Seguerra at the press launch.

And on this its 15th year, the ISFFM sets out to promote silent filmmaking by establishing Mit Out Sound (MOS): International Silent Film Lab 2021. The competition also serves as a tribute to the film pioneer Jose Nepumunceno.

The online MOS: International Silent Film Lab aims “to encourage the production of silent films and discover new talents,” said a press release. The participants will be mentored by local and international filmmakers on story development, editing, and other technicalities.

“For the very first time, we hope that through this endeavor, our filmmakers can rediscover the silent genre and create reimagined portrayals of the cinematic past of the Philippines, the silent cinema era,” said Ms. Diño-Seguerra.

The ISFFM — which was established in 2007 by the FDCP, the Embassy of France, the Philippine Italian Association (PIA), Goethe-Institute Philippines, Instituto Cervantes de Manila, and the Japan Foundation, Manila — has issued a nationwide call for entries by amateur and professional filmmakers aged 16 and above. The competition carries the theme “Reimagining the Past with the Present.”

Ten filmmakers will be chosen to undergo the intensive MOS film lab. The FDCP, through its Film Cultural Exchange Program (FCEP), will conduct all MOS activities, including the Visual Storytelling Lab, Safe Filming Lab, and Editing Lab sessions that will be held via Zoom.

Participants will each be awarded a production grant worth P50,000 to produce their silent shorts which will premiere at the Silent Short Film Competition at the 15th ISFFM in November.

The FDCP is currently coordinating with the National Commission for Culture and the Arts (NCCA) for a hybrid format closing ceremony, where the films will be screened in a movie theater accompanied with live music and audiences may view them online.

“Silent film is our own audiovisual heritage that acts as a time machine to our distant past, transporting us to the beauty of the mysterious of the beginning of cinema. Breathing life into these films through contemporary music, allow us to recollect that knowledge and relationship today to the legacies of our ancestors in the past,” Japan Foundation Manila Director Ben Suzuki said at the same press launch.

“As one of the founders of this festival, it is my greatest hope that through this initiative, we could continue to inspire more Filipinos to create extraordinary films,” Mr. Suzuki said.

The deadline for interested filmmakers to submit the needed requirements to specialprojects@fdcp.ph is June 18. To download the application form and for more information, visit https://www.fdcp.ph/mitoutsound. For inquiries one may also contact Julienne Calugcug at jmcalugcug.fdcp@gmail.com or specialprojects@fdcp.ph. For more information, visit https://www.fdcp.ph/media/international-silent-film-festival-manila-launches-silent-film-competition-its-15th-year. — Michelle Anne P. Soliman

The enduring humanity of work

Sovereignty and economic advancement are not binary options

The value of a signature

The art market in the new normal